The neglected Canadian animator Richard Williams directed and coscripted this mind-boggling London- made cartoon musical feature (1995), the first to be made in ‘Scope since Disney’s Sleeping Beauty in 1959. It’s a movie that’s been in and out of production since 1968, apparently because Williams mainly worked on it as a labor of love in between more lucrative projects (such as Who Framed Roger Rabbit). Eventually he lost creative control, and it’s impossible to say whether the movie would have been more or less coherent without the postproduction interference: the storytelling is perfunctory, but the imaginative animation, which revels in two-dimensionality, is often wonderful — an improbable blend of Escher, op art, Persian miniatures, and Chuck Jones that shoots off in every direction and seems great for kids. Arabian Knight is a lot more memorable than either Aladdin or Pocahontas (though its cultural references are much more varied and confused). The cast of offscreen voices includes the late Vincent Price as the main villain, Matthew Broderick as the hero, a humble cobbler, Jennifer Beals as the princess, Eric Bogosian, Toni Collette, and Jonathan Winters as a disreputable thief. Margaret French collaborated on the script, and Robert Folk and Norman Gimbel wrote the songs. Read more

Lady In The Water 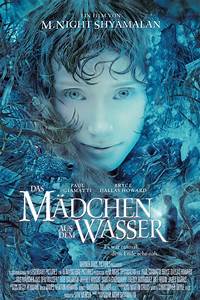 Paul Giamatti plays a stuttering everyman, an apartment-building janitor who’s itching for redemption and finds it in the shape of a new age allegory by M. Night Shyamalan. More specifically, he finds a fairy-tale nymph named Story (Bryce Dallas Howard) living under the building’s swimming pool and menaced by occult beasties until the tenants join forces against them. It’s hard to think of a deadlier shotgun marriage than Jacques Tourneur’s poetry of absence and Spielbergian uplift, but Shyamalan has patented the combo, adding pretentious camera movements that are peculiarly his own — even the jokes are pretty solemn. But count on Christopher Doyle’s lush cinematography and a lively cast to take up the slack. With Bob Balaban, Jeffrey Wright, Sarita Choudhury, Freddy Rodriguez, Bill Irwin, Jared Harris, and Shyamalan, playing a writer. PG-13, 110 min. (JR)

The Elusive Moment of Thought 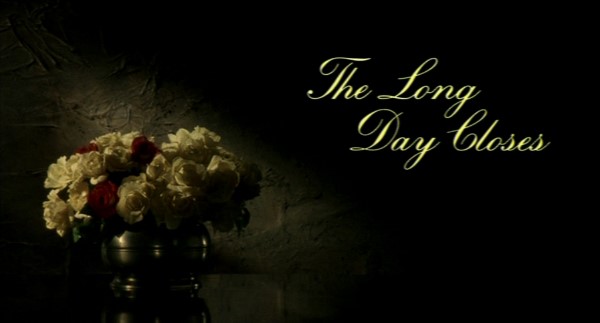 Directed and written by Terence Davies

I began making films [out of] a deep need . . . to come to terms with my family’s history and suffering, to make sense of the past and to explore my own personal terrors, both mental and spiritual, and to examine the destructive nature of Catholicism. Film as an expression of guilt, film as confession (psychotherapy would be much cheaper but a lot less fun). — Terence Davies

With The Long Day Closes English filmmaker Terence Davies completes his second autobiographical trilogy. (Faber and Faber has conveniently published the screenplays of the six films — all his films to date —  with an introduction by Davies, under the title A Modest Pageant.) I haven’t seen the first trilogy — Children (1976), Madonna and Child (1980), and Death and Transfiguration (1983) — but the first two parts of the second, shot in 1985 and 1987 and distributed as a single feature, Distant Voices, Still Lives (1988), still strikes me as one of the greatest of all English films. Read more

How The West Was Won 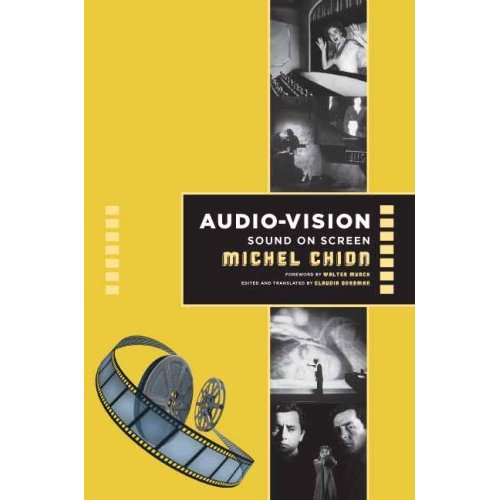 Eighteen years ago, during my first quarter of film teaching, I terminally alienated some of my students in a lecture course on film esthetics with the following lesson in materialism. First I showed them Buñuel and Dali’s silent Un chien andalou several times, each time with a radically different musical accompaniment. Then I asked them on a quiz whether the statement, “The use of different kinds of music to accompany a silent film changes the film profoundly,” was true or false. Afterwards I explained to them that such a statement could only be false because the film remained the same regardless of whatever music accompanied it; the music changed only the way we looked at and ‘read’ the film, not the film itself.

I’m not recommending this as a teaching method, especially if one wants one’s contract renewed (mine wasn’t), but I’m bringing it up to illustrate the degree to which a certain amount of mystification about the relationship between image and sound is firmly entrenched in the way we think about film. Read more

Set in a small provincial town in Poland the day after the country’s liberation in the spring of 1945, Ashes and Diamonds, Andrzej Wajda’s third film, may still be the most influential of his career. Yet, curiously, its impact both today and some 40 years ago seems predicated in part on the slightly anachronistic effect produced by superimposing the mid-fifties over the mid-forties — specifically, existential angst laid over a gloomy sense of exhaustion at the end of the war.

Above all, the black-leather-jacketed figure of Zbigniew Cybulski as Maciek, an uncertain resistance assassin — clearly derived from the Marlon Brando of The Wild One (1954) even more than  the Brando of On the Waterfront from the same year, or the James Dean of East of Eden, and Rebel Without a Cause from the following year — reinvented postwar Poland in hipster terms. And the resulting image of the actor (who died prematurely in a railroad accident less than a decade later) was fixed in the popular imagination for good.