Where Lies Your Hidden Smile?

It isn’t necessary to have seen anything by Jean-Marie Straub and the late Daniele Huillet to appreciate this sublime and often hilarious 2001 account of their editing a film together. (Even so, it’s a pity the 1999 film they’re editing, Sicilia!, isn’t being shown as well.) This quarrelsome, loving, eccentric couple and director Pedro Costa are avant-gardists with an unusually keen understanding of so-called classical cinema (Chaplin, Ford, Hawks, Mizoguchi, Ozu), and this becomes clear in Straub’s monologues, Huillet’s precise cuts (which we observe in detail), and Costa’s beautiful way of capturing them both. Australian film critic Adrian Martin calls this probably the best documentary of any kind he has ever seen; it’s certainly the best film ever made about editing. Thierry Lounas codirected. In French and Italian with subtitles. 104 min. (JR) Read more

Yukihiko Tsutsumi’s 2006 tearjerker concerns a successful advertising salesman pushing 50 (Oscar nominee Ken Watanabe) who discovers he has Alzheimer’s around the same time his only daughter is about to get married. Despite Watanabe’s skill in conveying this character’s growing desperation, he has to compete with such a hectoring, melodramatic score and so much directorial nudging that I emotionally checked out of this at the end of the first half hourafter which the film still had another hour and a half of solid grief to go. Some nuances persist, but they tend to get smothered. In Japanese with subtitles. 122 min. (JR) Read more

Todd Haynes’s multilinear treatment of Bob Dylan’s early career encompasses no less than six actors and characters: an 11-year-old black musician calling himself Woody Guthrie (Marcus Carl Franklin), a white folksinger (Christian Bale), an actor who plays the folksinger in a movie (Heath Ledger), a poet who invokes Arthur Rimbaud (Ben Whishaw), a rock icon in swinging London (Cate Blanchett), and a western outlaw known as Billy the Kid (Richard Gehr). What emerges is a speculative, critical essay about the 60s, weighted down in spots by political correctness and a conflicted desire to mock Dylan’s denseness while catering to his hard-core fans, but otherwise lively, fluid, and watchable. Even if Haynes never comes up with anything as fleet or as funny as the Subterranean Homesick Blues sequence at the beginning of Don’t Look Back (a source he plunders repeatedly), he gives us plenty to chew on. With Charlotte Gainsbourg and Julianne Moore. R, 135 min. (JR) Read more

Margot At The Wedding

After his charmingly painful Kicking and Screaming (1995) and Mr. Jealousy (1998) and his more painfully autobiographical The Squid and the Whale (2005), writer-director Noah Baumbach announces No more Mr. Nice Guy in this hysterically hyperbolic and unpleasant if still witty dissection of family traumas. The neurotically judgmental title heroine (Nicole Kidman), a successful fiction writer, takes her son (Zane Pais) to the country to attend the wedding of her estranged, New Agey sister (Jennifer Jason Leigh) to a confused slacker she’s recently met (Jack Black). Apart from John Turturro in a cameo, all the characters are monsters and/or basket cases (and the next-door neighbors are a nightmare projection of the family’s class and ethnic fears). Though no family on earth is likely to be as dysfunctional as this one, realism is no longer Baumbach’s register. It’s almost as if Woody Allen had shifted his allegiance from Bergman to Strindberg while tripling his skill in handling actors. R, 93 min. (JR) Read more 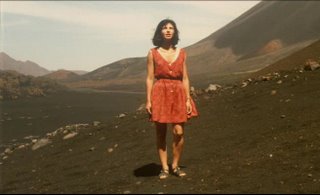 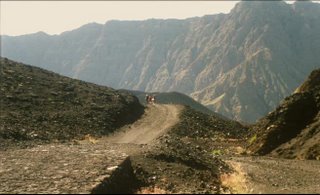 Pedro Costa’s longest and most challenging film (2000) is also the one in which he most fully discovers his present method (shooting beautifully composed tableaux without camera movement in digital video, with scripted dialogue) and subject matter (immigrants from Cape Verde and junkies, all nonprofessional actors playing themselves, inhabiting hovels in a Lisbon slum that are audibly and visibly being razed). The title heroine, who lives with her mother and sister, spends most of her time getting stoned or selling vegetables door-to-door, and we get to know the daily rituals of many of her neighbors equally well. Sandwiched between Costa’s Bones (1997) and Colossal Youth (2006), which feature some of the same people and settings, as well as comparably exquisite lighting and employment of color, this is passionate and demanding chamber cinema of a very special kind. In Portuguese with subtitles. 178 min. (JR) Read more 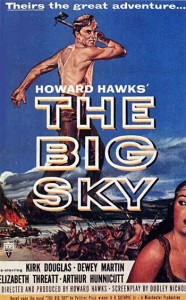 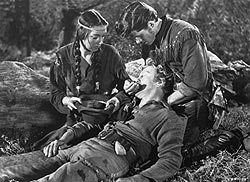 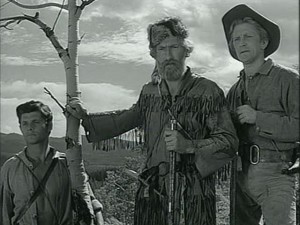 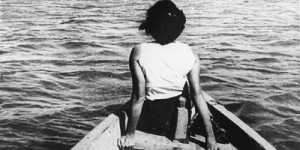 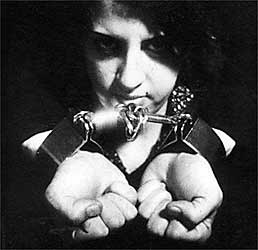 A very charming and funny derivation of the Jarmusch manner from Uruguay (2001), written and directed by Juan Pablo Rebella (who took his own life in 2006) and Pablo Stoll. The basic focus is on three hungover slackers one busy Saturday in Montevideo. I served on the jury for the Buenos Aires Festival of Independent Film that awarded its acting prize to the three likable leads (Daniel Hendler, Jorge Temponi, Alfonso Tort), and the film won many well-deserved festival prizes elsewhere (including a couple in Rotterdam). In Spanish with subtitles. 94 min. (JR) Read more

It’s hard for me to remember a film I’ve felt more conflicted about than Brian De Palma’s low-budget effort about the Iraq occupation, based on the real-life story of a 14-year-old Iraqi girl who was raped and killed by American soldiers. It shows rare courage in protesting the widespread abuse of innocent Iraqis, but its pseudodocumentary form is full of awkward misfires (such as a protracted use of theme music from Barry Lyndon) and its acting is often terrible. In some respects a remake of De Palma’s Casualties of War (1989), which was derived from a real-life atrocity committed by American soldiers in Vietnam, this film goes much further in its rejection of American justifications for war, but it’s also a good deal coarser in much of its overall conception as well as its style. R, 90 min. (JR) Read more

Richard Kelly (Donnie Darko) describes his extravagant SF turkey as big and political and sprawling, and at least he’s right about the first and third adjectives. A nuclear bomb goes off in Abilene, the U.S. becomes a police state monitored by Miranda Richardson, and a cackling Wallace Shawn launches a dirigible and stands poised to take over the planet. A Republican action hero (Dwayne Johnson) gets his memory erased by butt-kicking women (including Cheri Oteri) called neo-Marxists, meanwhile hanging out with a former porn star (Sarah Michelle Gellar) and a beach cop with a twin (Seann William Scott) and pitching his visionary script. You can’t be both political and incoherent, and even though Kelly’s models are Kiss Me Deadly and Blade Runner, this vision of the near-future suggests a random blend of Dr. No and Faster, Pussycat! Kill! Kill! R, 144 min. (JR) Read more

With milky whites, inky blacks, and delicate leafy shadows inspired by such 50s films as The Big Heat and Pickpocket and fairy-tale poetics evoking The Night of the Hunter, Pedro Costa’s tender first feature (1989) is gripping even if you can’t fathom all of the plot. Between Christmas and New Year’s in a small riverside village, the father of two boys, ages 10 and 17, mysteriously dies and a loving schoolteacher (Ines de Medeiros) and three sinister men (an uncle from Lisbon and two debt collectors) seem to take over their lives. As in Costa’s later work, a sense of vibrant enigma is constant. In Portuguese with subtitles. 95 min. See my piece on the Film Center’s Costa retrospective, which this is part of, for more. [JR] Read more

A young mother with an unwanted infant in a battered slum outside Lisbon repeatedly attempts suicide; the confused father carries the boy around, not knowing what to do with him, begging and periodically becoming involved with other women. Pedro Costa’s unsettling third feature (1997), a transitional work between his films made with actors and large crews (The Blood, Down to Earth) and his DV chamber pieces (In Vanda’s Room, Colossal Youth), started out as a documentary before becoming an elliptical story, mainly with nonprofessional actors playing characters. Like Costa’s other films, it looks exquisite, but the Bressonian vacancy of the leads sometimes feels spooky rather than soulful. With Ines de Medeiros and Vanda Duarte (who plays herself in the next two Costa features). In Portuguese with subtitles. 96 min. (JR) Read more

Documentary video maker Robert Stone is a lot more evenhanded than Oliver Stone when it comes to weighing the evidence we have about the assassination of John F. Kennedy and the role of Lee Harvey Oswald. But he has little to add to common knowledge about this subject, apart from shooting down or dismissing most of the conspiracy theories that have found some favor with portions of the public at one time or another. Among the many talking heads who tell this storyincluding Edward Jay Epstein, Todd Gitlin, Tom Hayden, Mark Lane, Priscilla Johnson McMillan, Norman Mailer, Dan Rather, and Josiah Thompsonit’s ultimately Mailer who takes the lead, furnishing the film’s title while explaining how and why the lone assassin theory makes the most sense to him. 90 min. (JR) Read more

No Country For Old Men

A major Coen brothers movie drawn from a minor Cormac McCarthy novel, this is a highly accomplished thriller that’s also rather hypocritical when it tries to get moralistic about its bloodbaths. (Even more than its source, it taps into fundamentalist religious despair as an alibi for the violence.) Javier Bardem plays a psycho killer with a cattle stun gun, and Tommy Lee Jones costars as a Texas sheriff nearing retirement who wonders what the world’s coming to. Josh Brolin is a welder who stumbles upon $2 million left in the wake of a blown drug deal and gets tracked by Jones, Bardem, and Woody Harrelson (a hired gun and comic relief). The storytelling is fluid, especially when directors Joel and Ethan Coen start eliding some of the murders and ask us to imagine them for ourselves. R, 122 min. (JR) Read more