A veritable film festival of macho self-pity from actor-turned-writer/director Sean Penn, adapting a novel by David Rabe. One tender-tough alcoholic blowhard (Jack Nicholson at his most insufferable, allowed to cry at regular intervals for Oscar consideration), a divorced jewelry store owner who hangs out in strip joints like a Cassavetes hero, is determined to kill the hit-and-run driver who killed his daughter years before and is now emerging from prison. (David Morse, who plays the driver, gives a relatively sharp and understated performancefor me the only bearable thing in the movie). Wallowing in pretension, the movie even tries pornographically to milk our awareness of Nicholson and Angelica Huston’s old relationship when their characters converse as a former couple. With Robin Wright and Piper Laurie. (JR) Read more 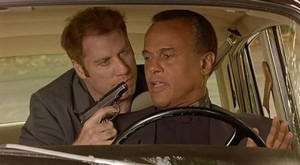 This starts off as a dopey (if well-intentioned) racial allegory and then gets somewhat better, simply because its casting winds up saying more than its script. In a universe where white people are treated like black people and vice versa, a loyal factory worker (John Travolta) gets laid off by his wealthy, racist employer (Harry Belafonte); after struggling to regain his footing, the former worker winds up kidnapping his former boss. The best that can be said for writer-director Desmond Nakano’s rather abstract premise is that it becomes playable only after the viewer is persuaded to overlook it, and only because the class differences of Travolta and Belafonte wind up registering more strongly than their racial differences do. Produced by Lawrence Bender — who brought us Reservoir Dogs and Pulp Fiction, two other movies preoccupied with race that are equally unwilling to handle the subject directly — this settles down to being a watchable oddity that doesn’t really take off; with Kelly Lynch, Margaret Avery, and Tom Bower. (JR) 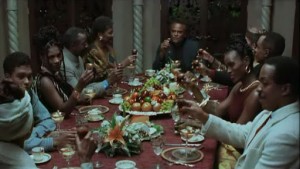 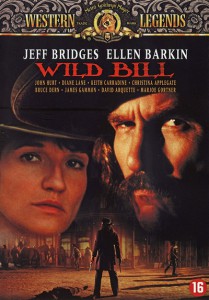 Jeff Bridges stars as Wild Bill Hickok in this ambitious and flavorsome picture (1995) by Walter Hill. Based on Thomas Babe’s play Fathers and Sons and Peter Dexter’s novel Deadwood, it’s not only a western but also an art picture of sorts, with striking production design by Joseph Nemec III and cinematography by Lloyd Ahern (with varying uses of black and white as well as color). The film ultimately comes up short when it has to deal with Hickok as something other than a legend; Hill is hampered as usual by his fixation on iconography. Ellen Barkin seems uncomfortable as Calamity Jane, but the remainder of the cast — John Hurt, Diane Lane, David Arquette, Christina Applegate, Keith Carradine, Bruce Dern, James Gammon, and Marjoe Gortner — does a pretty good job of playing scenery. You may feel a little let down by the end, but there’s plenty of grit and atmosphere along the way. 97 min. (JR) 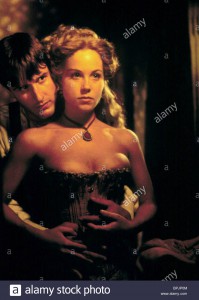 Unfolding in real time, from the moment a CPA (Johnny Depp) arrives at Los Angeles’s Union Station with his little girl to the moment 90 minutes or so later when a political assassination is supposed to occur in the Westin Bonaventure Hotel a few blocks away (the same hotel, if memory serves, that provided the climax for In the Line of Fire), this crackerjack paranoid thriller is a skillful example of what Hollywood used to do so well in the 40s and 50s, in sleepers like The Window and Don’t Bother to Knock. Working with a script by Patrick Sheane Duncan and Ebbe Roe Smith, producer-director John Badham, in his best film since Saturday Night Fever, does an able job of moving around his actors (including Christopher Walken, Charles S. Dutton, Peter Strauss, Roma Maffia, Gloria Reuben, and Marsha Mason). Despite a few lapses in judgment, this is a well-crafted exercise–and one, incidentally, that packs a pointed if unobtrusive punch about how both gubernatorial campaigns and fancy hotels are run. For my money, this is more fun than Speed–it keeps you in suspense without insulting your intelligence. Depp makes a likably offbeat action hero. Ford City, Webster Place, Bricktown Square, Golf Glen, Gardens, North Riverside, Burnham Plaza, McClurg Court, Lincoln Village. Read more

What a novel idea for a movie: a black transit cop (Wesley Snipes) and a white transit cop (Woody Harrelson), foster brothers in love with the same woman (Jennifer Lopez), team up to rob a New York subway train carrying millions of dollars in receipts after their mean old boss (Robert Blake) fires them both. If you think you’ve already seen some version of this you’re right, though probably nothing so dumb or insulting to the viewer’s intelligence. Joseph Ruben (The Stepfather, Sleeping With the Enemy) directed a script by Doug Richardson and David Loughery; Chris Cooper costars. (JR) Read more

When Night Is Falling

The first film directed by playwright Christopher Hampton, who’s working from his own scriptan adaptation of Michael Holroyd’s book Lytton Strachey. This is an engaging and absorbing look at experimental bohemian lifestyles, specifically those of gay English writer Strachey (Jonathan Pryce) and straight English painter Dora Carrington (Emma Thompson), who lived together between World War I and the early 30s. Obviously influenced (albeit in a subdued English way) by Jules and Jim, this has been criticized for its historical inaccuracies, and one should certainly object to the deletion by the American distributor, Gramercy Pictures, of six minutes of the original film (apparently much of it gay sex) on the safe assumption that most Americans, including most critics, won’t care enough to object. But if you aren’t expecting a masterpiece or a piece of precise historiography, you probably will be held by the story, as well as by Pryce’s performance. With Steven Waddington, Rufus Sewall, Samuel West, and Penelope Wilton. (JR) Read more

This 48-minute video was made by Jean-Luc Godard and Anne-Marie Mieville for English television in 1985. It shows Godard and Mieville at their home in rural Switzerland and in many ways is the most intimate and domestic of Godard’s works, one that also broaches the question of what distinguishes film from video; it can be viewed in retrospect as a necessary prelude to his Histoire(s) du cinema, a video series that’s still in progress. A Chicago premiere. Facets Multimedia Center, 1517 W. Fullerton, Friday and Saturday, November 10 and 11, 7:00 and 9:00, and Sunday, November 12, 5:30 and 7:30, 281-4114. Read more

John F. Kennedy’s favorite role model is back saucier than ever (Pierce Brosnan) in the era of computer hackers (1995). There’s something a mite pathetic about our culture still clinging to 007, but it’s hard to deny that this is one of the most entertaining entries in the Bond cycle, which started with Dr. No (1962). One thing in this romp’s favor is its awareness of the absurdity of Bond in the 90s, which it comments on from time to time; another is that it’s pretty well crafted, beginning with the spectacular opening stunt work (or morphing) and the surrealist credits sequence that follows. Kinky and inconsequential, this is effective entertainment. Martin Campbell directed; with Sean Bean, Izabella Scorupco, Famke Janssen, Joe Don Baker, Robbie Coltrane, and Judi Dench. PG-13, 130 min. (JR) Read more

Michael Douglas plays the president of the United States, who has dating problems (1995). A comedy directed by Rob Reiner from a script by Aaron Sorkin, who also scripted Reiner’s A Few Good Men; this time the laughs are intentional. Working some of the same territory as 1993’s Dave, with an obvious desire to emulate Cukor’s Tracy and Hepburn comedies as well (as signaled in one flash clip), this is a pleasant, inoffensive, and (quite properly) mindless diversion. With Annette Bening as the dating interest, Martin Sheen, Michael J. Fox, Anna Deavere Smith, Samantha Mathis, and Richard Dreyfuss (1995). (JR) Read more

In keeping with the prevailing designer-vomit Hollywood style of glamorous despair, Mike Figgis adapts a novel by the late John O’Brien about the impromptu romance in Las Vegas between a former Hollywood executive drinking himself to death (Nicolas Cage) and a hooker (Elisabeth Shue) who loses her pimp (Julian Sands, playing a Latvian). Like so much else, this 1995 movie prides itself in being terminal in its view of human failure, is shot like a perfume commercial, and is accompanied by a dreamy set of golden-oldie standards. Needless to say, the plot goes nowhere, but under the pornographic circumstances Figgis, Cage, and Shue all do fine jobs. (JR) Read more

Superficially, this first feature by 25-year-old writer-director Noah Baumbach (1995) — a comedy about four male college graduates who find themselves unable to leave campus and start their lives — calls to mind Bodies, Rest & Motion and Reality Bites (both of which shared this movie’s producer, Joel Castleberg) as well as the two brittle and literate features of Whit Stillman, Metropolitan and Barcelona (both sharing actor Chris Eigeman). But part of what makes this effort more soulful and sustaining than any of those reference points is the curiosity and alertness of Baumbach’s direction of his actorsEigeman, Josh Hamilton, Jason Wiles, Carlos Jacott, Eric Stoltz, Olivia d’Abo, Elliott Gould, Cara Buono, and Parker Posey. There’s plenty of wit on the surface, but the pain of paralysis comes through loud and clear. Check this one out. (JR) Read more

On Christmas Eve, Mia Farrow finds herself fleeing from a hit man hired by her husband and experiencing a series of picaresque and lightly satirical adventures, in Craig Lucas’s rather stagelike adaptation of his own play, directed by his frequent collaborator, Norman Rene. The results are fairly entertaining (Farrow in particular acquits herself well), but more than a little precious and not very memorable. With Scott Glenn, Mary-Louise Parker, Tony Goldwyn, Eileen Brennan, Giancarlo Esposito, and Stephen Dorff. (JR) Read more

One of Satyajit Ray’s greatest early films (1962), full of sensuality and ironic undertones, Devi is sufficiently critical of Hindu superstition that it was originally banned from foreign distribution until Nehru interceded. The plot concerns a wealthy and devout landowner in the 19th century who believes his daughter-in-law (Sharmila Tagore) is the reincarnation of the goddess Kali and convinces her that he’s right. With Soumitra Chatterji and Chhabi Biswas. Music Box, Friday through Thursday, November 3 through 9. Read more