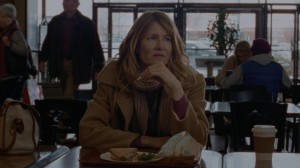 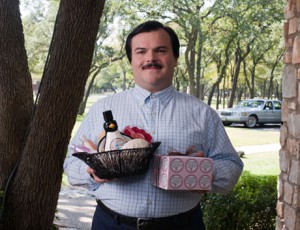 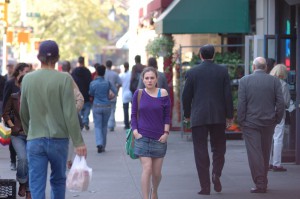 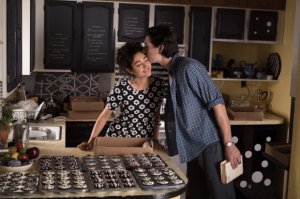 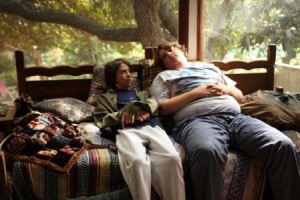 Perhaps it was always wrong to describe it as such, but when I was growing up in the 1950s, there was still an American cinema that appeared to belong to everyone. Today we have only a series of separate niche markets and venues that seem to exist independently of one another. For the sake of both clarity and candor, I should confess that from 1987 through 2007, I was the principal film critic for the principal alternative newspaper in Chicago, the Chicago Reader, which meant that I was professionally obliged to keep up with what was regarded, rightly or wrongly, as “current American cinema”. Since my voluntary retirement from that post, I’ve been a cinephile with no professional obligations, and my preferences in that capacity have been to systematically avoid films featuring superheroes, most horror films and war films, sports films, blockbusters, and most of the other releases mainly targeted for teenage and preteen boys. Similarly, my taste in acting styles reflects my age: I’m far more receptive to the relative emotional openness of such middle-aged actors as Annette Benning in Mike Mills’ 20th Century Women, or Tracy Letts and Debra Winger in Azazel Jacobs’ The Lovers than I am to the relative inexpressiveness (or what I view as such) of such younger actors as Casey Affleck in Kenneth Lonergan’s Manchester by the Sea and Emma Stone and Ryan Gosling in La La Land. (Perhaps significantly, this relation between age and emotional openness is reversed in James Schamus’ excellent Indignation, set in the early 1950s, where Letts’ character and his emotional restraint is in sharp contrast to the highly emotional young characters played by Logan Lerman and Sarah Gadon.)

Based on what I’ve seen recently, I’ve arrived at a few generalized conclusions about the current state of American cinema, which are as follows:

(1) The American film industry regards its public with absolute contempt.

(2) Social commentary is generally more acceptable on cable television than in theatrical features, apart from a few Academy Award winners (which are usually devoid of social commentary apart from exceptional periods such as the present, when the industry feels obliged to declare its independence from the values of Donald Trump and does so by celebrating Barry Jenkins’ Moonlight and Damien Chazelle’s La La Land) and a few cases when it gets smuggled into popular genre films (e.g., Jordan Peele’s Get Out, which can deal with the racism that infects even American liberals only by doing so within the most familiar conventions of  horror films).

(3) Even on cable television, social commentary is generally deemed acceptable only when it pretends to be something else or is centered on the past.  Example: the two excellent recent documentary and fictional miniseries devoted to the murder trial of O.J. Simpson, which are in fact largely transposed reflections about the political distortions wreaked by the celebrity culture of Donald Trump and the racial subtexts of his popularity.

(4) The best hope for the future remains with such independent (or at least independently inclined) writer-directors as Azazel Jacobs (Terri, The Lovers), Jim Jarmusch (Only Lovers Left Alive, Paterson), Richard Linklater (Bernie, Everybody Wants Some!!), Kenneth Lonergan (Margaret, Manchester by the Sea), and Kelly Reichardt (Night Moves, Certain Women).

Note: Despite the misleading reputation of Quentin Tarantino as an independent filmmaker, he does not really belong in this category because he doesn’t have final cut on his films. The obfuscation about his alleged independence can basically be ascribed to the bogus reputation of Sundance as an “independent” film festival when it is in fact a studio-run enterprise launched by a movie star (Robert Redford) in which “success” for an independent film is characteristically gauged by a studio contract which entails the loss of independence.

A few explanatory comments on the above conclusions:

The clearest evidence of (1) can be seen in the standardized form now given to trailers — specifically, to the final shot in all trailers that is accorded to the film’s basic credits (director, writer, cast, etc.), and which is flashed on the screen so rapidly that no human being could possibly register its contents. The purpose of these very brief shots is legal rather than humanist (in these terms, lawyers are perceived not as human beings but as functions, analogous to the functions of machines), which is another way of saying that it is routinely assumed that the identity of who wrote and directed a given film is of interest only to banks and not to human spectators.

Another relevant factor: The United States may be the only nation on the planet that fosters an active dislike of art (or the arts) in general — a peculiar attitude that derives in part from a confusion of art with social class as well as a fear and distrust of pleasure that can be attributed to a puritanical tradition. This is undoubtedly why there is so little state support of the arts in the U.S.; significantly, the federal government gives more financial support to military marching bands than to all of the other arts combined.