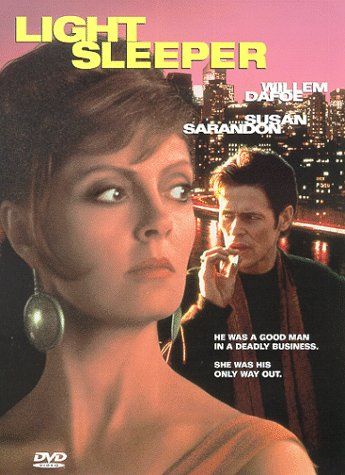 Despite a steady rise in his craft as both a writer and a director, Paul Schrader is still light years away from his mentor and model, Robert Bresson. His persistent ludicrous efforts to remake Diary of a Country Priest and Pickpocket in Hollywood terms have already given us Taxi Driver and American Gigolo, and they’re as doomed as ever in this portrait of a Manhattan drug dealer (Willem Dafoe) desperate to clean up his act. (Now Schrader appears to be trying to remake Taxi Driver, complete with excremental metaphors, nocturnal views of New York, and droning offscreen narration by the hero.) But Susan Sarandon (who improves even more with age than Schrader does) is so good as Dafoe’s boss, and the dialogue is so literate for such a familiar story, that there’s a lot to admire — it’s Schrader’s best film — as long as one can get past the transcendental claptrap (e.g., a New York Post headline reading a”Fall From Grace”) that Schrader sheds compulsively. With Dana Delany, David Clennon, Victor Garber, and Mary Beth Hurt. (JR)