From Monthly Film Bulletin, September 1975 (Vol. 42, No. 500). I’m not sure why I neglected to mention Fatty Arbuckle in this review, but I obviously should have. (I also might have mentioned that another  long narrative poem by Joseph Moncure March, The Set-Up, provided the basis for a more enduring 1949 Robert Ryan/Robert Wise feature.)– J.R. 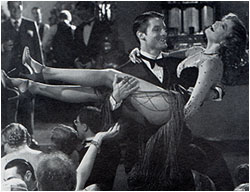 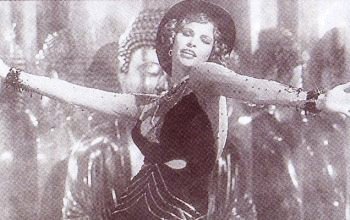 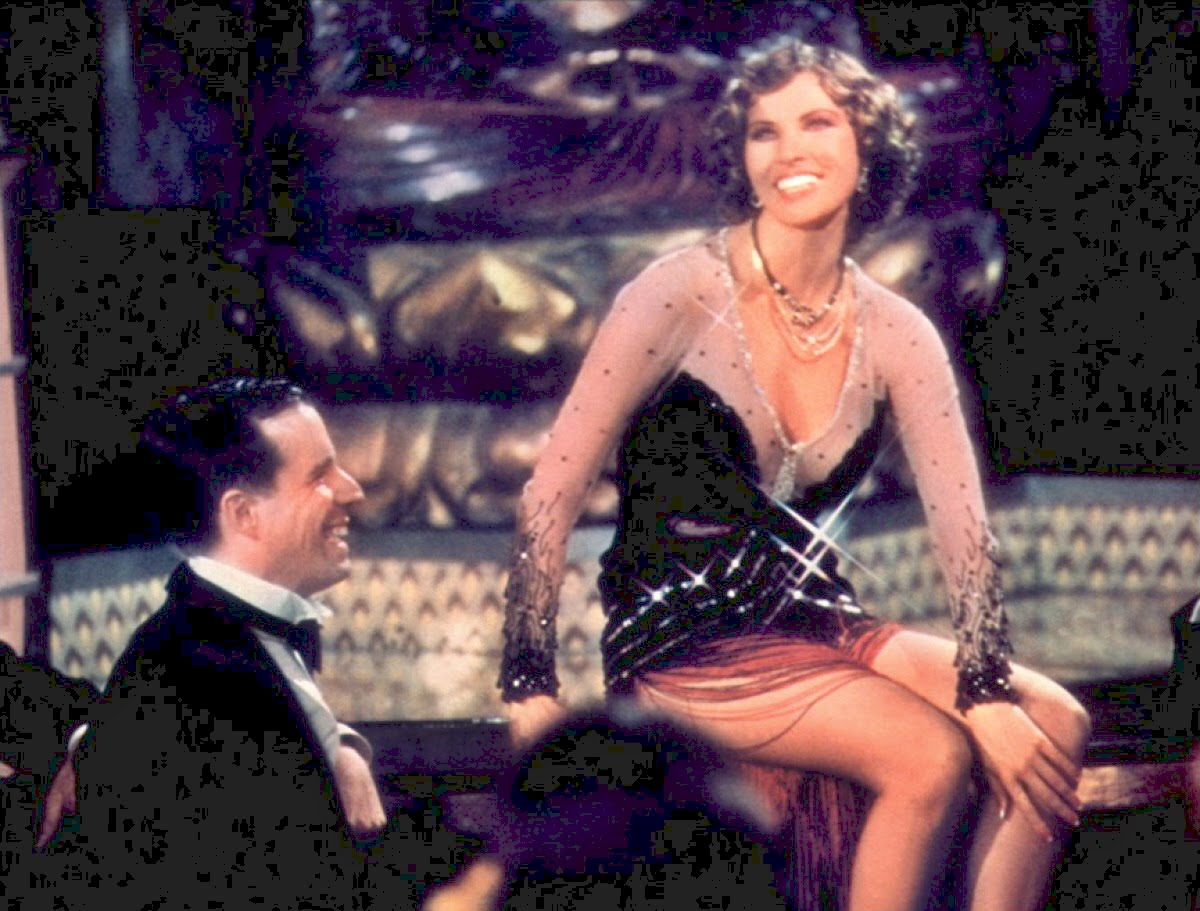 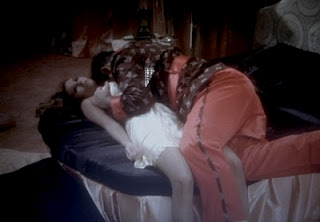 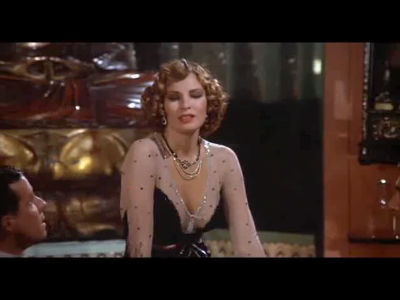 Hollywood, 1929. Silent film actor-director-producer Jolly Grimm, whose popularity and fortune are waning, plans a lavish party at his mansion with his mistress Queenie to premiere his new film Brother Jasper for studio heads Murchison and Kreutzer — whom he hopes will lend financial support — along with local celebrities and other guests. When writer James Morrison suggests beforehand that one of the sequences is old-hat and should be discarded, Grimm heatedly refuses. A generally negative response to the film leads Grimm desperately to suggest new scenes and revisions to the studio heads, who remain indifferent; when Queenie tries to encourage him, he angrily berates her. Meanwhile, young romantic lead Dale Sword, who has arrived with Queenie’s friend Kate, has taken an immediate fancy to Queenie, and she gradually warms to his advances. Drinking heavily, Grimm insults the guests and accuses Queenie of infidelity; after she and Sword disappear, Grimm is soothed by the dance of Nadine, the kid sister of a guest who has shown up uninvited in the hope of landing a part in a Grimm film. By now, most of the guests have either left for another party being heldat “Pickfair” (the home of Mary Pickford and Douglas Fairbanks) or repaired upstairs for various forms of sex.

Nadine is appalled to find her sister in one of the bedrooms, and Grimm tries to comfort her; when she invites him to kiss her and he obliges, a fight ensues with one of the drunken guests. After Kate tries unsuccessfully to seduce Morrison, she comes downstairs and chides Grimm about being too old for Queenie. When some of the guests drunkenly call Queenie and Sword downstairs, Grimm goes wild with a gun, shooting them both and wounding Morrison. In hospital, Morrison puts the finishing touches on his poem, The Wild Party. 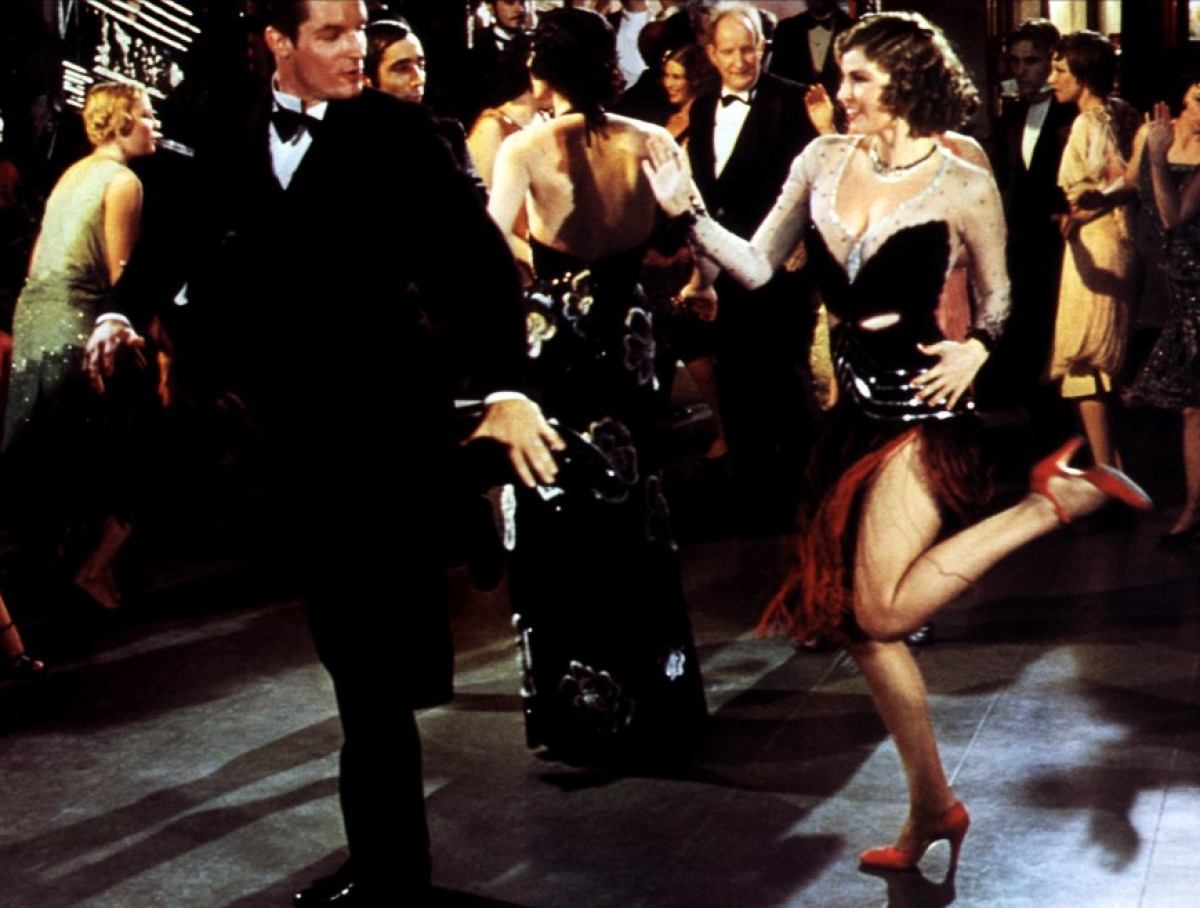 “Christ, what a crew!/Take a look at Madeline True”. Opening, in its present version, with a direct quote from Joseph Moncure March’s narrative poem , in media res, The Wild Party seems to promise a pointillist precision concerning its characters and milieu which it never quite delivers. It is worth noting at the outset, however, that this is not the version envisaged or prepared by the director: according to Arthur Knight in Hollywood Reporter, James Ivory submitted one cut running “almost two hours” and a second one that was nine minutes shorter, but American- International elected instead to embark on a “total revision” producing a version which “merely approximates” Ivory’s original Intentions — with nearly half an hour missing — from which the British Censor has thoughtfully removed three minutes more. (For one thing, Ivory’s final cut apparently begins rather than ends with James Morrison in hospital.) Be that as it may, it is difficult to imagine how even the longer versions of the film could overcome the formidable handicap of a miscast James Coco, an actor well-suited to the broad overkill of recent Preminger but quite inadequate for the emotional range and shading of a tragi-comic silent star. Because the character is obviously crucial and one has to believe at least partially in his acting skills for the plot to carry much charge, The Wild Party registers as something less than the sum of its not inconsiderable virtues. The songs and musical numbers are particularly delightful, beginning with the cheerful title tune, proceeding through the lyrics of “Not That Queenie of Mine” (“She’s a kinda Lucrezia Borgia of Sunnybrook Farm”) and the climactic staging and delivery of Raquel Welch’s “Singapore Sa1ly” around themansion’s chinoiserie, and culminating in Tiffany Bolling’s “Sunday Morning Blues” — an effective early-morning torch song despite the unnecessary addition of strings off-screen.

The silent film pastiche provided for Brother Jasper is competent if uninspired; a better use of cinematic allusiveness is the powder- puff in which Coco mournfully buries his nose, and which leaves him with a clown’s make-up reminiscent of Seastrom or von Sternberg. The brightest things in the movie are its two most evident showpieces: Raquel Welch and the Mission Inn (doubling as Grimm’s mansion), both used to greatest advantage in the “Singapore Sally” number. Unquestionably a spotty affair made all the more choppy by extensive re-editing — so that, for instance, the upstairs orgies tend to break into the continuity like pseudo- pornographic afterthoughts, and the interjected romantic scenes between Welch and Perry King often create awkward ruptures in tone — The Wild Party tends to run aground as far as its central narrative is concerned, but recuperates some interest in a few of its side attractions. 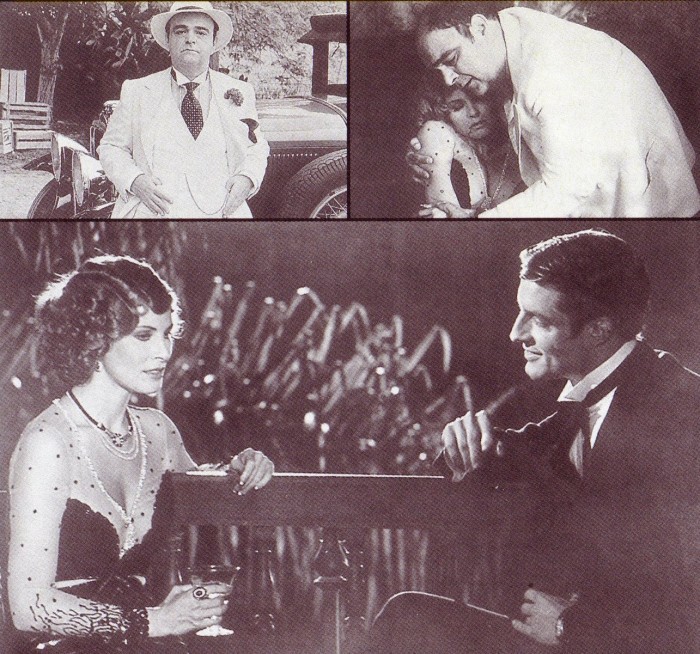