From the April 2015 Sight and Sound. Happily, both versions of both Macbeth and Othello are now available in the U.S. — J.R. 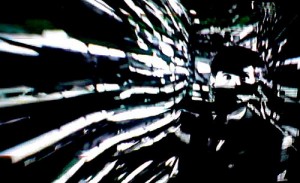 Who ever said Orson Welles’ filmography has to be neat? But one rudimentary way of bringing some order would be to distinguish between nine films he completed to his satisfaction (Citizen Kane, Macbeth, Othello, The Fountain of Youth, The Trial, Chimes at Midnight, The Immortal Story, F for Fake, and Filming Othello) and nine others he didn’t complete and/or lost control of (The Magnificent Ambersons, It’s All True, The Stranger, The Lady from Shanghai, Mr. Arkadin, Touch of Evil, Don Quixote, The Deep, The Other Side of the Wind).  Yet even this isn’t as neat as it sounds, because he completed two separate versions of both Macbeth (1948 and 1950 — the second at the studio’s request — to eliminate the Scottish accents and shorten the running time by two reels; both are available today in France) and Othello (1952 and 1953; neither, alas, is commercially available anywhere — only an alteration of the second version, edited for the U.S. release and three minutes shorter than its predecessor, and mislabeled a ‘restoration,’ with different sound effects and music added in stereo in 1992). (Update: Both versions are happily available now from Criterion.) 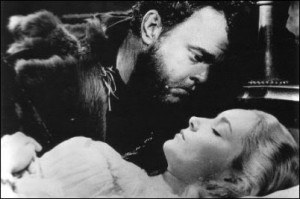 According to Welles specialist François Thomas, Welles redubbed about half his lines in the second version, and Desdemona’s voice is dubbed by Gudrun Ure (later known as Ann Gaudrun), who played the part in Welles’ London stage production of 1951, and not Suzanne Clouthier, whom we see (and also hear in the first version). 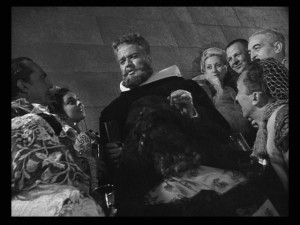 With Mr. Arkadin, we have multiple versions, none approved by Welles. The “comprehensive” cut recently fashioned by two archivists tries to incorporate as much footage as possible while ignoring Welles’ own stipulation that the editing matters more than anything else; the other two versions, dating back to the 50s, are both closer to Welles original design, either in terms of sound editing (Confidential Report) or in terms of flashbacks (the “Corinth” version). 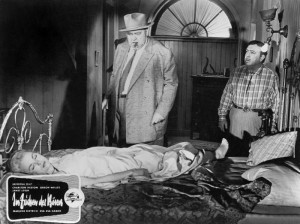 With Touch of Evil, we have the original release (1958), a longer preview version uncovered in the mid-70s, and a 1998 re-edit by Walter Murch (on which I served as consultant), the latter based on a lengthy studio memo written by Welles about how the studio might improve ‘their’ (not his) picture. The latter distinction is important. To assume that any completion of an unfinished Welles film could ever ‘conform to his original intentions’ means to ignore the likelihood that his intentions remained in a state of perpetual flux.