The Communal Balancing Act [THE EDGE OF THE WORLD] 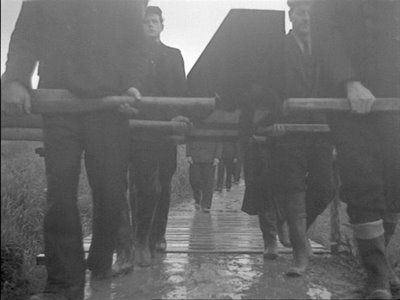 The Edge of the World

Directed and written by Michael Powell 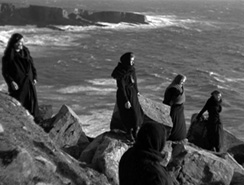 In a recent review in the Times Literary Supplement, American sociologist and historian Richard Sennett examined the failure of socialism in the United States and argued that Americans seem to have a different take than people in England and continental Europe on collectivity itself. One reason he suggests for this difference — that slavery confused and perhaps even undermined our overall sense of the dignity of labor, ultimately altering our sense of collective labor — is both provocative and debatable. But whether or not one buys into his theory, it’s hard to deny that Americans practice and relate to groupthink somewhat differently than Europeans. “The herd of independent minds” was the late Harold Rosenberg’s memorable phrase describing us in all our paradoxical singularity.

I happened to read Sennett’s words a few hours after seeing the restoration of Michael Powell’s beautifully archaic and mystical 1937 epic about communal life on Foula — the Shetland island farthest from the coast of Scotland — which is playing this week at the Music Box. They help pinpoint why, in spite of his passionate romantic individualism, Powell had a relationship to collective consciousness that has few if any counterparts in American movies. Probably the greatest English filmmaker after Hitchcock, Powell (1905-1990) was an unapologetic Tory throughout his career, so I’m not trying to argue that his feeling for groups had any traces of leftism. For that matter, even though this is a 30s movie, socialism is barely an issue; apart from some government assistance when the islanders have to evacuate because of harsh living conditions, it barely comes up. Yet the communal feel of the picture is unmistakable, and unmistakably British to boot — providing a sensibility that in some ways is as exotic as the towering sea cliffs of Foula, the most spectacular I can recall seeing anywhere. 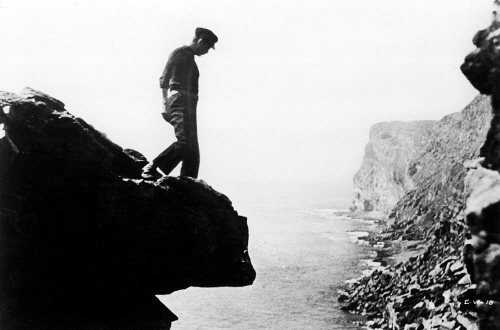 The story hinges conventionally on a romantic couple who are separated by tragedy and circumstance, then reunited after the birth of their illegitimate baby, yet the film refuses to conclude with this couple — refuses to use them as a summing-up of what the picture is really about, as almost any American movie would. Eerily, these characters are dwarfed first and last by their awesome physical surroundings, and by the nurturing community they come from, which looms second largest in Powell’s sense of a natural order.

I visited London in the early 70s when striking coal miners were causing blackouts, and recall a half-serious BBC TV sign-off one night that cautioned viewers not to let the blackouts lead to too much sex, given the country’s concerns about overpopulation. The cozy groupthink implied by such a directive can also be found in Powell’s An Airman’s Letter to His Mother (1941), a deeply moving piece of war-effort propaganda playing with The Edge of the World at the Music Box. Narrated by John Gielgud and lasting only five minutes, it features many props from Powell’s childhood and also his dogs as it introduces and restages the delivery of a letter written by a Royal Air Force pilot to his mother before he was killed in action, urging her to accept the possibility of his death. After explaining that the mother gave permission for the film to be made, Gielgud reads the letter offscreen while the camera inventories the object-laden domestic interior where she — more likely an actress playing her — silently reads it.

I’m grateful that this short is included with the feature rather than Return to the Edge of the World, the documentary Powell made in 1978 as a wraparound for a shorter version of the feature, chronicling his reunion with surviving actors and crew on Foula more than 40 years later. Though this half-hour color film has its charms, it takes the cozy tone even further, sometimes coming across like a home movie that makes outsiders feel excluded. Its most entertaining patch is perhaps a monologue delivered by Powell to the camera while taking off a sweater: “Don’t tell anyone — I’m a poet. A poet is not without honor save in his own country, and I suppose that’s why most of my big chances were given to me by Hungarians or Americans.” (He goes on to credit Joe Rock, the American ex-vaudevillian who produced The Edge of the World, and the New York film critics who named it the best foreign movie of 1937, which led to him getting hired by Alexander Korda.)

Interestingly enough, Powell is in the original feature as well: he plays the yachtsman who lands on Foula at the beginning, and his future wife, Frankie Reidy, plays the yachtsman’s wife. They’re joined by Andrew Gray (Niall MacGinnis), a former resident of the now-abandoned island, who tells them the story in flashback to explain a gravestone at the top of the cliff that’s marked “Peter Manson…gone over.” 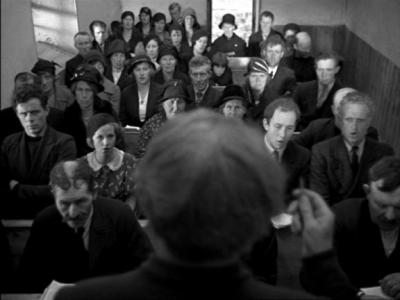 After a beautifully developed sequence in which the characters gradually gather for a church service, we learn that Manson’s son Robbie (Eric Berry) plans to leave the island in spite of his father’s objections, believing that others will follow because steam trawlers threaten Foula’s survival as a fishing port. His slogan is “Every man for himself,” which his father (John Laurie) finds deeply offensive. At a meeting of the all-male island council, Andrew, who’s courting Robbie’s sister Ruth (Belle Chrystall) and supports everyone sticking together, proposes that he and Robbie follow an ancient local tradition and race to the top of the island’s 1,220-foot cliffs to see whose opinion should prevail. 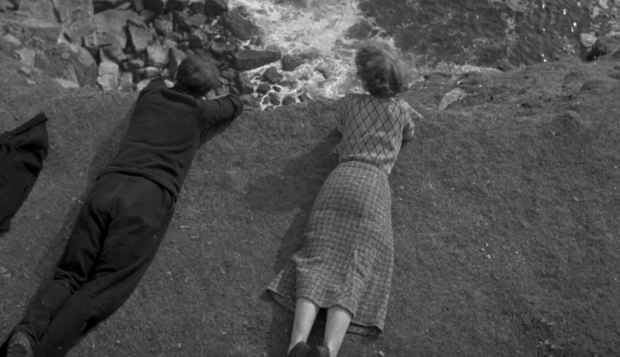 It’s a pretty implausible turn of events; like Peter’s hunt for rare eggs that later leads to his death, it’s simply a clumsy piece of plot machinery. That The Edge of the World functions so well in spite of such ridiculous contrivances says a lot about Powell’s talent and imagination and metaphysical sensibility. Its “plot” is mainly a rationale for putting all the irrational flights of fantasy together in a single package and making them compatible in terms of mood and atmosphere. That the film was shot with the island’s residents — people of all ages, sheep, and dogs — as well as actors complicates this premise without essentially changing it. (Powell credits himself with the story rather than the screenplay, but he’s the only writer in sight.) 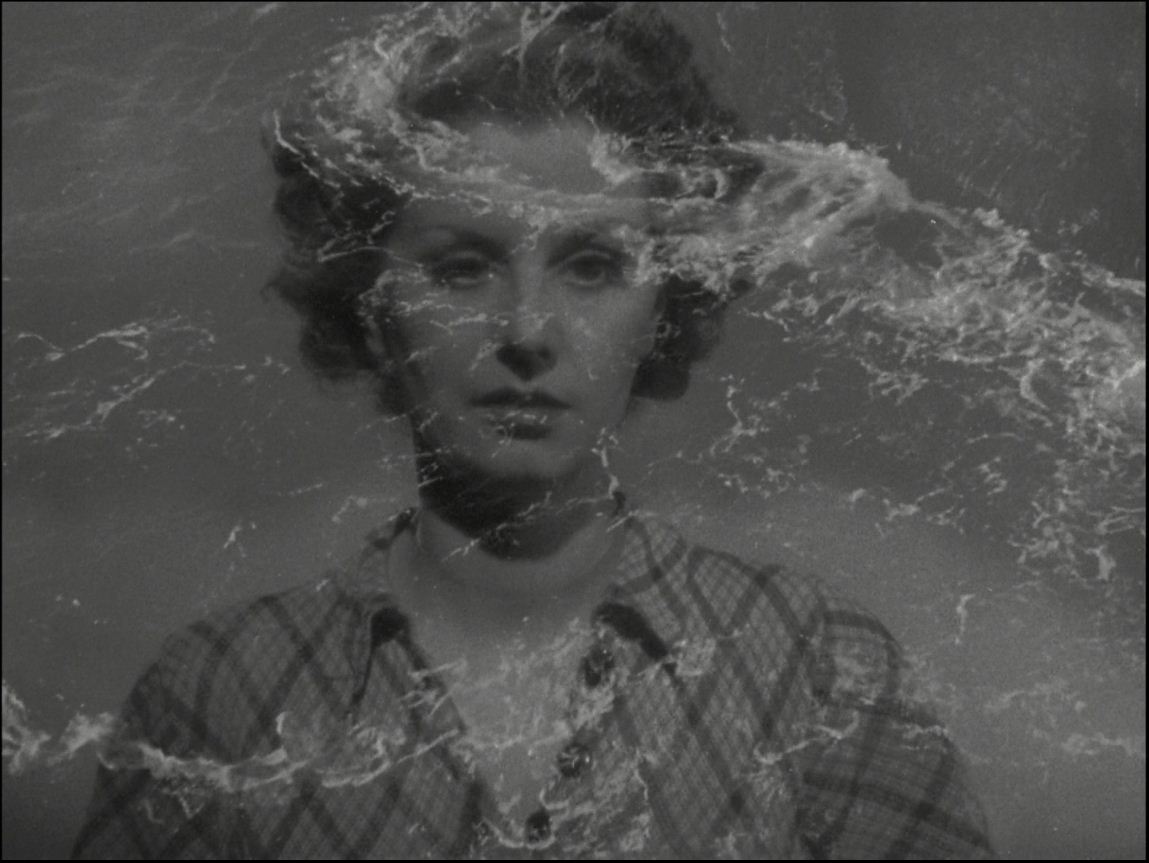 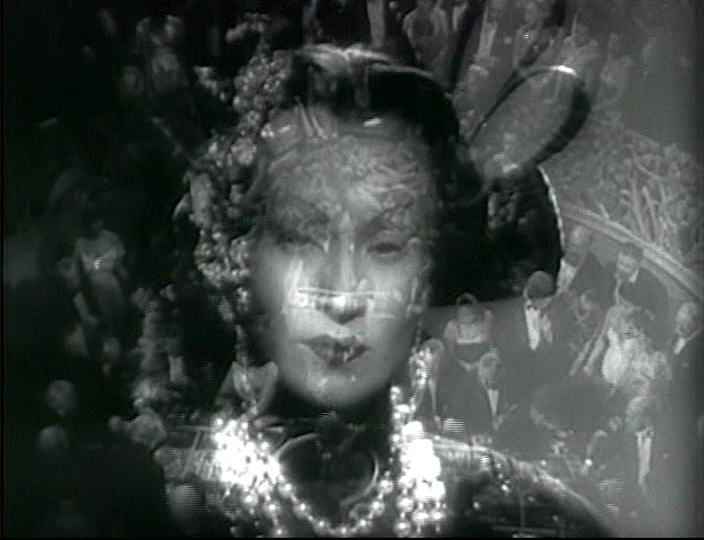 Dave Kehr’s capsule review for this paper calls the film “quite good” but “somewhat anomalous for Powell: a melodrama rendered in the gray light of documentary naturalism rather than his famously stylized Technicolor.” I’d go further and argue that it’s just as surrealist, in inspiration and effect, as Powell’s later color studio movies such as The Thief of Bagdad, Black Narcissus, The Red Shoes, and Peeping Tom. One especially gorgeous shot — an extended double exposure of Ruth and pounding waves — recalls a characteristic shot from Josef von Sternberg’s The Shanghai Gesture, a favorite of the Surrealists, which superimposes a close-up of Mother Gin-Sling (Ona Munson) on a gambling casino. It also recalls the “documentary” shots of waves in Sternberg’s last work, The Saga of Anatahan, which Sternberg later said he regretted because they were the only things in the film that were real — a false claim, given the film’s heartbreaking use of newsreel footage, yet still a revealing one.

My point is that Powell’s dreams of collectivity and individuality are all that really count. Realized with professional and nonprofessional actors alike, in real locations effectively turned into fantasy landscapes through the force of Powell’s vision, The Edge of the World is ultimately a more satisfying and less pernicious version of epic documentary as mythology than the kind offered by Leni Riefenstahl’s Olympia, shot the same year and coincidentally playing at the Film Center this weekend.