Some Call It Loving

James B. Harris’s second feature, which I discovered and saw several times in Cannes in 1973, continues to be a particular favorite among unclassifiable films, and it has finally become available digitally (and was even recently shown on TCM). My initial review of the film for Film Comment led to be getting invited to dinner once by Harris himself along with his French distributor, Pierre Rissient; this review appeared a couple of years later, in the Autumn 1975 issue of Sight and Sound, after the film opened belatedly in London. Note: This film has also sometimes gone under the titles Sleeping Beauty and Dream Castle. — J.R. 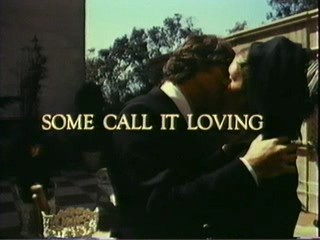 Some Call It Loving

On the face of it, a series of outlansish imponderables: Robert Troy (Zalman King), a moody white jazz musician, occupies a baroque mansion overlooking the Pacific with Scarlett (Carol White0 and Angelica (Veronica Anderson) who sleep together and devote their waking hours to acting out his erotic fantasies — pornographic emblems which become oddly chaste through their highly formalized enactments (dancing nuns, mistress-and-maid rituals) — while his “best” and only friend Jeff (Richard Pryor), a black derelict dying of drugs and drink, worships his saxophone playing at a local nightclub…At a carnival, Troy comes upon a Sleeping Beauty sideshow, where a depraved-looking hawker in a doctor’s suit (Logan Ramsey) invites the male spectators to try to wake Jennifer (Tisa Farrow) with a kiss for the price of a dollar. Casually forking over $20,000, Troy purchases the slumbering teenager instead, along with the potion which keeps her asleep, drives her back to the mansion and waits for her to open her eyes. When she eventually does, she promptly falls in love with him, perfectly embodies the 1950s high school fantasies that he recollects and re-enacts, and eagerly joins the erotic charades of Scarlett and Angelica — until he despairingly puts her back to sleep and returns her to the carnival. There he assumes the hawker’s doctor outfit and invites spectators to kiss Jennifer for a dollar, echoing the warning of his predecessor that “To wake the Sleeping Beauty, you run the risk of being awakened yourself.”

Spectators who like to keep their fairy tales innocent, their pornography sordid, their allegories obvious and their dreams intact are bound to be disconcerted by James B. Harris’ haunting Some Call it Loving (Pleasant Pastures), which pursues the improbabilities of dream logic to clarify rather than mystify, and tough-mindedly concerns itself with the processes and consequences of dreaming as well as its objects. Worlds apart from the Cold War thriller mechanics of The Bedford Incident (1965), Harris’ one previous feature, it is equally distinct from the somnambulistic conceits of early American Underground like Anger and Harrington, which it only superficially resembles. Unique and alone, it remains obstinately and superbly unclassifiable. Its only plausible precedents are the quite dissimilar short story by John Collier, “Sleeping Beauty,” which served as its starting point, and the film of Lolita, which Harris produced and helped to script. 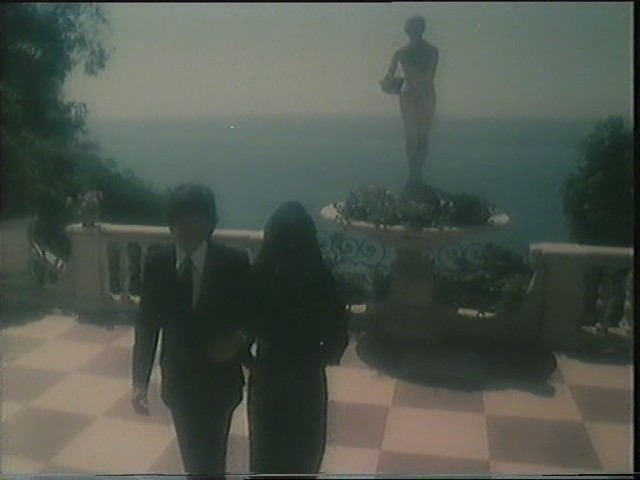 It was significantly during the production of Lolita that Harris reportedly first located the kernel of his theme, some twelve years before he realized it; and Some Call It Loving bears all the earmarks of an intuitive conception that has been developed, sifted, and refined over a long period of time, reduced to a hard algebra of essentials which carries total conviction within its own rather singular terms. Conventionally filmed, acted as though under a glass bell — discounting only Pryor’s remarkable disassembled performance — and accompanied by a score (by Richard Hazard and Bob Harris) so sensually right that it reverses the usual pattern and seems accompanied by the images, it has a style that can only be described through musical analogies: one of disenchanted lyricism, or of circular lament. And viewers unable to catch this melody remain stranded on the elements of artifice which compose it, looking for naturalism in a film whose verisimilitude is wholly internal and whose narrative — once the threads are properly identified — is completely functional.

The circularity of Robert Troy’s quest helps to determine much of its potential fascination, along with its ultimate futility. The colored lights whine shine through soft focus in the carnival reappear on the bandstand of the jazz club, underlining how easily the solipsistic purity of a private dream can grow both out of and into the basic materials of a corrupt mass entertainment, and how innocence and corruption — however apparently antithetical –can each bear the seed of its precise opposite. Recalling her years spent asleep as a bad dream, Jennifer speaks of a void interrupted by episodes when she was kissed, pawed, and otherwise violated by strangers, without any power to resist; yet after a while, she tells Troy — with a face and language which seem scraped out of high school yearbooks — she began to prefer these interruptions to the emptiness that surrounded them: doesn’t this mean, she concludes, that she was only waiting for him to wake her?

Thus situating herself in one fantasy in order to fulfill the dictates of another, the ‘virginal’ princess willingly becomes a whore to satisfy the corruptions of a dreamer who remains chaste — who in fact returns her to the public domain so that his romantic dreams can remain uncontaminated by experience, making her once again an unwitting whore in fact, an ideal sleeping beauty in image. If such a process succinctly describes the contradictions of the Hollywood dream factory, as Tom Milne has proposed [in Monthly Film Bulletin], this is far from the only meaning to be extracted from this luminous and hallucinatory work, which spreads its net wider and plunges still deeper. It might also be regarded as Huysmans’ A Rebours rewritten as a children’s book, or — if we consider Pryor and the willing nightclub waitress who performs a cheerleader striptease, along with the mansion’s human and inanimate playthings — a landscape of wish fulfillments which blots out the very possibility of continued dreaming. “In dreams begin responsibilities,” wrote Yeats, who also wondered, “How can we know the dancer from the dance?” How, indeed, can we know the dreamer from the dream?

Trying to preserve his sense of awakened possibility — perhaps the only shred of innocence he has left — Troy drives away from the mansion with Jennifer; their nearly wordless and directionless flight, closely evoking the travels of Humbert Humbert and Lolita, ultimately takes them to a motel where a jewel-like neon sign reading “Fantasy” announces the end-point of Troy’s quest beyond dreaming, after which there is nowhere left to go but back to the mansion, and towards another ritual returning Jennifer to her sleep.

As suggested above, the dance of Some Call it Loving is a function of the melody which animates it — and on which Troy, as musician-dreamer, plays his endless variations. Like the jukebox records which set in motion the successive fantasies embodied by Scarlett and Angelica (‘corrupt’ convent vaudeville, in the form of a tap-dance and tango) and Troy and Jennifer (‘innocent’ high school prom, in the form of a Nat “King” Cole single), this melody can transform inconsequential passing fragments — a sailboat on the sea, a curving camera movement on a stairway, a glimpse of Angelica in a white dress on the terrace — into moments of magical revelation and promise. But as the rest of the film reminds us, all such promises become doomed simply by assuming flesh — a vicious circle made gentle and bitter-sweet by Harris’ lyrical inflections, and turned into a yearning lament for the self-sustaining power of the dreams themselves, which obliterate all possibilities of fulfillment in its wake. 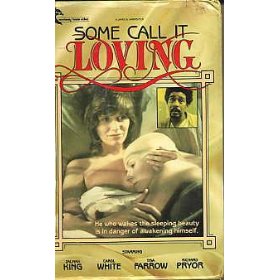