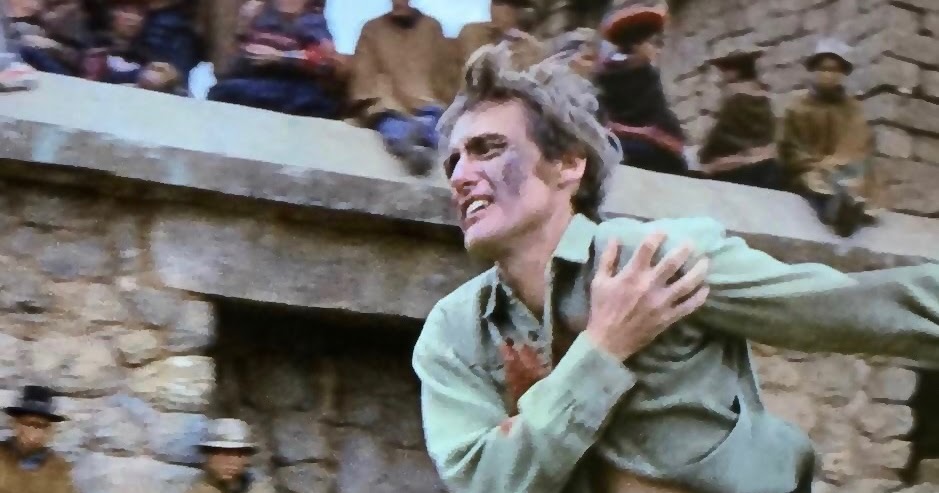 The least that can be said for Dennis Hopper’s The Last Movie, made nine years earlier than his 1980 masterpiece, Out of the Blue, is that no other studio-released film of the period is quite so formally audacious. After the surprise success of Easy Rider, Hopper was given carte blanche by Universal Pictures to make this disjointed epic in Peru; although it was given a special prize at the Venice film festival, the film was withdrawn from circulation in the U.S. after a couple of weeks and has rarely been screened since. After working in a western directed by Samuel Fuller (playing himself), during which one of the lead actors (Dean Stockwell) has been killed, an American stuntman (Hopper) remains behind with a Peruvian woman. He is eventually drafted into an imaginary movie being made by the Indian villagers; before or after this — the film isn’t very explicit about chronology — he is enlisted in a scheme to find gold in the mountains. The curious thing about this freewheeling allegory is that it is simultaneously about many things (the fakery of moviemaking, mutual exploitation, ugly Americans in the third world, Hopper as Jesus) and nothing at all. The radically disjunctive editing, occasionally interspersed with flash titles such as “scene missing” and diverse hallucinogenic digressions, keeps breaking up the continuity — often with striking consequences, but ultimately leaving Hopper as the only constant reference point in the mosaic. While the results are certainly provocative and charged with possibilities, Hopper’s refusal to make the various subplots cohere eventually takes its toll. With Julie Adams, cameos by Peter Fonda, Kris Kristofferson, and John Phillip Law, among many others, and several evocative pop songs of the period. (JR)