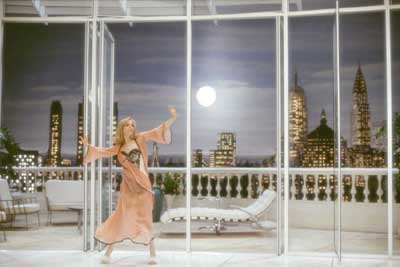 One reason I took so long getting to see this movie (2003) was the number of friends who assured me it was nothing special. Most of them seemed to go along uncritically with the publicists’ claim, echoed by reviewers, that it was a simple point-by-point pastiche of three late-50s and early-60s comedies starring Rock Hudson, Doris Day, and Tony Randall: Pillow Talk (1959), Lover Come Back (1961), and Send Me No Flowers (1964). These films have never appealed to me in the slightest, though Mark Rappaport did an expert job of unpacking them in his 1992 Rock Hudson’s Home Movies. But Down With Love is also an affectionate satire of late-50s and early-60s studio glitz that often contradicts the pastiche. The filmmakers, who were too young to experience this era themselves, make plenty of errors, starting with a Fox CinemaScope logo (wrong studio and too late for that logo) and the snazzy rainbow credits (too hyperactive for the time). Then we get palatial Manhattan apartments (much more identified with How to Marry a Millionaire in 1953 and The Tender Trap in 1955) and bubble-gum-colored media blitzes (as in Funny Face and Will Success Spoil Rock Hunter?, both 1957), and culminating in the visual and verbal double entendres, anti-smoking gags, and overt references to feminism and homosexuality that are more identifiable with subsequent decades, all the way up to the present. 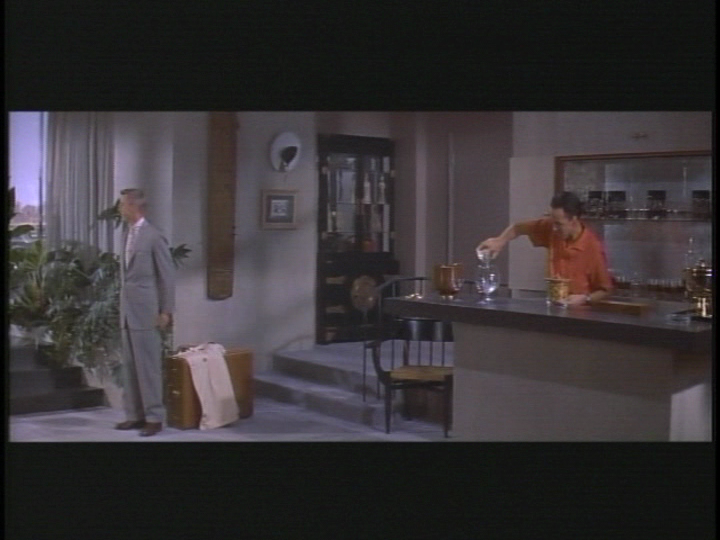 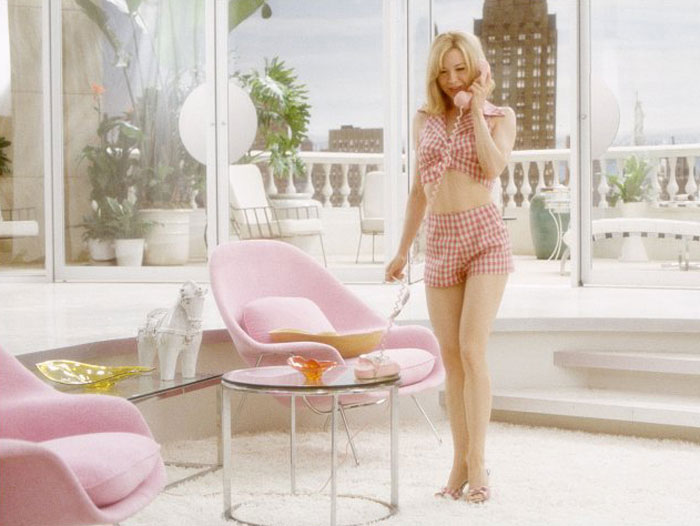 Furthermore, these subjective errors -– coming from people too young to have encountered the period directly, characteristically collapsing and scrambling two decades into one, and therefore winding up with a hyperbolic dream of a dream -– makes the movie more fascinating and touching rather than less. By expressing a yearning for what’s perceived (with debatable accuracy) as less cynical and more innocently romantic times, Down with Love has a lot to say about today. It also conveys an aching sense of absence that’s too definitive to qualify as nostalgia. Nostalgia tends to shrink our image of the past into cozy pocket-size dimensions, something we already know, but this movie expands that image temporally as well as spatially –- suggesting that in some ways the past is more sophisticated than the present, even if we can’t say exactly how. It hovers ambiguously over a stupid and tacky trio of hypocritical comedies as if they contained awesome and precious secrets, and even though I can’t quite swallow that premise as film criticism, I treasure its creative and poetic insights into the present.
(Chicago Reader, July 11, 2003; revised March 2009) 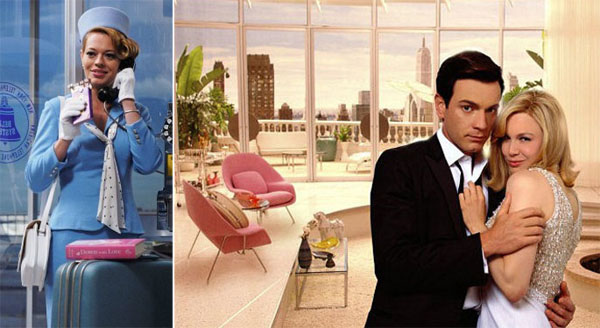