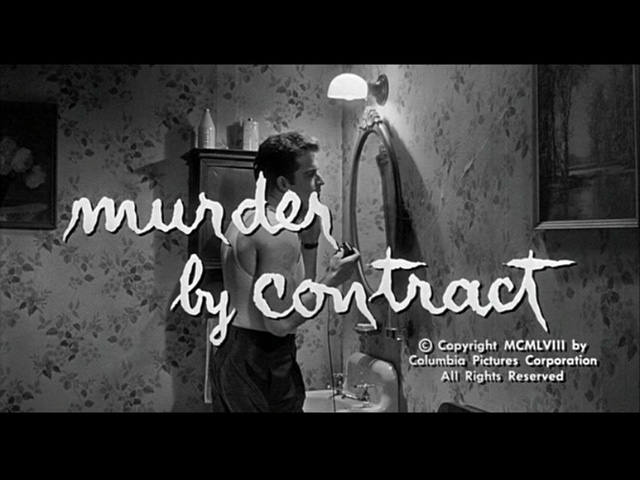 Although it’s belatedly become available on Columbia Pictures Film Noir Classics, Vol. 1 (along with two other particular favorites, The Big Heat and 5 Against the House), Murder by Contract (1958) doesn’t quite qualify as an undiscovered gem. But it’s certainly neglected in terms of some of its singular virtues, including a sharp Zen-like wit and a minimalist style. And what tends to be most neglected is its satirical treatment of business as murder. This is a theme it shares with Monsieur Verdoux — which makes it all the more fitting  that a climactic sequence of the film was shot in Chaplin’s old studio lot, on what remains of an exterior set used for The Great Dictator. 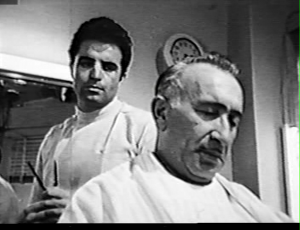 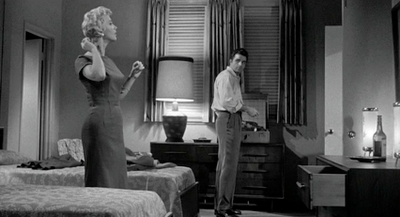 At least two of the main creative talents working on this black comedy about capitalism, director Irving Lerner and uncredited screenwriter Ben Maddow, were blacklisted leftists, and the terse portrayal of a hitman (Vince Edwards, the star) as an independent contractor working hard to buy a house on the Ohio River to share with his unseen girlfriend — a sort of Haliburton or Blackwater operative avant la lettre, hired by an equally unseen Cheney, and calmly regarding his work like a self-improving Zen master — is at times downright hilarious. So are the performances of Herschel Bernardi and Phillip Pine as two kvetching Los Angeles goons hired to chaperone the hitman and supervise the action. No less presciently and pertinently, neither they nor the hitman prove to be entirely equal to their task. [3/21/10] 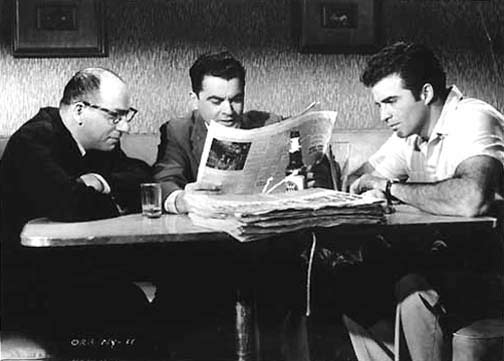