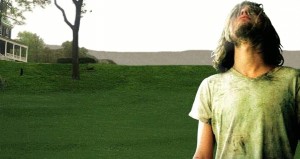 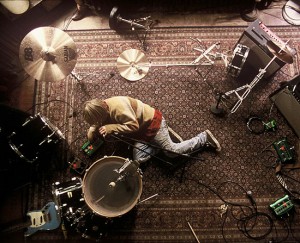 A film about a junkie rock musician, played by Michael Pitt at his most narcissistic, doing nothing in particular for the better part of 97 minutes isn’t my idea of either a good time or a serious endeavor. Yet a few of my colleagues seem to be responding to Gus Van Sant’s Last Days the way some responded to The Passion of the Christ — taking it without a grain of salt or an ounce of irony. But it’s the grunge version of the Christ story, so that makes it hip.

Manohla Dargis of the New York Times writes that it’s about the “resurrection of Gus Van Sant,” the “mystery of human consciousness,” the “ecstasy of creation,” and “how sorrow sometimes goes hand in hand with the sublime.” Even a compulsive jokester like the New Yorker‘s Anthony Lane sounds like he just stepped out of Sunday school, writing, “Some of the motion has a hypnotizing grace,” and when the camera retreats from a house where Blake (Pitt) is noodling distractedly on his guitar, “We might as well be overhearing him at prayer.” When Blake finally dies we see “his soul, as naked as a baby, rise languidly from his broken body and clamber out of the frame.” All of which, I suppose, adds up to Mel Gibson lite. 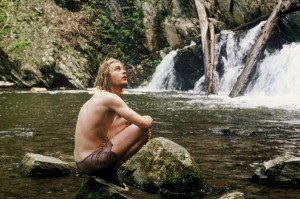 Apparently Van Sant achieved this state of hip nirvana just by dimly evoking the final meanderings of Kurt Cobain: he has Blake (no doubt named after the author of “The Tiger”) wander randomly through and around a lakeside mansion (captured by able cinematographer Harris Savides). If this movie were about any old junkie rock musician the void at its center would be much more obvious, but Van Sant shrewdly calculated that he could easily persuade audiences to fill that void with the mystique of Cobain and Nirvana, even though his movie has little to say about either. There isn’t even an equivalent to Courtney Love. 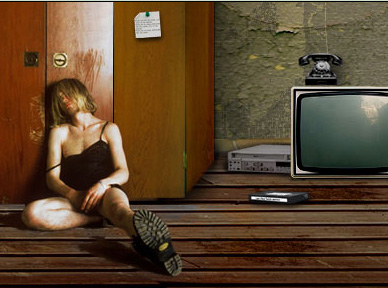 Given that commercial filmmakers usually fetishize speed, there’s something refreshing about a director devoting himself to a character doing as little as possible as slowly as possible. But Last Days works only when it deviates from this pattern, as it does in a hilarious scene depicting the rock star’s friendly yet indifferent agreement to buy space in the yellow pages from a clueless door-to-door salesman (Thadeus A. Thomas, the movie’s only perfectly cast actor), or when it focuses on other members of Blake’s entourage, or when the camera retreats at a snail’s pace from the mansion for what feels like eternity. I suppose there’s even something audacious about eventually showing Blake (or his “soul”) ascend to heaven in double exposure, though I’m sure Pier Paolo Pasolini could have managed that with a lot less tackiness.

Less dreary than Van Sant’s Gerry but far less interesting than his Elephant, Last Days founders as a programmatic, mannerist experiment because it offers so little content apart from vague intimations of the Cobain myth. Van Sant may be trying to distract us with time overlaps that show the same nonincidents from separate camera angles. But this idea is cribbed from Bela Tarr’s Satantango — as Van Sant admits similar overlapping incidents in Elephant were — and it’s simply applied like a favorite brand of paint, with no apparent thematic or narrative purpose. Making the very simple look important may sound like an obvious thing for a minimalist to do, but if the simple isn’t interesting to begin with that’s an uphill battle. 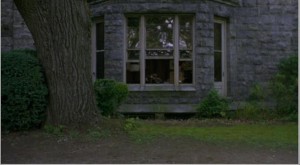