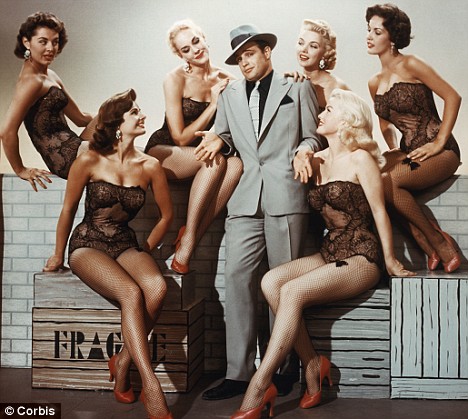 Conceivably the second best picture Sam Goldwyn ever produced (after The Best Years of Our Lives), this 1955 blockbuster musical has an undeservedly bad rep, largely because the two leads — Marlon Brando as professional gambler Sky Masterson and Jean Simmons as Salvation Army recruiter Sarah Brown — aren’t professional singers. In fact, they both do wonders with Frank Loesser’s dynamite score because they perform their numbers with feeling and sincerity, and their efforts to live up to their material are perfectly in tune with the aspirations of their characters (as well as the songs themselves). In short, this may be the only Method musical. Joseph L. Mankiewicz does a creditable job with the stylized, stagy sets and the pungent vernacular of the original Damon Runyon material (which he also adapted). Also on hand, and at their very best, are Frank Sinatra (as Nathan Detroit), Vivian Blaine (as Adelaide), Stubby Kaye, B.S. Pully, Veda Ann Borg, and Johnny Silver. 150 min. (JR) 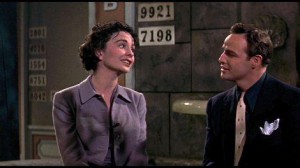