Written for Moving Image Source [movingimagesource.us], and posted there, as “Obscure Objects,” on June 19, 2008. It’s worth noting that most of the major films discussed here are now available in the U.S., on DVD and/or Blu-Ray,– J.R. 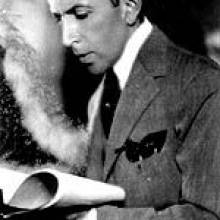 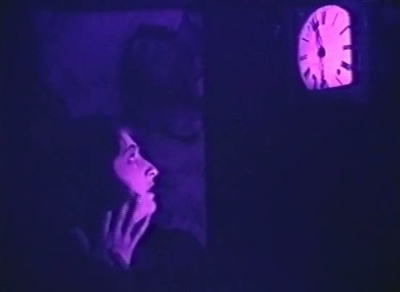 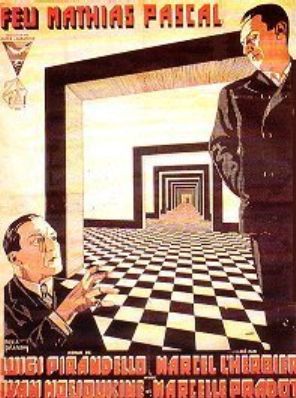 He’s hardly a household name anywhere, yet there’s still a striking discrepancy between the profile of filmmaker Marcel L’Herbier (1890-1979) in France and everywhere else —- almost as if a “not for export” label had been stamped on his forehead. Founder and head of l’IDHEC (l’Institut des Hautes Études Cinématographiques), the most famous French film school, for over a quarter of a century (1943-1969), as well as onetime director of the Cinémathèque Française (1941-1944), author of hundreds of articles, and a pioneer in French television who produced over 200 documentaries, he’s still better known today as the writer-director of about 50 films, mostly features. Yet none of these is easily obtainable in the U.S. 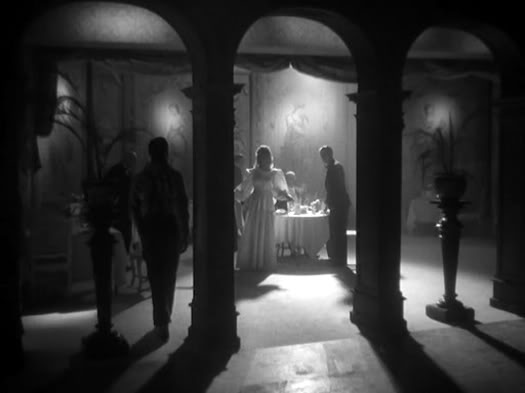 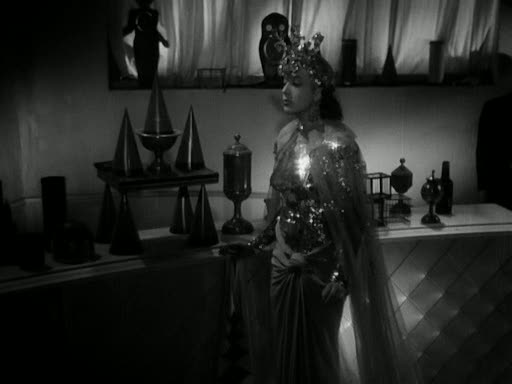 Probably the best known, formerly on VHS, is La nuit fantastique (Fantastic Night, 1942), a fantasy with Fernand Gravey as an innocent student literally pursuing the woman of his dreams (Micheline Presle) in his dreams. Both whimsical and disturbing —- with a happy ending even more troubling than anything that precedes it —- this nocturnal adventure conveys the dark, cavernous underside of the German occupation almost as pungently as Cocteau’s Orphée did retrospectively, eight years later. Conceived as a tribute to Georges Méliès, and registering as a kind of Eyes Wide Shut avant la lettre, it features a formal ball held at the Louvre, complete with a magic show and trapdoors —- and echoes of the visual style found in L’Herbier’s more overtly experimental work during the silent era, such as diverse uses of blurred focus and superimpositions to suggest subjective states of mind. (In L’Herbier’s 1921 El Dorado, the distraction of the prostitute heroine, thinking of her ailing son while dancing in a crowded club, is conveyed by making her the only on-screen character who’s out of focus.) 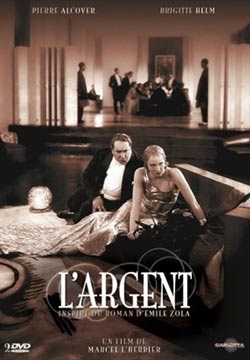 When L’Herbier died at age 91, a few film titles were mentioned in the bare-bones obituary in the New York Times, but little else. Almost thirty years later, the almost simultaneous appearance of a lavish two-disc edition of L’Herbier’s most celebrated film, L’Argent (Money, 1928), newly restored on the French Carlotta label, as well as an ambitious collection of articles drawn from a 2006 conference, Marcel L’Herbier: L’Art du Cinema (edited by Laurent Véray, Paris: Association Française de Recherche sur l’Histoire du Cinéma) — including a DVD with another restored silent feature, Le Diable au Coeur (1927) — gives us a good opportunity to explore the reasons for both his importance and his relative obscurity outside of France.

None of this material is in English, apart from abstracts of all 25 of the articles in the Véray collection–suggesting a kind of vicious circle in this syndrome of neglect. An earlier French book about L’Herbier by American expatriate and film theorist Noël Burch came out in 1973, when Burch was still a formalist. His contribution to the new collection, discussing “the ambivalences of a `bisexual’ filmmaker”, reconfigures his interest in relation to gender studies. (The prominence of Jaque Catelain — L’Herbier’s relatively untalented muse, whom Burch calls a “wooden Harry Langdon” — in nine early pictures may have contributed to the critical scorn heaped on some of them, especially L’inhumaine.)

Even a cursory look at what L’Herbier meant to French cinema in the late teens and 20s suggests that one of the reasons for his neglect may be simple classification. France might be the only country in the world where, during most of this period, experimental and commercial narrative filmmaking had some kind of working coexistence, as evidenced by such films as Abel Gance’s J’Accuse (1919), La Roue (1923), and Napoléon (1927); Louis Delluc’s Fièvre (1921) and La Femme de nulle part (1922); Jean Epstein’s Coeur fidèle (1923) and La chute de la maison Usher (1928); Germaine Dulac’s La Souriante Madame Beudet(1923); Carl Dreyer’s La Passion de Jeanne d’Arc (1928); and L’Herbier’s El Dorado (1921), L’Inhumaine (1924), and L’argent (1929). Without a grasp of this context, it becomes difficult to place L’Herbier, who arguably straddled these seemingly disparate realms more than anyone else.

English-language resources for exploring this fertile terrain include Richard Abel’s indispensable French Cinema: The First Wave, 1915-1929 (1984) and Dudley Andrew’s invaluable Mists of Regret (1995). A superb U.S. DVD of La roue has just been released by Flicker Alley (which is planning to release J’accuse in the fall), and we already have good versions of Dreyer’s Passion of Joan of Arc and Luis Buñuel’s Un Chien Andalou and L’age d’or (two key items missing from the above list), while excellent shorts from this period by Dulac and Epstein can be found on Kino Video’s Avant-Garde: Experimental Cinema of the 1920s and ‘30s. 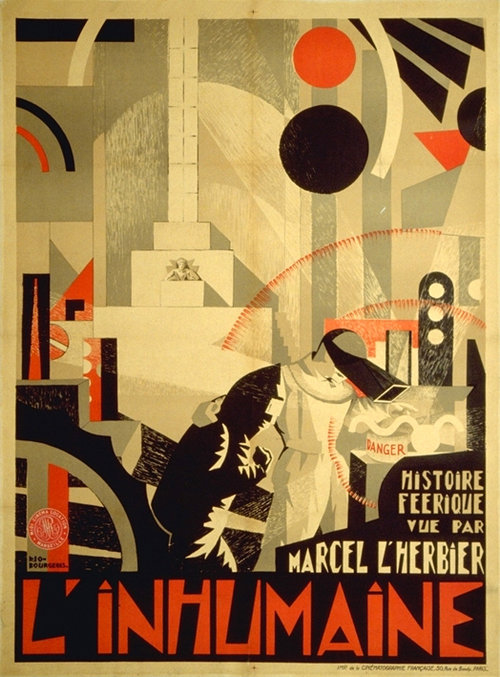 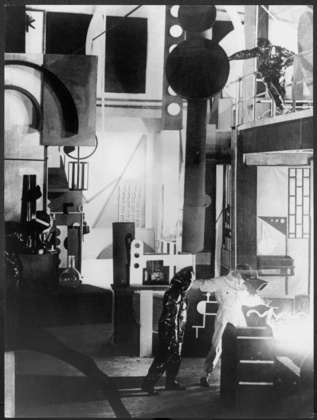 Other French restorations without subtitles, of El Dorado and L’inhumaine (The Inhuman Woman), can be tracked down as well. [2016 postscript: A handsome, tinted Blu-Ray of the restoration of L’inhumaine, with English subtitles, is being released by Flicker Alley on February 23.] The latter —- a campy, bizarre SF extravaganza featuring sets by Fernand Léger, Claude Autant-Lara, and Alberto Cavalcanti —- sometimes prefigures the grandiosity as well as misogyny of L’argent in terms of space, costume, and what might be termed diva behavior. (The diva in this case — soprano Georgette Leblanc, known as the lover of both Maurice Maeterlinck and The Little Review’s Margaret Anderson — was also the producer.)

An admirer of Debussy, Claudel, Proust, and Wilde who could be described as a sort of fin de siècle decadent, L’Herbier started out as a poet, playwright, and drama and ballet critic until he discovered cinema via Cecil B. De Mille’s The Cheat in 1917. After working for Gaumont up through El Dorado in 1921, he founded his own production company, though most of his subsequent features were coproduced. 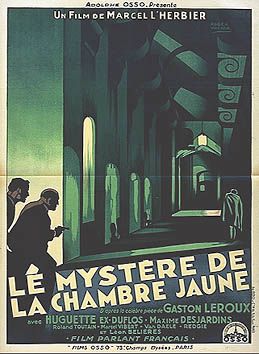 Some of his films — such as Le Diable au Coeur, made just before L’argent—- are relatively conventional narrative fare. But even this tale has striking features: set in an impoverished fishing village, it’s the first French film to be shot on panchromatic stock, and it positively glistens. Two early lighthearted talkies based on Gaston Leroux thrillers, Le mystère de la chambre jaune (1930) and La Parfum de la dame en noir (1931), offer many playful formal hijinks involving sound and space. And L’argent itself, the most expensive film ever made in France at that time (making the film’s title especially apt), was shot on such a grand scale that L’Herbier was able to take over the Paris Bourse for three days. Yet it also can be viewed as a summation of many of L’Herbier’s earlier avant-garde experiments.

Adapted from Emile Zola’s novel of the same title about the 1868 crisis at the Paris Stock Exchange, it updates the action sixty years to the present, entailing radical alterations that come close to anticipating the hysteria of the market crash of 1929. The grandiosity of the design is reflected not only in the many large global maps that recur in the plot but in the international cast. Featured are two German stars from Metropolis, Brigitte Helm and Alfred Abel, as well as the imposing Pierre Alcover. All three play villainous and ruthless capitalists, but it’s the robust and pudgy Alcover in a highly nuanced performance who emerges as the most sympathetic and commanding character, even more than the putative hero and heroine —- a pilot hero modeled roughly on Charles Lindbergh (Henry Victor, the English-born actor who would later play Hercules in Freaks) and his impressionable wife (Mary Glory), whom Alcover’s character Saccard lusts for. (Antonin Artaud and Jules Berry play smaller roles, as two of Saccard’s confederates —- his secretary and a reporter.) 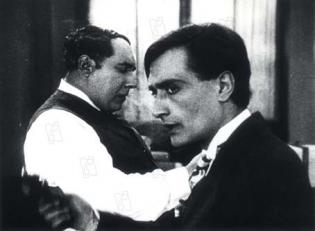 The pilot gets exploited in a stock-market scam concocted by Saccard in which he makes a well-publicized flight to French Guyana, where Saccard owns oil fields, and then appears to die in a crash en route. (He survives, but then begins to lose his eyesight.) Eventually Saccard’s machinations are exposed in a trial, thanks to the skullduggery of his former mistress (Helm) and key rival (Abel) and the revenge of the pilot’s wife (Glory). 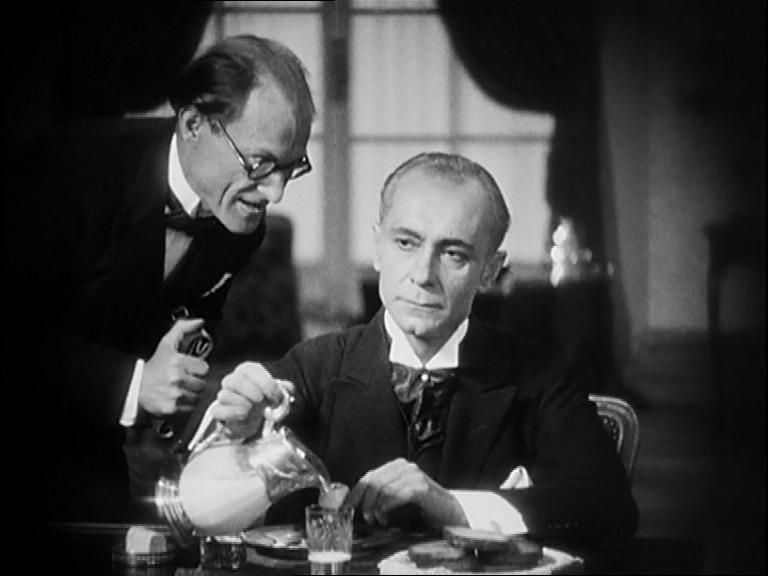 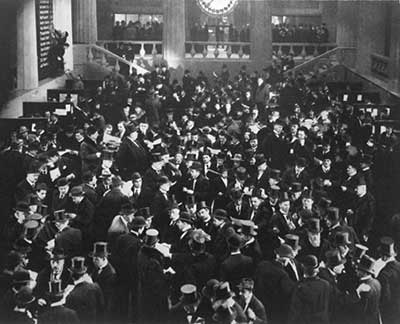 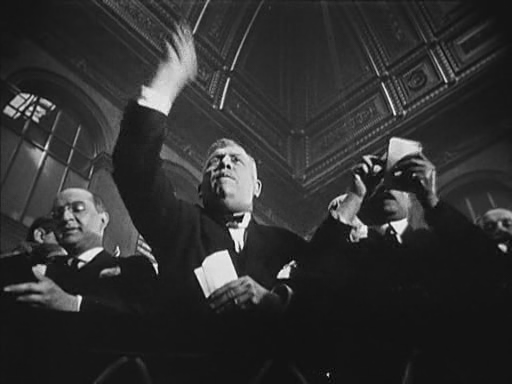 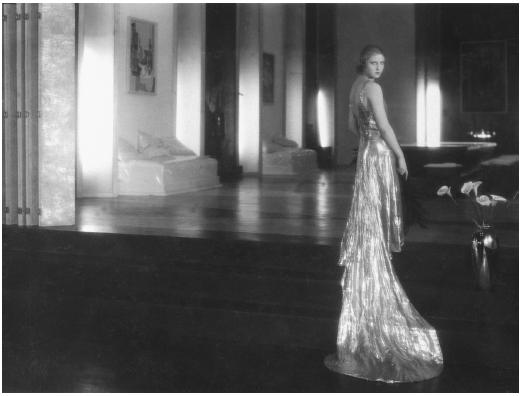 Stylistically, the film is as extravagant as its plot. The pendulum-like crane movements and elaborate tracks in both the Bourse and the gigantic, cavernous sets designed by Lazare Meerson and André Barsacq are the main attractions in a 40-minute “making-of” documentary by Jean Dréville shot at the same time (and included as a bonus on the DVD). These sets are anticipated in some of L’Herbier’s earlier features, where the crowded interiors tend to provoke either claustrophobia or agoraphobia; there’s also an absurdly opulent party here that can be traced back to one in L’Inhumaine. Even more characteristic are some of the other visual effects —- blurred focus to suggest subjective impressions; graphic displays of words within the narrative spaces; superimpositions that, like the cluttered and crowded interiors, evoke Josef von Sternberg; eccentric low or high angles; and musically percussive patterns of editing. The real sounds of Bourse crowds and airplanes were played back on 78 rpm records during screenings when the film premiered, and some of these noises are preserved on the DVD.

The degree to which L’Herbier’s films reek of their own periods is evident especially in their promotional materials. The elegant hologram stills encasing the L’argent box set are splendid examples of this. One shows Alcover seated behind Helm on a sofa in a huge, stylish living room; the trail of her evening gown extends so far out of frame that it traverses an entire section of the carpet. On the reverse side, Abel and Glory confront one another across an intricately checkered floor while a huge, monumental map of South America dominates the curved wall behind them. It’s at such moments — when the graphic designs seem to overwhelm or else become the dramas — that the art of L’Herbier might be said to flourish. 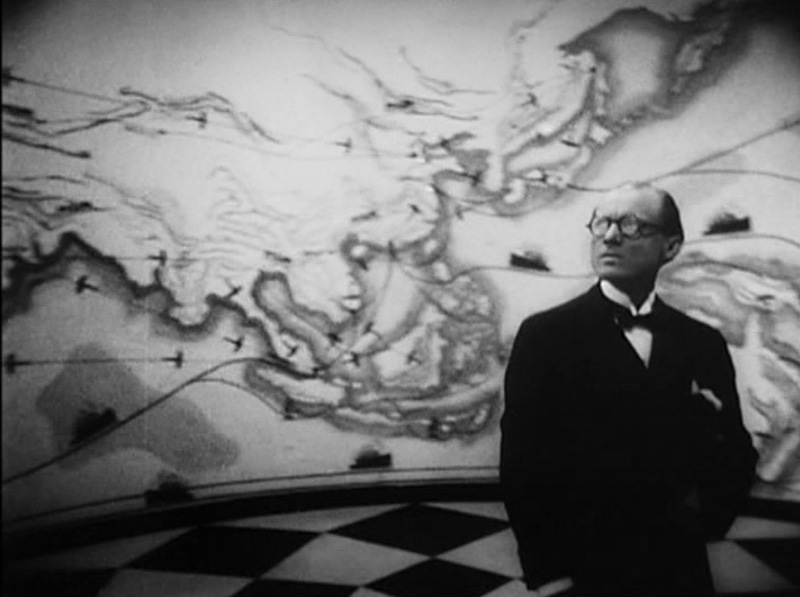