Written by Mostow and Sam Montgomery

Directed and written by Sidney Lumet 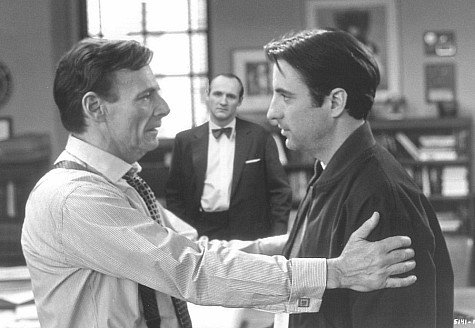 About three-quarters of the way through Breakdown — the well-crafted theatrical-feature debut of director and cowriter Jonathan Mostow, a thriller offering more bang for your buck than almost any other recent release — I started to feel nauseous. It’s a problem I encounter during a lot of commercial American movies these days, usually for more or less the same reason; if I had to encapsulate this reason in a single phrase, I’d say it’s the way they turn people into garbage. By “people” I mean mainly fictional characters, but also filmmakers and filmgoers, because when people on-screen are treated like garbage and the movie “works” — clicks, delivers, offers more bang for our buck — the filmmakers are turning themselves and us into garbage as well.… Read more »

Written for the Viennale’s catalogue accompanying its Jerry Lewis retrospective in October 2013, where it appears in German translation. — J.R. 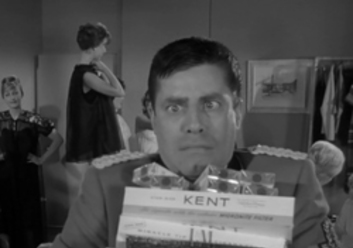 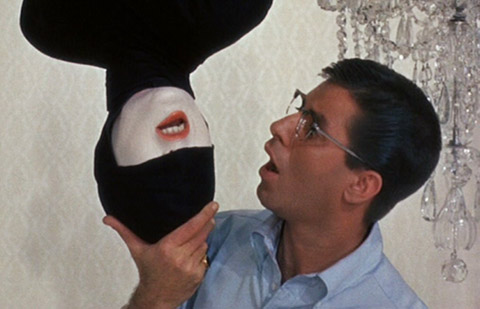 1. Why Did — and Do — the Americans Love Jerry Lewis So Much?

…Jerry Lewis’s face, where the height of artifice blends at times with the nobility of true documentary. — Jean-Luc Godard on Hollywood or Bust, July 1957 (1)

The usual question — and by now a completely tiresome one — is, “Why do the French love Jerry Lewis so much?” People have been asking this question — mainly rhetorically rather than with any genuine curiosity about the answer — for over half a century, yet if it was ever worth asking in the first place, this was only for roughly the first two decades of that period. As far as I can tell, this was a love that was first fully declared in detail (though it was far from being universally accepted even in France, then or later) in December 1957, when Robert Benayoun published an article in Positif entitled “Simple Simon ou l’anti-James Dean”, although earlier appreciations, Godard’s among them, had already appeared by then.

This was only about a month before Lewis, having ended his partnership with Dean Martin a year and a half earlier, and subsequently become his own producer on Rock-a-Bye Baby, purchased a mansion in Bel Air that had formerly been owned by the late Louis B.… Read more »