These are expanded Chicago Reader capsules written for a 2003 collection edited by Steven Jay Schneider. I contributed 72 of these in all; here are the fifth dozen, in alphabetical order. — J.R.

The Red and the White
This 1967 feature was one of the first by Hungarian filmmaker Miklós Jancsó to have some impact in the U.S., and the stylistic virtuosity, ritualistic power, and sheer beauty of his work are already fully apparent. In this black-and-white pageant, set during the aftermath of the Russian Revolution, the reds are the revolutionaries and the whites are the government forces ordered to crush them. Working in elaborately choreographed long takes with often spectacular vistas, Jancso invites us to study the mechanisms of power almost abstractly (as suggested by the Stendhalian ring of his title), with a cold eroticism that may glancingly suggest some of the subsequent work of Stanley Kubrick. But this shouldn’t mislead one into concluding that Jancsó is any way detached from either politics or emotions. 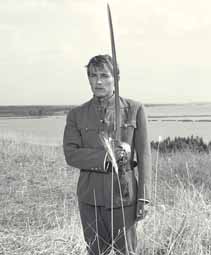 For one thing, the markedly nationalistic elements in The Red and the White could be —- and were —-interpreted as anti-Russian, especially if one considers that the film was made less than a decade after the Soviet repression of the Hungarian revolution, which left over 7,000 Hungarians dead.… Read more »

The Warmth and Artifice of MOANA

From the March 2016 issue of Artforum, where it appears under the title “Given Voice”. — J.R. 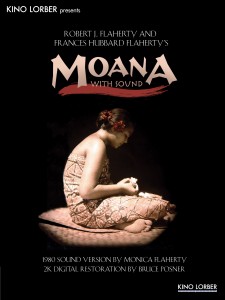 “Until recently,” wrote anthropologist Jay Ruby thirty-odd years ago, “the scholarship and popular press surrounding [Robert J.] Flaherty have tended toward two extremes—portraying him in mythical terms and ‘worshipping’ his films or debunking them as fakes and frauds and castigating him for a lack of social and political consciousness.” But the more balanced view of “Flaherty as a man of his time and culture” that Ruby saw succeeding these extremes still hasn’t fully taken hold, perhaps because the very meaning of the term “documentary” is still being debated. Even when we smile (or flinch) at some of Flaherty’s romantic conceptions, the comprehensive theoretical questions raised by his methods are ones we still can’t confidently say we’ve resolved. 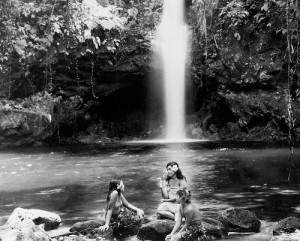 “Documentary” was reportedly first used in English by the Scottish filmmaker John Grierson in a pseudonymous rave review of Flaherty’s second feature, Moana (1926). (Seeking to duplicate the success of Nanook of the North [1922], but in warmer climes, Flaherty set sail for the South Seas the following year, his entire family in tow, to shoot a film in Samoa.) Significantly, Grierson employed the novel term to register one of the film’s subordinate virtues: “Of course Moana, being a visual account of events in the daily life of a Polynesian youth, has documentary value,” he noted.… Read more »