Problems of Access: On the Trail of Some Festival Films and Filmmakers 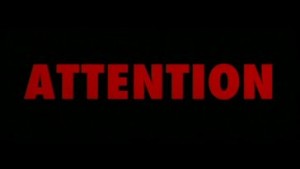 “Festival ﬁlm”: a mainly pejorative term in the ﬁlm business, especially in North America. It generally refers to a ﬁlm destined to be seen by professionals, specialists, or cultists but not by the general public because some of these professionals decide it won’t or can’t be sufﬁciently proﬁtable to warrant distribution. Whether these professionals are distributors, exhibitors, programmers, publicists, or critics is a secondary issue, particularly because these functions are increasingly viewed today as overlapping, and sometimes even as interchangeable. 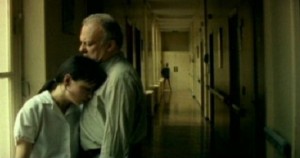 The two types of critic one sees at festivals are those (the majority) who want to see the ﬁlms that will soon be distributed in their own territories, and those who want to see the ﬁlms that they’ll otherwise never get to see — or in some cases ﬁlms that may not arrive in their territories for a few years. The ﬁrst group is apt to be guided in their choices of what to see by distributors, or else by calculated guesses of what distributors will buy. The second group, if it hopes to have any inﬂuence, will ultimately seek to persuade potential distributors as well as ordinary spectators, but whether it functions in this way or not, its spirit is generally guided by cinephilia more than by business interests. Read more

From The Soho News (May 20-26, 1981). I’m sorry that I still haven’t managed to see Vermont in 3 1/2 Minutes, a 1963 film made by a childhood friend of mine — and that I haven’t been able to find any more illustrations for the small-gauge films that I wrote about here….My expressed feeling of solidarity with Squeeze Play was no doubt inflected by the fact that I was living in Hoboken at the time. — J.R.

May 8: At Anthology Film Archives, to see a program in “Home Made Movies: 20 Years of American 8mm and Super-8 Films” — an intriguing and varied series selected by Jim Hoberman that runs through the end of next month, warmly recommended to everyone without money who nurtures fantasies about taking over the media. I learn straight away that Linda Talbot’s Vermont in 3 1/2 Minutes is being replaced by Bear and Jane Brakhage’s Peter’s Dream, a title glossed by Jonas Mekas as referring to Peter Kubelka.

This reminds me of a somewhat troubled notion that first reared its inglorious head when I had the occasion to view all the films in the Whitney’s previous Biennial. The idea is simply that a surprising number of North American avant-garde films seem to center on the same general obsession as The Deer Hunter or Manhattan — namely, a boastful inventory of male possessions: This is my hometown, my house, my rifle, my dog, my Bolex, my woman, my art. Read more