An adulterous, womanizing investigative journalist (director Clint Eastwood), on the wagon and somewhat over the hill, inherits an assignment to interview a man convicted of murder (Isaiah Washington) hours before he’s slated to be executed at San Quentin, and he becomes convinced that the man is innocent. Eastwood as a director generally alternates more adventurous projects (Bird, White Hunter, Black Heart) with bread-and-butter fare like the Dirty Harry movies, and this hokey thriller, reeking with 30s prison-movie stereotypes and High Noon countdowns, may be the price we have to pay for Midnight in the Garden of Good and Evil. The storytelling is as crafty and streamlined as ever, but the story itself, adapted from a novel by Andrew Klavan, is so shopworn that not even three better-than-average screenwriters (Larry Gross, Paul Brickman, Stephen Schiff) can overcome the cynical and absurd contrivances. Eastwood himself, pushing 70 but cruising women in their early 20s, counts on more goodwill than I can muster. I wasn’t bored, but my suspension of disbelief collapsed well before the end. With Denis Leary, Lisa Gay Hamilton, and James Woods. (JR) 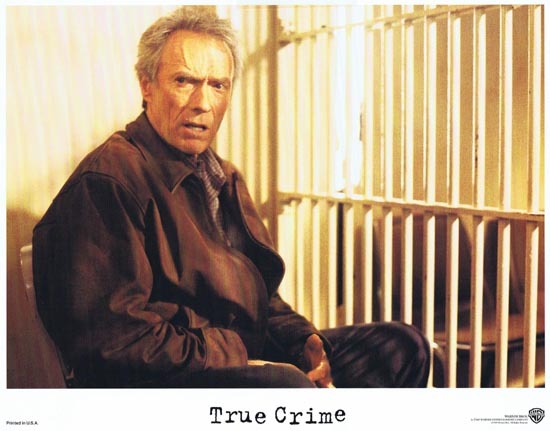