Declarations of Independents: Come As You Were 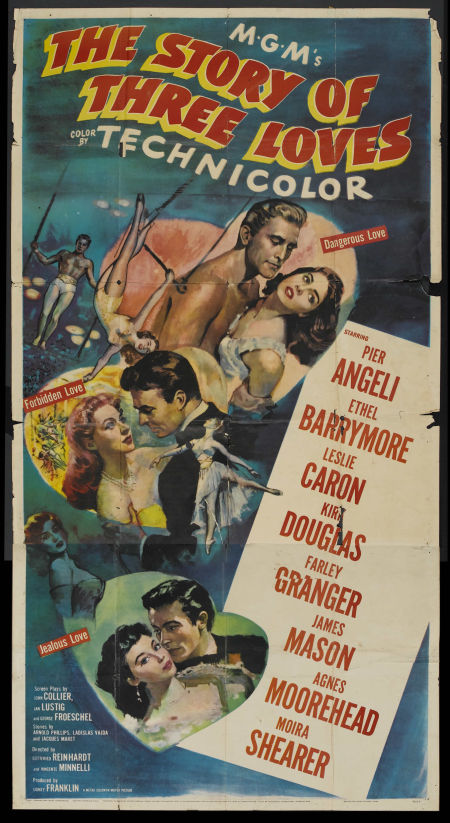 April 7: The Story of Three Loves (1953) at the Regency. It’s been over 27 years since I last saw this luscious, kitschy technicolor trio of thematically related sketches — awkwardly and arbitrarily stitched together on an intervening ocean liner — and it impresses me even more now than it did at age 10. Its terrain is neither Hollywood nor Europe, exactly, but a glossy MGM compromise between American dreams of Europe and European emigré dreams of America. And the fascinating thing about it today is the degree to which pop existentialism composes its principal form of hard aesthetic and social currency, in all three of its delirious parables about love and art.

In the London-based “The Jealous Lover” (scripted by John Collier, directed by Gottfried Reinhardt), ballerina Moira Shearer learns she has a weak heart that prohibits further dancing. Subsequently inspired, however, by the florid imagination and genius of director James Mason, she devotedly and ecstatically dances herself to death. 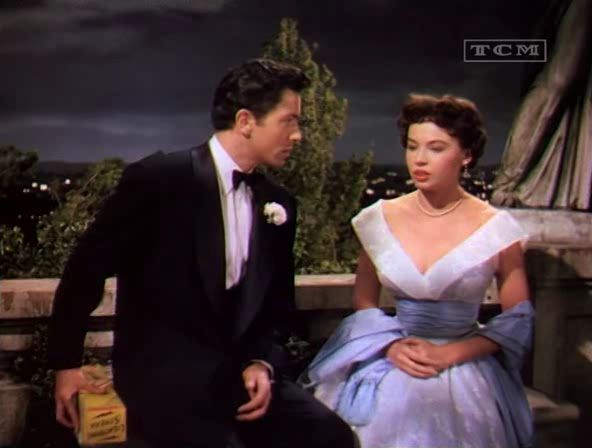 “Mademoiselle” offers Vincente Minnelli’s mise en scène of a Rome-based fantasy about an 11-year-old Ricky Nelson patterned somewhat after Daisy Miller’s twerpy kid brother. Secretly infatuated with his governess, Leslie Caron, he is enabled by the magic of an obliging American witch (Ethel Barrymore) to become Farley Granger for one enchanted, Cinderella-tense evening.

Vengeance is Theirs [on MYSTIC RIVER]

The critical community has spoken: Clint Eastwood’s Mystic River is a masterpiece and a profound, tragic statement about who we are and the inevitability of violence in our lives — a pitiless view, in which violence begets violence and the sins of the fathers pass to later generations.

Presumably these qualities are also in Dennis Lehane’s best-selling novel, which I haven’t read, but it’s the movie that’s drawing most of the superlatives from American critics. The acclaim started after the film premiered at Cannes, when much of the griping American press seemed to see it as a vindication of American filmmaking, an answer to the terrible state of cinema in general. Some of those critics may have seen it as a vindication of U.S. patriotism as well — one reason it’s likely to rack up plenty of Oscars.

The last Eastwood movie that provoked biblical language and allusions to Greek tragedy was Unforgiven (1992), which also saw violence as both awful and unavoidable — our destiny and perhaps even our birthright.… Read more »

The deal went something like this: Clint Eastwood convinced Warners to let him make his ambitious movie Bird, about jazz giant Charlie Parker, by agreeing to grind out another Dirty Harry film in exchange. But because he was evidently less than enthused about the prospect of perpetuating the series, he chose to make this umpteenth episode pivot around the issue of the sickness of the media’s pandering uses of violence, as if to exonerate himself from his own doubts about the Dirty Harry cycle. It’s a sincere but ultimately pathetic instance of the pot calling the kettle black, with Eastwood trying to distance himself from the source of his appeal with his left hand while catering to it with his right. The results are an episodic thriller that certainly has its moments, but eventually peters out into dull formula standbys; Eastwood’s Harry seems weary of his own sarcastic witticisms, and the ones here won’t make anybody’s day. Patricia Clarkson, Evan Kim, Liam Neeson, and David Hunt costar; the script is by Steve Sharon. (JR)

The following text, a late addition to this web site, was copied almost verbatim (apart from the correction of typos) from the laptop of the late Peter Thompson, thanks to the help of his widow, Mary Dougherty. — J.R.

The following article is excerpted from a lecture given on June 15, 1989 in Lisbon, Portugal, at a seminar organ­ized for the Luso-Americanos de Arte Contemporanea at the Fundacao Cal­ouste Gulbenkian to introduce screen­ings of a dozen recent American inde­pendent films selected by Richard Peña and myself. Peña and Jon Jost also gave lectures at the same semi­nar — the former offered a broad history of independent filmmaking in the U.S., while the latter gave a subjective account of his own experiences as an independent filmmaker — followed by interventions from Portuguese critics.

It is virtually impossible to treat recent American inde­pendent film as a unified, homogeneous body of work. While there has been an unfortunate tendency in academic criticism to treat Italian neo-realism. the French nouvelle vague, or Hollywood films during any particular decade as if they had homogeneity and unity, such an effort can be made only if one views the work incompletely and superficially, and this is perhaps even more true with an unwieldy category such as American independent film.… Read more »