From Film Comment (May-June 1974). Apart from my responses here to Malle, Whale, and Fejos, I no longer identify with most of what I wrote here, over 41 years later. Much of this -– especially my reactions to Ferreri and The Great Garrick — was strongly influenced at the time by my friendship with the late Eduardo de Gregorio. —  J.R. 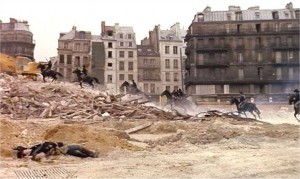 The word is out that Marco Ferreri’s TOUCHE PAS LA FEMME BLANCHE (DON’T TOUCH THE WHITE WOMAN) isn’t making it at the box office. The notion of staging a semi-political, semi-nonsensical Western in Les Halles seems to be bewildering French audiences, even when they laugh, and neither the presence of Michel Piccoli, Marcello Mastroianni, Philippe Noiret, and Ugo Tognazzi, nor the singular glace of Catherine Deneuve as the white woman, appears to have turned the trick. Our local Philistine, Thomas Quinn Curtiss in the International Herald Tribune, was distinctly sourced by the experience: “The subject is certainly serviceable for caricature, but Ferreri’s hand is so clumsy that the result is rather a burlesque of the cow operas of his homeland…All is grotesque, but nothing is funny in this wild, tasteless travesty that consistently misses its targets.” When I mentioned liking the film to a French colleague on the phone, I can almost swear I heard an audible shudder creep across the lines. Read more

The Hunter
(Rafi Pitts, Germany/Iran)
A Separation, equally pleasing to mullahs and Western viewers, got all the prizes for its clever manipulations, but Pitts’s singular puzzle thriller, which also strategically withholds narrative information and can never be shown in Iran, is the one I keep thinking about. (Class warfare is the true, undeclared subject of both films.) Pitts plays a Tehran night watchman who starts shooting cops at random after losing his wife and child just before the country’s stolen election. The film’s second act shifts radically in style, locale, and focus, like On Dangerous Ground. —Jonathan Rosenbaum 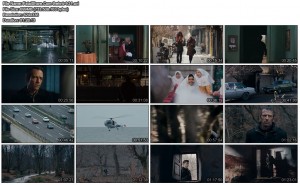 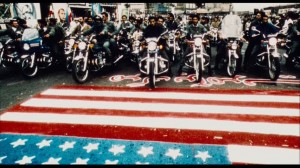 Cut to a highway tunnel, then to a rifle being loaded in the woods, then to the same title hero (played by the writer-director, Rafi Pitts) holding the rifle in front of a raging campfire at night. Read more 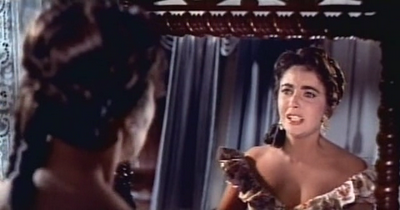 A memorable if generally unsuccessful attempt (1958) by MGM to bring back the glory of Gone With the Wind, adapting Ross Lockridge’s best-selling novel about the Civil War as a 168-minute blockbuster with Elizabeth Taylor and Montgomery Clift (who suffered a nearly fatal car accident during the filming and had to have his jaw wired). Edward Dmytryk’s direction gets ponderous over the long haul, but nice visuals (Robert Surtees) and a pretty good secondary cast (including Eva Marie Saint, Lee Marvin, and Agnes Moorehead) help to alleviate some of the slow patches. (JR)

“A movie pours into us. It fills us like milk being poured into a glass.” — John Updike 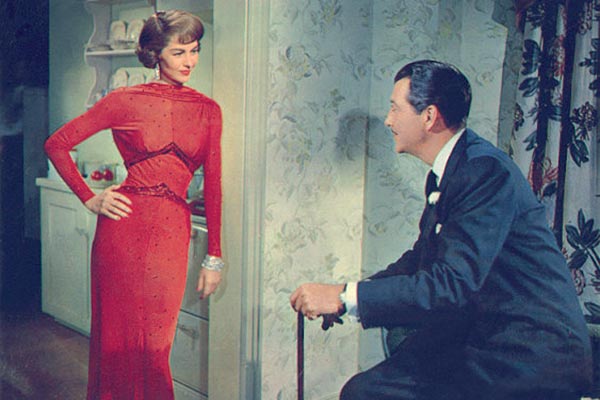 A film that might be regarded as Nicholas Ray’s farewell to Hollywood (if not commercial filmmaking), as well as his tribute to Chicago in the 20s, this 1958 feature is also one of his most affecting love stories. An unlikely alliance between a crippled and crooked lawyer (Robert Taylor) and a dancing showgirl (Cyd Charisse), both of whom try to escape the power of a tyrannical mobster (Lee J. Cobb), forms the basis for a flamboyant poem in delirious color and ‘Scope that is treated with a mixture of violence and lyricism unique to Ray. This is the only movie he made at MGM, and he makes the most of the production resources available; Taylor and Charisse have never been better, and rarely has Ray’s theme of two flawed individuals trying to strike a symmetrical balance achieved a more beautiful and convulsive expression. With John Ireland and Kent Smith. 99 min. (JR)