I was too late in catching up with La La Land to have included it in my best-of-the-year lists for Sight and Sound and Film Comment, where it likely would have figured in both cases. But one telling aspect of the movie that I find missing from the reviews that I’ve read is just how desperate its euphoria turns out to be — which is not an argument against this euphoria but a statement of what gives rise to it and what makes it so poignant. Of course this is a fact about many of the greatest musicals (and greatest post-musicals, such as those of Jacques Demy that Damien Chazelle is so obviously emulating) that characteristically gets overlooked, which is how much the elation of song and dance is only half of a dialectic that also highlights failure, hopelessness, and defeat. The most salient thing about the musical numbers here is how they figure as interruptions to misery and diverse irritations and frustrations — interruptions that are typically interrupted in turn by the hell of a freeway traffic jam or the anguish of a failed audition.

This is what makes the singing and dancing seem absolutely necessary, not merely a simple flight from unpleasantness. If the movie’s opening and closing production numbers are by far the most impressive and powerful, this is because they’re both responses to realities perceived as unbearable — which becomes all the more unbearable in the latter case by being disguised as a phony happy ending (like the hysterical happy ending of Capra’s It’s a Wonderful Life). Retrospectively, this might even be said to echo the bitter aftertaste of the hero’s “success” at the end of Whiplash (with J.K. Simmons brought back  in an almost equivalent role) as well as the lingering sadness of much of Guy and Madeline on a Park Bench. Clearly, in the final analysis, La La Land is far more about the death of cinema and the death of jazz than it is about their rebirth or survival. It’s about boarded-up movie houses, antiquated analog recordings, and artistic aspirations that can only be fulfilled (as well as fueled) by fantasy. [12/16/16] 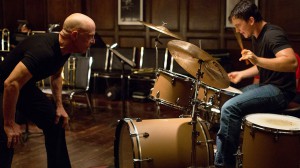 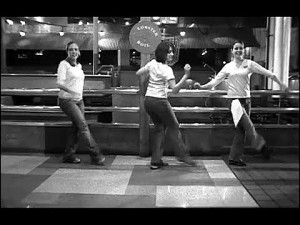 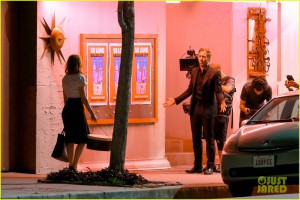