This may be Antonioni’s most unjustly neglected fiction feature, at least in the U.S. (though even in France, where it’s on DVD, it’s only available in a box set). I reviewed it for the May 1975 issue of Monthly Film Bulletin. –J.R. 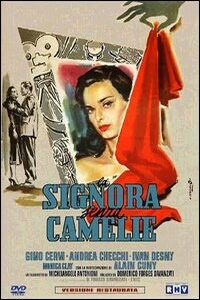 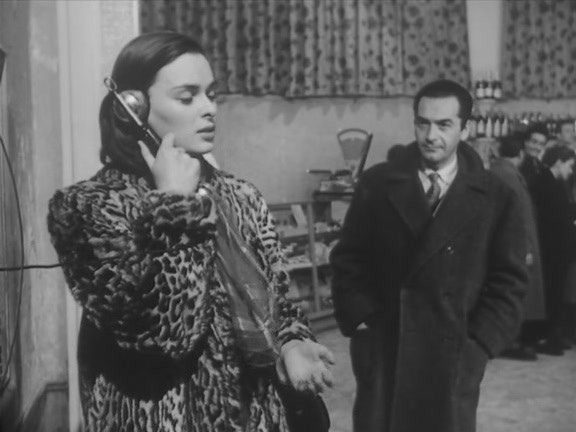 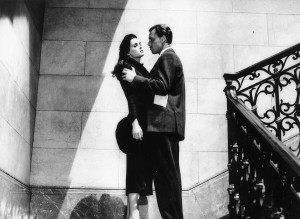 If it lacks the final fusion of purposes characterizing a masterwork, La Signora Senza Camelie is nevertheless so unmistakably and remarkably the work of a master that one is shocked to discover the rather cursory critical treatment is has generally been accorded. A frequent bone of contention is Lucia Bosè’s performance as the starlet in search of an identity –- recalling that the part was first offered, in turn, to Gina Lollobrigida and Sophia Loren, and usually implying some difficulty in accepting Bosè as a persuasive Milanese-shopgirl-turned-sex-symbol. Yet what strikes one at once today is how totally her cold, somewhat remote beauty establishes and “places” the tone of the film, clarifying her cosmic distance from the brassy world of popular filmmaking as well as the natural way in which she might become the goddess of such a realm. In anticipation of Godard’s Vivre sa vie, Antonioni brilliantly opens the film with an image of Clara seen from behind, as an anonymous pedestrian -– tracing her fingers across a move poster and then strolling down the street, the camera gliding slowly after her until she turns into the cinema entrance. When we cut to the auditorium as she joins the crowd inside, the first clear image that we have of any face in the film is the large one looming on the movie screen, which subsequently proves to be her own -– a succinct introduction to that discontinuity that registers with such cumulative force in the film’s final shot, when the capacity to smile for publicity photographs becomes the very token of her alienation and despair. Tracking back along the same street after the preview, Antonioni literally shows us the other side of the coin –- the bustling, fluctuating world of the movie-makers that contrasts so sharply with Clara’s static, lonely stance in relation to it. This fundamental dichotomy (and formal symmetry) permeates the entire film, which oscillates between the shifting centers of public events (filmmaking, premieres, “scandals”), where Wellesian permutations of stresses between foreground and background details continually redefine the space, and the relatively shallow stasis of more private moods and events, where figures and settings seem locked together (even if estranged and isolated) in the desolation of frozen space. Antonioni’s genius for composing a scene manifests itself most strikingly here in his choreography of crowds and mobile camera; as instructive and hilarious satire, the movie-making sequences compare quite favorably to those in La Nuit Américaine (which depends more for its effects on isolated gags and various kinds of borrowed rhetoric, such as the use of Baroque music), while the more attenuated “intimate” scenes –- characteristically matched with the mulish plaintiveness of the Marcel Mule Saxophone Quintet, and closer to the style of Antonioni’s subsequent films -– tend to veer more towards the mannerist trappings of “tone poems”. But all the best scenes combine both sides of this dialectic: the return of Clara (imperious and passive) and Gianni (angry and volatile) from their honeymoon plays against both the spirited, interlocking frenzy of the waiting producer and film crew and the solitary distress of Clara’s stand-in, weeping and forgotten in a corner at the scene’s close; the long conversations between Clara and Nardo in the wintry wastes of exterior sets at the studio is effectively counterpointed throughout by the evidence of activity around them. Handicapped somewhat by its episodic structure, which requires some top-heavy narrative exposition at the outset of each segment, The Lady Without Camelias still impresses through its annexation of an all-too-familiar theme to the personal and singular style of its director, with Bosè figuring grandly and mysteriously as both the pivotal point and the troubled center of a densely created universe.
JONATHAN ROSENBAUM 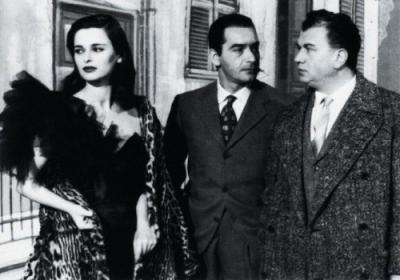 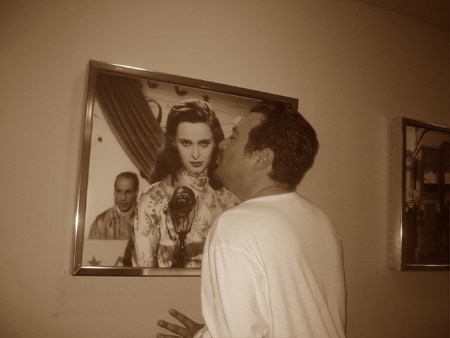