Here is another one of my Paris Journals for Film Comment — the first one, I believe, after the magazine shifted from being a quarterly to a bimonthly publication. Once again, I think part of the reason for reproducing this now is its value as a period piece.

2019: A fascinating footnote about Solntseva: at a film festival in Spain a few years ago, Sergei Loznitsa told me that thanks to an opening of some of the KGB’s old files for public scrutiny, it was revealed that she had been a longtime member. Most of us know far too little about the Russian and Soviet past to begin to understand the reasons for this, but it seems possible that Solntseva may have actually joined the KGB in order to help protect her Ukrainian husband, who was reportedly under Soviet surveillance for most of his life. It does help to explain, in any case, how, after Dovzhenko failed to get so many of his own personal projects like Desna produced, Solntseva was able to direct three of them with lavish budgets and immense technical resources after his death.

Here are working links to these films:

These two short articles were written for the catalogue of the fifth edition of the Buenos Aires Festival of Independent Film in 2004. Both are about neglected filmmakers who are or were also longtime friends of mine–although neither, to the best of my knowledge, has ever seen any films by the other, and they met for the first time at the festival, where complete retrospectives of both filmmakers were being presented. (I first met Eduardo in Paris in 1973, shortly after he’d finished working as a screenwriter on Jacques Rivette’s Céline et Julie vont en bateau, and I first met Sara about ten years later in New York, shortly before I saw her first major film, You Are Not I, and decided to devote a chapter to her in my book Film: The Front Line 1983.) Her complete works apart from her 2017 Boom for Real: The Late Teenage Years of Jean-Michel Basquiat are now available in a wonderful two-disc package, which can be found here.

When I was asked to write these two pieces for the BAFICI catalogue, I opted to make them each exactly the same length (942 words) and to make them rhyme with one another in various other ways.… Read more » 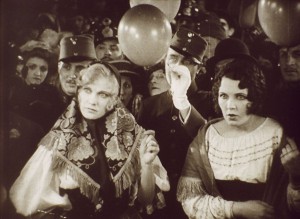 Probably the most important DVD release of last year, inexplicably overlooked by me when I made out my lists for Sight and Sound and DVD Beaver, is Josef von Sternberg: The Salvation Hunters (1925) and The Case of Lena Smith (fragment, 1929), a single all-region disc from www.edition-filmmuseum.com for 19.95 Euros. It includes a wonderful new 32-minute audiovisual essay on The Salvation Hunters by Janet Bergstrom, and a new score to Sternberg’s first feature by Siegfried Friedrich, but the real pièce de résistance here is the dazzling four-minute fragment from the otherwise lost The Case of Lena Smith, discovered by Japanese film historian Komatsu Hiroshi in a Chinese junk shop in Dalian in 2003. (See the Filmmuseum’s exhaustive 2007 book about The Case of Lena Smith for more details.) In Edgardo Cozarinsky’s 1995 Citizen Langlois, Langlois’ companion Mary Meerson is quoted as saying, “The Case of Lena Smith will reappear one day when mankind deserves it.” In the meantime, here is a fragrant glimpse of what undeserving mankind is missing. 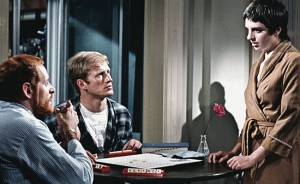 Although most of the recent Blu-Ray releases of Olive Films have tended to steer clear of their previous auteurist commitments, Otto Preminger’s underrated if sometimes problematic 1969 Tell Me That You Love Me, Junie Moon is a very welcome exception.… Read more »