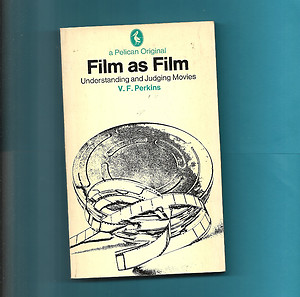 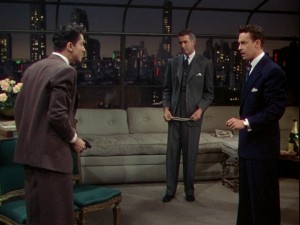 Responding polemically to some of the more antiquated notions found in Rotha, Lindgren, Manvell, Arnheim and others, the title of Victor Perkins’ short and engaging book carries a sympathetic resonance. A major part of his enterprise is to clear away cobwebs from the attics of film theory and lay a few outdated texbooks to rest, and ‘Film as Film’ adequately summarizes the central thrust of his yarious charges. But as we know, theories arc usually debunked to clear the way for newer models, and as soon as Perkins’ own theory gets under way, his title begins to seem much more inclusive than anything he claims to offer in his text. Unavoidably, alternate titles come to mind: “Action as Presentation”, or, perhaps more to the point, ‘Movie as Movie’.

As Perkins indicates in his preface, ‘The examples discussed are not drawn from the (rightly or wrongly) accepted classics of Film Art nor from the fashionable “triumphs” of the past few years, but generally from films which seem to representwhat the Movies meant to their public in the cinema’s commercial heyday.’… Read more »

To quote from my long review of Pulp Fiction and Ed Wood (which can be accessed on this site), “Fourteen years ago, when the Toronto film festival still had a sidebar called ‘Buried Treasures,’ selected each year by a guest critic, I was invited to take over that slot. I put together a program called ‘Bad Movies,’ intending to play with the ambiguity of the word ‘bad’ — the only thing these films had in common, apart from the fact that I liked them, was that each of them had been pegged with that label at some point….

“This was the theory, at any rate — that all my selections were good movies that had wrongly been considered bad. But in practice, the single smash success of the series, in terms of both attendance and audience response, was Wood’s Glen or Glenda?, a film appreciated by the audience only for its badness. And since then, the evidence increasingly provided by movie fanzines — which by now far outnumber “serious” film magazines — is that among film cultists, bad movies are immensely more popular than good ones. Or, to put it in more concrete terms, at that festival the North American premiere of the penultimate, two-part masterwork of Fritz Lang, [The Tiger of Eschnapur and The Hindu Tomb], one of the greatest filmmakers who ever lived, was much less popular than the latest replay of a low-budget exploitation item by an inept amateur.… Read more »

Jacques Rivette: Babel and the Void 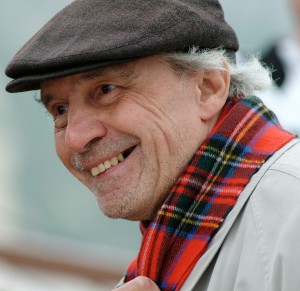 For better and for worse, and principally the latter, Jacques Rivette has been singled out as the former Cahiers du Cinema film critic who makes the least commercial films, as well as the longest ones. But for the record, the films of the always-neglected Luc Moullet [screened in Cinematheque Ontario’s Spring 2006 season –- ed.] are generally less commercial than those of Rivette. And even what we mean when we say “longest films” is open to some debate. (After all, the over twelve-hour OUT 1: NOLI ME TANGERE was conceived as a TV serial, and Jean-Luc Godard’s own first TV series, made a few years later, was just as long.)

The problem with such caricatures is they generally function as excuses for why some spectators won’t deal with Rivette’s films rather than as viable descriptions of what they offer. Yes, his features tend to be long and they work with duration. Furthermore, when two versions have been made of some of them –- unauthorized in the case of L’AMOUR FOU, authorized in the cases of L’AMOUR PAR TERRE and LA BELLE NOISEUSE/ DIVERTIMENTO – the longer version is almost always superior.… Read more »