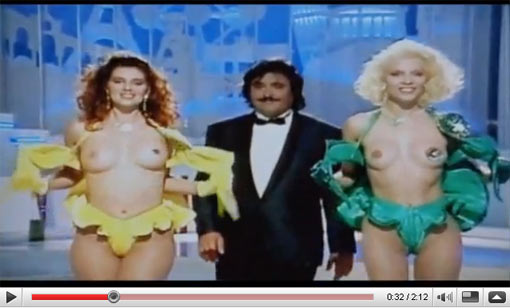 The reason why I’ve sworn off television, at least for the time being, is my own rage and disgust about the way that American television now caters to and encourages everybody’s rage and disgust about the state of the nation, whether this happens to be the Fox News version or the MSNBC version (the Fox News of the left), so that back in Chicago, even my respect for Rachel Maddow was getting tested nightly whenever she wound up with many of the same talking points as Keith Olbermann (or as Bill O’Reilly, for that matter). The aberration of Italian TV that’s being shown by Gandini is made to seem both better and worse: better because it seems more infatuated with euphoric and unabashedly childish fantasies, and worse because so many of these fantasies seem to consist of vulgar and sexist wet dreams of male empowerment.

Of course, there’s bound to be more to American television than such Al Capp characters as Sarah Palin and Glenn Beck, just as there’s bound to be more to Italian television than Berlusconi, Lele Mora (a greasy talent agent who seems to love Mussolini and his current dictator about equally) and Fabrizio Corona (an equally greasy paparazzi tycoon and blackmailer who surreptitiously tapes his own divorce proceedings in exchange for TV coin). What depresses me the most is the seeming impossibility of knowing whether the TV viewing public in either country is really as crass and as dumb as politics and media insist or whether we’re all stuck in some vicious circle of continuous feedback in which we’re forced to become whatever politics and media assume we are because that’s the only way we can be heard at all. Ergo, still more rage and disgust, even when we choose to laugh about it. [9/25/10] 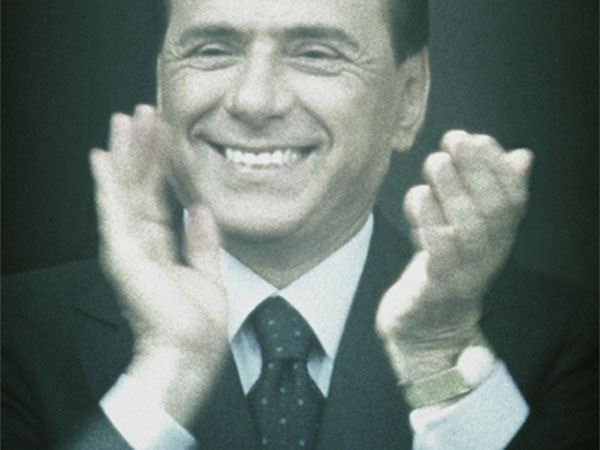