THE DAY I BECAME A WOMAN 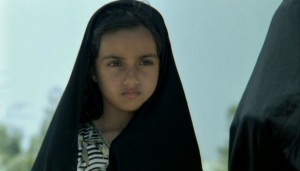 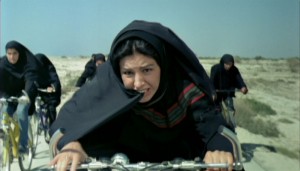 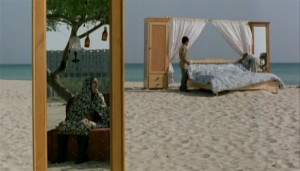 The Day I Became a Woman (2000)
Marziyeh Meskini’s first feature, shot exclusively in exteriors on gorgeous Kish island in Iran, tells three successive tales of rebellious female empowerment at separate ages: Havva enjoys sharing tamarind pulp and a lollipop with a male friend a few hours before she turns nine and officially loses her freedom by becoming a woman. Ahoo fiercely pedals her bicycle with other women while her husband and other male relatives on horses try to restrain her. Houra, a dowager, buys a beach full of home furnishings at a nearby mall and has them hauled out to sea. All three tales are both allegorical and sensual, and the leisurely pacing of the first is followed by the constant motion of the second. The Surrealist deconstruction of domestic space in the third brings all three characters together, and once again turns the censorship rules into creative opportunities.   (Jonathan Rosenbaum) 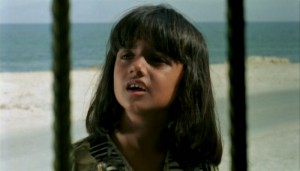 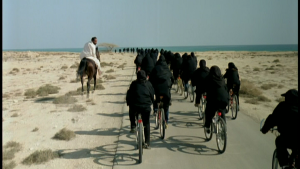 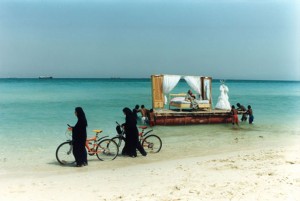