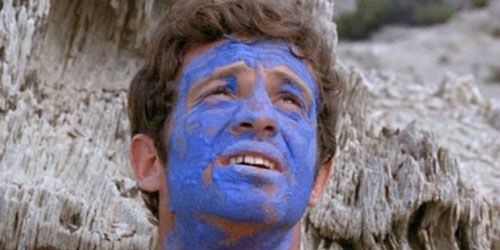 A “PIERROT” PRIMER by Jean-Pierre Gorin, a 36-minute audiovisual analysis of Jean-Luc Godard’s PIERROT LE FOU included on the second disc of the Criterion DVD of PIERROT LE FOU (Criterion 421, 2007).

For some time, I’d been lamenting that the highly original manner and method of lecturing on a film inaugurated by Manny Farber as a teacher at the University of California, San Diego and subsequently developed there by Jean-Pierre Gorin had still never been preserved on a DVD, which in some ways may be an ideal place for it. Then, when J-P’s inventive and perceptive remarks on portions of PIERROT LE FOU turned up on the Criterion DVD last year, I was thrilled and gratified to discover that it had finally happened. I even resolved to write about this in my next DVD column for Cinema Scope. But then I somehow managed to forget this resolve (so many DVDs, so little time)–at least until I accessed and started reading Royal Brown’s online review of the DVD in the summer issue of Cineaste, where my eye came upon a reference to Gorin’s “professorial and often rather smug and empty analysis of the film’s first fifteen minutes”. Since none of these three adjectives comes even close to describing my own responses, I regret my failure to note my own admiration for what Gorin has done.

There’s a certain amount of bluster as well as breeziness in Gorin’s jazzy voiceover riffs, and these two adjectives for me describe some aspects of Farber’s style that Gorin has adapted and developed for his own purposes–even though he makes a point of quoting Farber and even reproducing the quoted passage onscreen. But in order to appreciate this particular form of standup criticism, I think one has to adjust and modify some of one’s usual expectations. I think one has to adopt a certain amount of jazz aesthetics, which were certainly basic to Manny’s own ad-lib observations at the lectures of his I attended at UCSD. For all I know, J-P may have written rather than ad-libbed his own remarks–at least he’s credited with “script” as well as narration in the final credits for this feature–but this hardly matters when it comes to grooving with the wit and inflection of his lively delivery in counterpoint to Godard’s images.

I’m not sure how just or helpful it might be to cross-reference Manny’s painting with action-painting, even if the two developed concurrently. But I’m fairly confident that his criticism can and should be experienced as an outgrowth of action-painting–a spontaneous form of action-criticism, and one that his prose on the page also reflects. And this imposes a different set of criteria in judging criticism as an act and not merely as a thing–a performative act that exists as something evolving over time, like a jazz solo. Written or improvised, it needs to be followed like a comedy-adventure.

“You cannot hang an event on the wall, only a picture,” Mary McCarthy famously noted in her review of Harold Rosenberg’s seminal THE TRADITION OF THE NEW–a review aptly titled “An Academy of Risk” that can be found in ON THE CONTRARY (but not, alas, in A BOLT FROM THE BLUE AND OTHER ESSAYS, the McCarthy collection edited by A.O. Scott–a gap that for me seriously limits the value of the latter book). No, you cannot. But you can make film criticism a performative act, and not something to be hung on a wall like a picture or placed on a shelf like a book (unless it’s on a DVD). This is something new and exciting that Farber and Gorin have brought to film criticism, and there’s nothing professorial or smug or empty about it. [6/1/08] 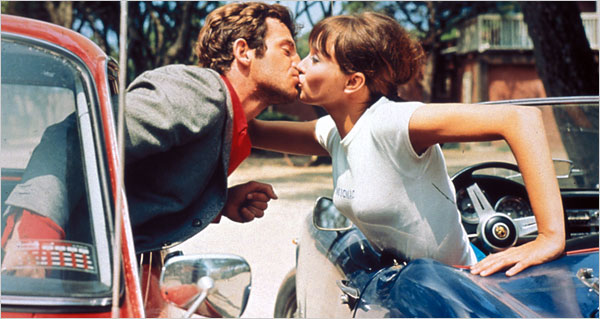