THE GREEN FOG and the Maddin Mist

As a critical commentary on cinematic depictions of San Francisco, Guy Maddin’s The Green Fog, conventional match cuts that approximates Scotty’s tailing of Madeleine as various cars follow various other cars down assorted San Francisco streets, sometimes passing locations that are familiar from Vertigo or other movies, we’re getting the bare bones of thriller and mystery mechanics without any of the thrills or mysteries, in contradistinction to all the musical signals. And when we see Karl Malden enter a florist shop, and converse (again wordlessly) with the florist, it seems appropriate that the piece of paper that the florist shows to him shows us the green fog yet again, Maddin’s signifier of the genre’s rhetoric of mystification.

For some of the Hitchcock aficionados who helped to replace Citizen Kane with Vertigo in the last ten-best poll of Sight and Sound, the affectionate ridicule of The Green Fog may seem like an act of sacrilege, especially when we get a panoply of San Francisco cathedrals that are treated as interchangeably as all the cars and streets. But it might also be argued that Maddin’s apparent scorn is in fact a kind of impious critical appreciation for all the tricks of romantic mystification that he and Hitchcock have in common.… Read more »

Then and Now: The San Sebastian International Film Festival 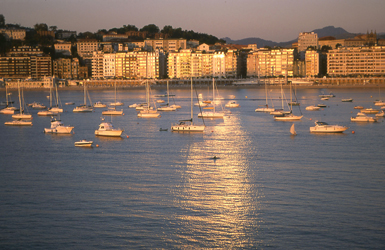 Having attended the San Sebastian Film Festival on two separate occasions 16 years apart — in 1972 and 1988 — I find it surprising how little the basic ambience of the event has changed.. Apart from the fact that the festival has grown, the major differences that I noticed are those between Franco and post-Franco Spain. One no longers buys a copy of the International Herald Tribune on the Avenida de la Libertad only to find that a state censor has neatly clipped out an article or two from every copy. Even more noticeable, to the eyes as well as ears, is Basque, a language that was rigorously outlawed under Franco. One now sees it on street signs and hears it on TV. One of the many sidebars of the 36th International Film Festival at San Sebastian was even devoted to Basque films.

Sidebars, in fact, have for a long time been the festival’s strength. In 1972 there was a Howard Hawks retrospective, with Hawks himself attending as a jury member for the films in competition. Back then, the festival was held in July, and was still small enough to offer excursions for all the guests” a bus ride to Pamplona to attend the bullfight encouraged Hawks to divulge some of his favorite Hemingway stories.… Read more »

Gertrud as Nonnarrative: The Desire for the Image

If memory serves, this essay, which first appeared in the Winter 1985/86 issue of Sight and Sound, and was later reprinted in Placing Movies: The Practice of Film Criticism (1995), took me at least a year to write — and maybe even longer than that — because of all the research it required. I’ve recently revised the title  slightly from “GERTRUD as Nonnarrative” to “Gertrud as Nonnarrative” because my basic argument concerns the character Gertrud rather than the film as a whole. — J.R. 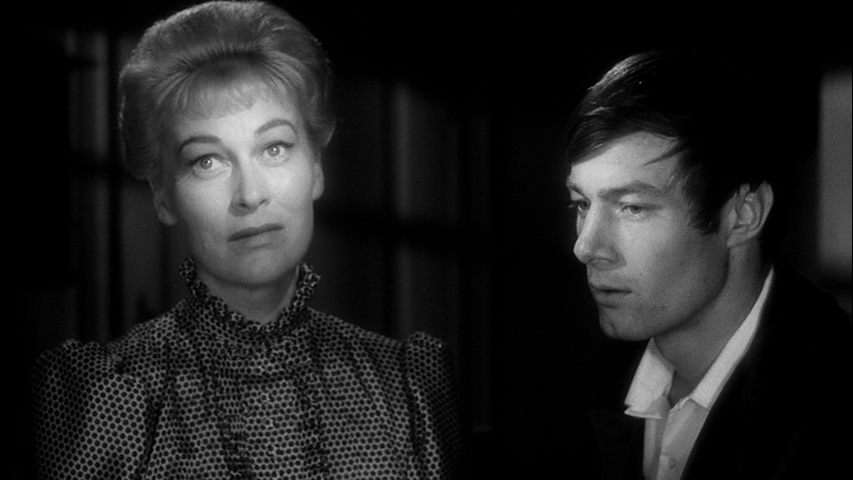 There are narrative and nonnarrative ways of summing up a life or conjuring a work of art, but when it comes to analyzing life or art in dramatic terms, it is usually the narrative method that wins hands down. Our news, fiction, and daily conversations all tend to take a story form, and our reflexes define that form as consecutive and causal — a chain of events moving in the direction of an inquiry, the solution of a riddle. Faced with a succession of film frames, our desire to impose a narrative is usually so strong that only the most ruthless and delicate of strategies can allow us to perceive anything else.

Carl Dreyer allows us to perceive something else, but never without a battle.… Read more » 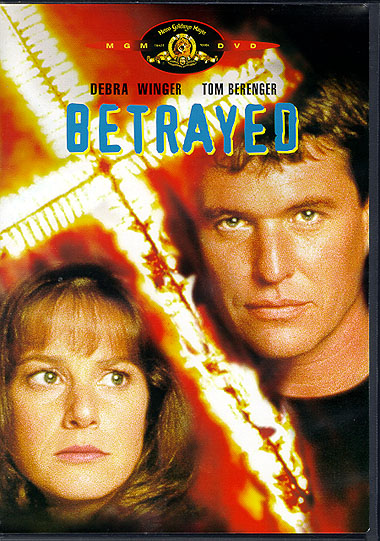 Although I liked Betrayed enough to make it a Critic’s Choice last week, a second look has convinced me that it has a fair number of strikes against it. Joe Eszterhas’s script clearly plows more than it sows, and sows (in a rather scattershot fashion) more than it reaps. The dialogue tends to fall back on so many familiar notions about simple farmers and hard-nosed federal agents that if less talented actors than Debra Winger, Tom Berenger, John Heard, and John Mahoney were assigned the lines, I doubt that we could accept them even half-heartedly.

Costa-Gavras’s direction, moreover, is more competent than inspired; the film functions as a thriller, but only barely. What the movie has going for it, really, is a germ of an idea — but one that is potent enough to give this story a sharp and unsettling charge. That the movie deals with rabid American racism without hedging on either its ugliness or its intensity is itself an accomplishment of some note.… Read more »