This appeared in the November 6, 1998 issue of the Chicago Reader. Reseeing Pleasantville on DVD, I continued to find its diverse perceptions and confusions equally fascinating. On his audio commentary, producer-director-writer Gary Ross alludes to his childhood as the son of an activist screenwriter who was blacklisted, and part of what’s so intriguing about the film is the way its own theme of innocence crossed with sophistication is matched at times by its own multiple forms of ideological doublethink. Ross’s ongoing and seemingly untroubled assumption, for instance, that black and white film is innately artificial and stylized whereas color film is innately “realistic” makes me wonder how he can perceive MGM Technicolor of the 50s as being closer to reality (and thus presumably further away from fantasy) than all the black and white cinematography from the same period — or whether, for that matter, he can even distinguish sufficiently between the alleged “realism” of the contemporary color sections of this film and the subsequent expressionism of the hallucinogenic colors impinging on a 50s sitcom’s black and white to confidently declare that both of these kinds of color are automatically and unproblematically superior to black and white in representing reality accurately.… Read more » 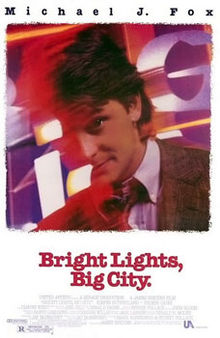 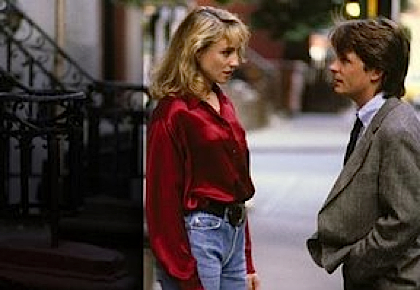 Considering the thinness of Jay McInerney’s 1984 best-seller, one might imagine that the movie version would stretch out the material, or at least fill in some of the blanks. But by and large, the original text is treated as if it were engraved in marble, and I doubt its fans will have any cause for complaint.

If Melville, Twain, Faulkner, Hemingway, Fitzgerald, Algren, Updike, and Styron have never received a tenth of the respect from Hollywood accorded here to Jay McInerney, this may be because, unlike McInerney, they are writers whose styles and formal structures are easily lost in translation. McInerney’s book, written in the present tense and in the second person, is already aiming for the immediacy and easy identification available from a movie, so most of the work of the filmmakers in putting it across is relatively sweat-free. In fact, given the charisma of Michael J. Fox and the spit and polish of director James Bridges — not to mention the music of Donald Fagen (of Steely Dan) and the cinematography of Gordon Willis — it could easily be argued that the movie fulfills the novel’s designs better than the novel does.… Read more » Aptly subtitled “Incomplete Tales of Several Journeys,” the fifth feature by Austrian director Michael Haneke (2000, 117 min.), his best to date, is a procession of long virtuoso takes that typically begin and end in the middle of actions or sentences, constituting not only an interactive jigsaw puzzle but a thrilling narrative experiment comparable to Alain Resnais’ Je t’aime, je t’aime, Jacques Rivette’s Out 1, and Rob Tregenza’s Talking to Strangers. The film’s second episode is a nine-minute street scene involving an altercation between an actress (Juliette Binoche in a powerful performance), her boyfriend’s younger brother, an African music teacher who works with deaf-mute students, and a woman beggar from Romania; the other episodes effect a kind of narrative dispersal of these characters and some of their relatives across time and space. I couldn’t always keep up with what was happening, but I was never bored, and the questions raised reflect the mysteries of everyday life. This is Haneke’s first feature made in France, and the title refers to the pass codes used to enter houses and apartment buildings in Paris — a metaphor for codes that might crack certain global and ethical issues.… Read more »

Written for a special retrospective issue of the French film magazine Positif at the request of editor Michel Ciment in June 2002. — J.R. 1974, the year in which I contributed a short article about -— and accompanying interview with —- Jim McBride for the avril [April] issue of Positif (no.158), was also the year in which I moved from Paris (where I had been living as a freelance writer, with mixed success, since 1969) to London (to work on the staffs of Monthly Film Bulletin and Sight and Sound at the British Film Institute): a profound cultural shift, though not nearly as radical as it was moving from London to San Diego in early 1977. 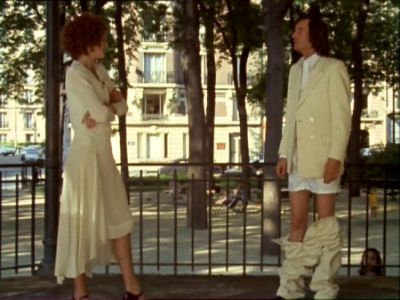 Cinematically speaking, it was the year in which I discovered two of Jacques Rivette’s greatest films — Céline et Julie vont en bateau (seen initially as a workprint, tentatively entitled Céline et Julie vont en zizanie at several private screenings at Claude Lelouch’s Club 13, thanks to my friendship with one of the screenwriters, Eduardo de Gregorio) and Out 1: Spectre (initially at the Palais de Chaillot Cinémathèque, a press show where the 16mm projectors kept breaking down repeatedly; then many more times at Studio Gît-le-Coeur, only a short hop from my sunless flat on Rue Mazarine, where, along with Gilbert Adair and Lauren Sedofsky, I would later interview Rivette for Film Comment).… Read more »