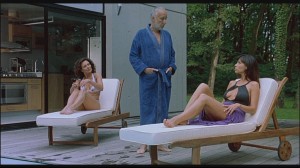 Claude Chabrol’s capacity to make shopworn material seem almost new is especially evident in this 2007 drama, which he cowrote with his stepdaughter, Cecile Maistre. Their sincere and competent script seemingly transplants the 1906 murder of New York architect Stanford White to contemporary France, with an added emphasis on various forms of class and sexist abuse. A TV weather announcer (Ludivine Sagnier) becomes involved with a famous writer (Francois Berléand) who’s married and nearly twice her age, much to the chagrin of a spoiled heir (Benoit Magimel) who’s closer to her in age and accustomed to getting his way. In French with subtitles. 114 min.… Read more » 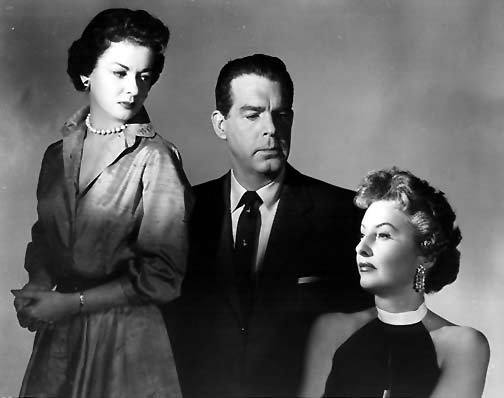 My favorite Sirk film, SCHLUSSAKKORD (FINAL ACCORD, 1936), has yet to come out on DVD anywhere, but this attractively put together German box set of three digitally restored 50s Hollywood features, purchased via German Amazon, does include the similarly titled DER LETZTE AKKORD (INTERLUDE, 1956), which turns out to be the only stinker in the bunch, despite the fact that it’s in color and CinemaScope. (Even a diehard fan like Fassbinder admitted this kitschy item is “a hard film to get into”.) The other two -– both excellent, complexly nuanced, doom-ridden and hard-as-nails melodramas in black and white -– are the pictures Sirk made with Barbara Stanwyck, in 1953 and 1955 respectively, each of which charts her character’s belated and troubled small-town homecoming. In the first, set around the turn of the century, she’s a not-very-successful stage actress returning to visit her family in Wisconsin; in the second she’s a divorced and successful clothes designer looking up her one-time boyfriend (Fred MacMurray), who now has a family of his own (including a somewhat miscast Joan Bennett). Both are about as bleak as movies can get -– notwithstanding ALL I DESIRE’s studio-imposed happy ending, which is impossible to believe in anyway.… Read more » 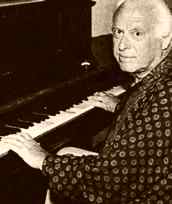 TOMORROW IS NOW by Ernest Borneman (London: Neville Spearman), 1959, 205 pp. There are few careers more fascinating and multifaceted than that of Ernest Borneman (1915-1995), a German-born psychotherapist and non-fiction writer who also wrote several novels (all in English), and whose other professions at various stages in his career included playwright, cameraman, screenwriter, writer for TV and radio, film director, prolific journalist, and jazz musician. I’ve tried to encapsulate a few things about him, including his work with Orson Welles and his discovery of Eartha Kitt, in a long footnote on pp. 3-4 of my book MOVIE WARS, where I quote from a brilliant 1947 essay of his, “The Public Opinion Myth,” in order to counter many of the assumptions underlying the test-marketing of movies. I’ve now read only two of his novels, all of which are out of print: THE FACE ON THE CUTTING-ROOM FLOOR (1937), his first and best known (though published under the pseudonym of Cameron McCabe), a flavorsome murder mystery that I treasure mainly for its dialogue as well as its 24-page Afterword about Borneman–written by the book’s editors, though containing a lot of interview material and a letter from Borneman, dating from 1979 and 1981, respectively.… Read more »