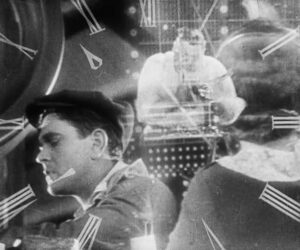 Paul Fejos’s exquisite, poetic 1928 masterpiece about love and estrangement in the big city deserves to be ranked with F.W. Murnau’s Sunrise and King Vidor’s The Crowd from the same period, though it’s not nearly as well-known. Equally neglected is Fejos himself, a peripatetic Hungarian who made striking films in Hungary, Hollywood, Austria, and France in the late silent and early sound era before becoming an anthropologist — and making a few ethnographic films that are even harder to find. Lonesome, which has some dialogue, begins with a dazzling evocation, using superimpositions and diptychs, of the hero and heroine, who haven’t yet met, as they wake and pursue their morning work routines. They meet at Coney Island that afternoon, lose track of each other in a crowd, then are reunited back in the city in a surprising diptychlike scene. Fejos was already interested in ethnographic archetypes when he made this picture, which makes city life seem like a labyrinth in a fairy tale — as intricate and inscrutable, but also as enchanted. 69 min. The opening event of the weekend symposium “Cinema as Vernacular Modernism”; a 35-millimeter print will be screened. Univ. of Chicago Doc Films, 1212 E. 59th St., Friday, May 17, 6:00, 773-702-8575. 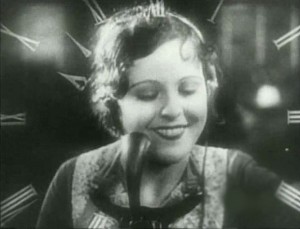