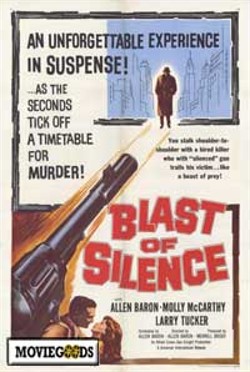 An interesting period piece (1961), especially striking for its sense of place (Manhattan during the Christmas season), though I can’t accept this as the noir masterpiece some people are calling it–not when a recycling of generic clichés usually has to take the place of observation. Perhaps the most durable of its standbys is the gravelly voiceover of an uncredited, graylisted Lionel Stander (put to still better use in some of the Ben Hecht features),  reciting the freewheeling patter of a pseudonymous, blacklisted Waldo Salt. It was clever of Baron to graft this pair over his own lackluster inventions, even if Salt’s pseudopoetry is sometimes almost as pretentious as the kind heard in Gary Merrill’s voiceover in another documentary-style indy, THE SAVAGE EYE, made the previous year. But I could probably listen to Stander reading from the Manhattan phone directory–-though there may be moments here when a few choice New York phone numbers might have enlivened Salt’s prose a little. Even so, none of it is nearly as awful as the interminable singing of a Village Gate conga-drum player named Mel Sponder, which Baron presumably indulges in in the interests of “atmosphere”. [6/9/08] 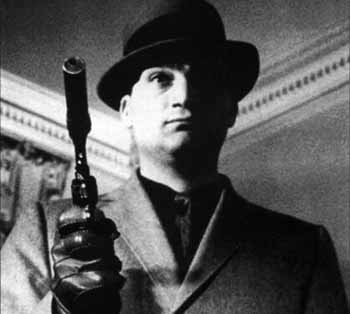