There are 16 pieces here -– including a Preface, a concluding essay entitled “Confessions of a Latent Heterosexual (Complete with Illustrations),” and four sections in between consisting of a Hitchcock Cycle (three stories) and an Eisenstein Cycle (three stories, with Marlene Dietrich playing a significant role in one), interspersed with two sections of four stories each. Some of the topics: The son of Madame de…, Jean Seberg, “The Tourist Who Knew Too Much,” “My Life with Catherine Deneuve,” Gilda’s gloves, Silvano Mangano and Capucine, The Creature from the Black Lagoon, Marcel Proust in Marienbad. Whether these are autobiographical fictions, fictional essays, and/or stories about other stories is a matter directly addressed in the Preface. (Don’t expect any conclusive answers.)

I can’t wait for this to come out somewhere in English [2021: you can ccess it now online in English here, and both parts of Rappapot’s The Secret Life of Moving Shadows are also available on Amazon]–even though P.O.L, publisher of the quarterly film magazine TRAFIC (as well as the French translation of my own first book, MOVING PLACES, also done by Jean-Luc Mengus), has done a very handsome job with it.… Read more »

A masterpiece by Stanley Kwan, the greatest Hong Kong film I’ve seen (also known as Ruan Ling Yu and Center Stage). The story of silent film actress Ruan Ling Yu (1910-1935), known as the Garbo of Chinese cinema, it combines documentary with period re-creation, biopic glamour with profound curiosity, and ravishing historical clips with color simulations of the same sequences being shot — all to explore a past that seems more complex, mysterious, and sexy than the present. Maggie Cheung won a well-deserved best actress prize at Berlin for her classy performance in the title role, and a large part of what Kwan does as a director is to create a kind of nimbus around her poise and grace. (If I had to pick Kwan’s Hollywood equivalent, I’d opt for George Cukor.) Kwan also creates a labyrinth of questions around who Ruan was and why she committed suicide — a labyrinth both physical (with beautifully ambiguous uses of black-and-white movie sets) and metaphysical — and keeps these questions perpetually open. You should be prepared for a picture that lasts 146 minutes and invites you to relish every one of them — not only the stylish beauty of an imagined Shanghai film world of the 30s, but also the flat abrasiveness of Kwan chatting with Cheung on video about what all this means and coming up with damn little.… Read more » 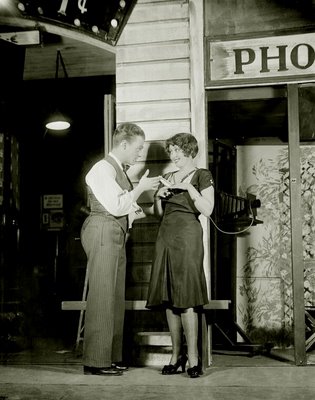 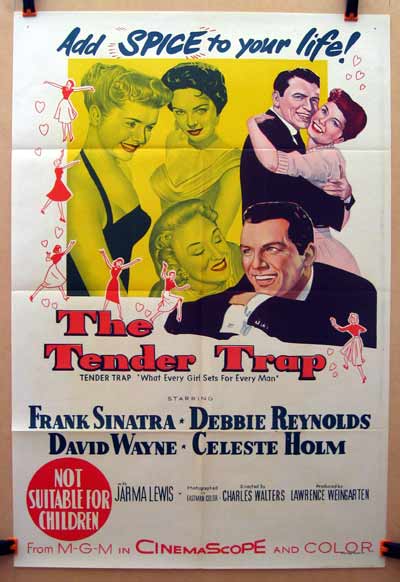 Last night, I started out watching SINNER’S HOLIDAY (1930), with the first film appearance of James Cagney, and wound up seeing all of THE TENDER TRAP (1955) instead. Not because the latter is necessarily superior in any way -– only because I was 13 years old and saw THE TENDER TRAP when it came out, whereas I was years away from even being conceived when SINNER’S HOLIDAY made its first appearance, which means that the 1955 movie has more personal significance.

I suspected that a prefemninist comedy about swinging bachelorhood like THE TENDER TRAP would turn out to look archaic now in its sexism, and was pleasantly surprised to find that, apart from the standard 50s dogma that marriage and family were the solutions to every problem, these suspicions were mainly misguided. If anything, the film takes considerable pains to undermine at least a few of the myths of swinging bachelorhood -– even if the spacious living room in Sinatra’s Manhattan flat is almost oversized enough to justify the parody version of such a place in the 2003 DOWN WITH LOVE.… Read more » 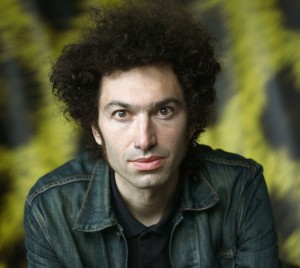 Most reviewers are quick to point out that Azazel is more committed to narrative than his father. It’s easy to see what they mean, but some of their assumptions are worth questioning. If part of what we mean by “narrative” is plot and incident, there may be more of both contained in the intertitles of Ken’s The Whirled (1956-63) than there is in the main action of Azazel’s second feature The GoodTimes Kid (2005). If part of what we mean is “character,” then the work of both filmmakers is overflowing with it, from Jack Smith’s manic cavorting in many of Ken’s films to Diaz’s exhilarating dance in The GoodTimes Kid, not to mention John C.… Read more »