This review appeared in the December 1976 issue of Monthly Film Bulletin. For whatever it’s worth, my favorite among Rohmer’s features remains his most unjustly neglected Perceval le Gallois (1978), the feature he made immediately after this “tasteful” betrayal of von Kleist’s Die Marquise von O… –J.R. 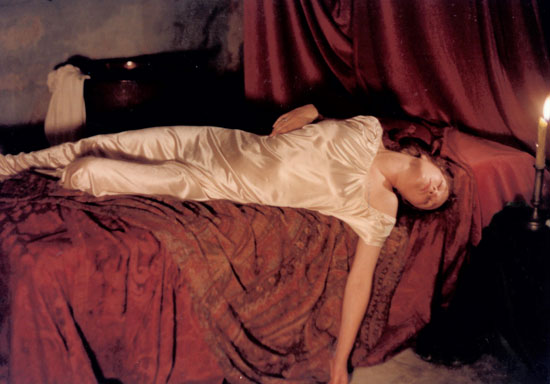 Probably the most faithful of all the disciples of André Bazin, Eric Rohmer has shared his mentor’s philosophical fascination with “ambiguity” in his criticism and films alike. A position derived from Catholic existentialism which adheres to a “realist” aesthetic whose prime model is the naturalistic novel as exemplified by Dos Passos, Hemingway and Hammett, this orientation is clearly at the root of his version of Kleist’s masterpiece, which subtly betrays the awesome energies of the original while maintaining an overall fidelity to its plot and characters that is rare in contemporary cinema. Widely and justifiably praised for its immaculate direction, acting, and visual sophistication, it can none the less be regarded as a Jamesian re-write of the novellas that dims the passion of the latter with a form of delicate detachment quite in keeping with the tenor of Rohmer’s Contes Moraux. A minor omission like the very Kleistian blood “gushing” from the mouth of a would-be rapist whom the Count “smashes” in the face with the hilt of his sword — a detail which the film tastefully keeps off-screen -– reveals this strategy on a rather trivial level; and the splitting in half of the Count’s childhood anecdote about the swan of which he is reminded by the Marquise -– so that its conclusion now comes at the end of the plot -– can easily be defended as a sensible dramatic expedient. But Rohmer’s virtual transference of the Marquise’s unseen rape from the scene of battle to her father’s château (basically a matter of stylistic emphasis) and the substitution of a sleeping potion for a fainting spell to motivate her unconsciousness are much more consequential; as Pauline Kael has observed, these and related cosmetic “improvements” large deprive the plot of “Kleist’s spirit, which made him an avant-gardist and a modern -– his acceptance of the id released by the chaos of war”. In a manner recalling the Hitchcock of The Wrong Man, Rohmer even includes a couple of close-ups of the Count and the servant Leopardo, each gazing at the sleeping Marquise just before her rape, in order to reinforce an ambiguity about the latter which Kleist only introduces (and quickly dispels) towards the end of the story. More generally, the Count himself is tamed somewhat in Rohmer’s treatment from a crazed compulsive character to a relatively charming eccentric. Admittedly, questions of nuance are a highly subjective matter, and theoretically one can grant that any sort of alternations are permissible. What one regrets about this highly tactful and covert form of betrayal is that it masks an attitude towards adaptation which is itself quite debatable. Starting from the premise that language is transparent — an essential part of Bazin’s legacy — Rohmer is brought quite logically to the operating principle that Kleist’s novella is “adaptable” simply because its basic components are the imaginary constructs perceived through its language (plot, settings, characters, events, themes, etc.) An attitude that differs from Joseph Strick’s in “adapting” Ulysees more in degree than in primary assumptions, it leads one to the anomaly of accepting a Marquise von O… without Kleist, and a Rohmer without a tale of his own to tell. Once one accepts this anomaly, all difficulties vanish, and Die Marquise von O… immediately qualifies as one of the most elegant film objects since Stavisky… There are many things to marvel at: the painterly compositions (beautifully shot by Nestor Almendros, with actions often charted along diagonal paths which evoke the director’s long-term interest in Murnau’s Faust), the gentle eroticism and emotional charge of Edith Clever as the Marquise (who figures to best advantage in her two long scenes with the equally impressive Edda Seippel, playing her mother), the ingenious blocking out and compression of the physical action itself. Thanks to such mastery, viewers who don’t have an opportunity to read Kleist’s extraordinary novella — which is not easily available in English — won’t even be able to imagine what they’re missing. 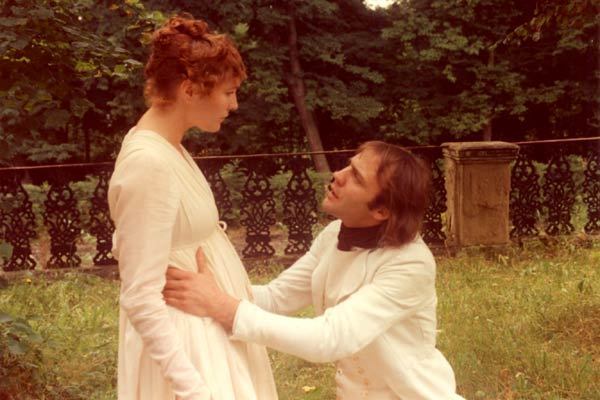 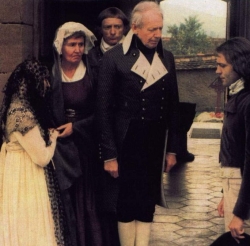 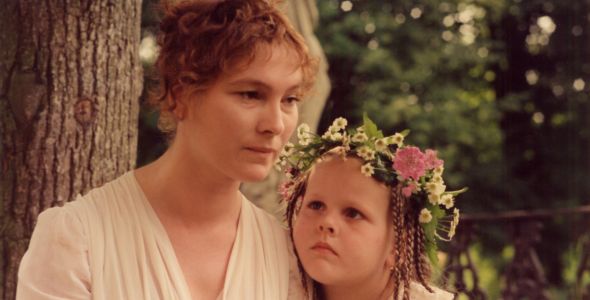