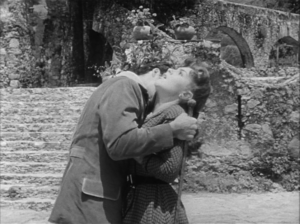 Like William Wyler’s 1939 adaptation of the Emily Bronte novel, as well as Jacques Rivette’s Hurlevant, Luis Buñuel’s 1954 Mexican version discards the original novel’s framing strategy of telling the story from the viewpoint of two outsiders—a regrettable elision in all three cases, because much of the novel’s power and meaning stem from this crucial distancing strategy. Yet Buñuel’s low-budget melodrama has a certain gothic ferocity that’s missing in the other versions; the results are mixed, but seldom unworthy of the master. With Iraseme Dilian, Jorge Mistral, and Lilia Prado; in Spanish with subtitles. 91 min.

On the Precipice of Hong Kong’s Past and Future: COMRADES: ALMOST A LOVE STORY and ROUGE

Written for the Metrograph Chronicle in January 2020. — J.R. 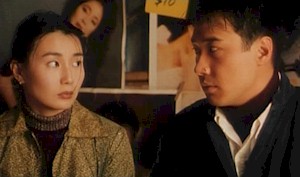 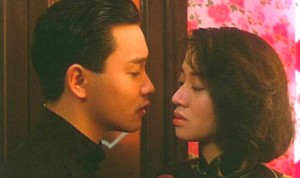 There’s an unfortunate habit among some Yankee cinephiles — including distributors — to limit our perceptions of some overseas trends to single figures, so that Spanish cinema initially consisted of Luis Buñuel, then Pedro Almodóvar, Swedish cinema became synonymous with Bergman, and Hong Kong art cinema begins and ends with Wong Kar-wai. This helps to explain why I haven’t had much luck in keeping up with the careers of two other favorites of mine among Hong Kong directors, Peter Ho-Sun Chan and Stanley Kwan, whose finest work is every bit as important to me as Days of Being Wild and In the Mood for Love. If you haven’t yet seen Chanr’s Comrades: Almost a Love Story and/or Kwan’s Rouge, they’ll do a good job of suggesting what you might be missing.

Rouge, made in 1987, is set alternately in that year and in 1934. Comrades, Almost a Love Story, another Hong Kong not-quite romance shaped around two superstars, was made in 1996, opens in 1986, and ends first in Manhattan in 1995, then back again in 1986, when the title characters are arriving in Hong Kong, still strangers to the city and to each other.… Read more »

The “Presents” of Michael Snow

I conducted two interviews with Michael Snow in the early 1980s. The first of these, commissioned by Film Comment‘s Richard Corliss (who sent me to Toronto in order to do it), was about Snow’s film Presents and ran in the magazine’s May-June 1981 issue. The second was commissioned by Simon Field’s excellent English magazine Afterimage. Both of these interviews were delightful experiences for me, and I feel privileged to have been treated by Snow during this period as a friend. (For a short while, I used to visit him once a year, whenever I came to the Toronto International Film Festival, and loved getting stoned with him — and then, most often, going to Chinatown for dinner.) —J.R. 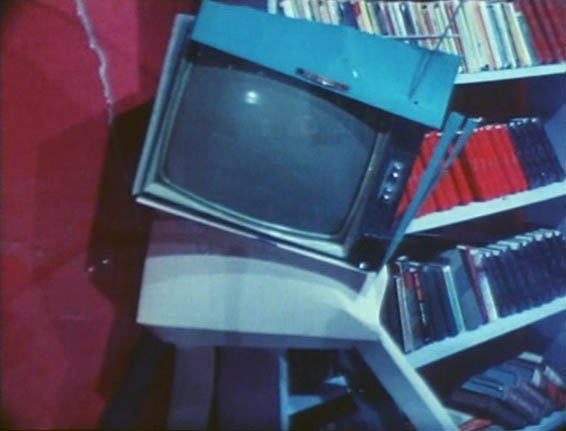 The “Presents” of Michael Snow

Lower Manhattan, 1981, the opening of a Canadian gallery, the onset of spring. Michael Snow’s photography/sculpture show at The 49th Parallel commences with Plus Tard (1977) – twenty-five lovely photographs, blurred and/or in focus, composing a critical/narrative tour of landscape paintings by the Group of Seven in Canada’s National Gallery. I speak to Snow for the first time since last June, when we met at a publication party for Regina Cornwell’s Snow Seen: The Films and Photographs of Michael Snow (PMA Books, $19.95); the second time since accidentally encountering him in Toronto in fall ‘78, when he invited me to attend one of his regular sessions with his free jazz group, CCMC; the third and fourth times since the Edinburgh Festival in late summer ’75 and ’76, when he premiered his last two films.… Read more »