In a World of His Own [on RUSHMORE] 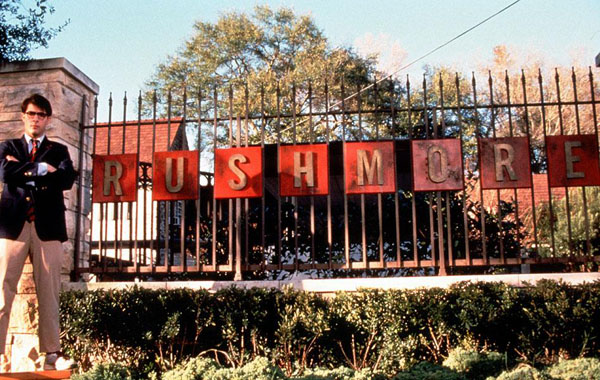 Written by Anderson and Owen Wilson

Rushmore has a good deal of content and human qualities to spare, but what makes it such a charming and satisfying experience is its style. Its segments are introduced by parting curtains, each labeled with the name of the appropriate month, which serves as a chapter heading — a neat way of calling attention to the broad and attractively composed ‘Scope frames and of parceling out the story in bite-size seasonal units. Less obvious and functional but unmistakably style-driven is the fact that the curtains come in different colors, giving another kind of lift to the proceedings. All the scenes are short (at least until the film moves into its homestretch), and director Wes Anderson also films these scenes in long and medium shots; in general he indulges in long scenes and close-ups only after he’s earned them. Because this is a studio effort that knows what it’s doing — a rare breed these days — it makes you wonder how many close-ups and long scenes are squandered in other studio releases.… Read more »

Building from Ground Zero: A HEN IN THE WIND

Written for the British Film Institute’s DVD release of this film in early 2011. — J.R. 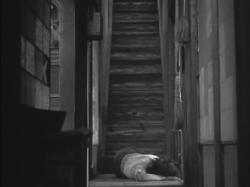 It would hardly be an exaggeration to call A Hen in the Wind (1948) one of the more neglected films of Yasujiro Ozu, especially within the English-speaking world. Made immediately before one of his key masterpieces, Late Spring (1949), it has quite understandably been treated as a lesser work, but its strengths and points of interest deserve a lot more attention than they’ve received. It isn’t discussed in Noël Burch’s To the Distant Observer: Form and Meaning in the Japanese Cinema (1979) or even mentioned in Kyoko Hirano’s Mr. Smith Goes to Tokyo: Japanese Cinema under the American Occupation, 1945-1952 (1992), the English-language study where it would appear to be most relevant. Although it isn’t skimped in David Bordwell’s Ozu and the Poetics of Cinema (1988), its treatment in Donald Richie’s earlier Ozu (1974) is relatively brief and dismissive. It seems pertinent that even the film’s title, which I assume derives from some Japanese expression, has apparently never been explicated in English.

It may be an atypical feature for Ozu, but it is stylistically recognizable as his work from beginning to end, especially when it comes to poetic handling of setting (a dismal industrial slum in the eastern part of Tokyo, where the heroine rents a cramped upstairs room in a house) and its use of ellipsis in relation to the plot.… Read more » 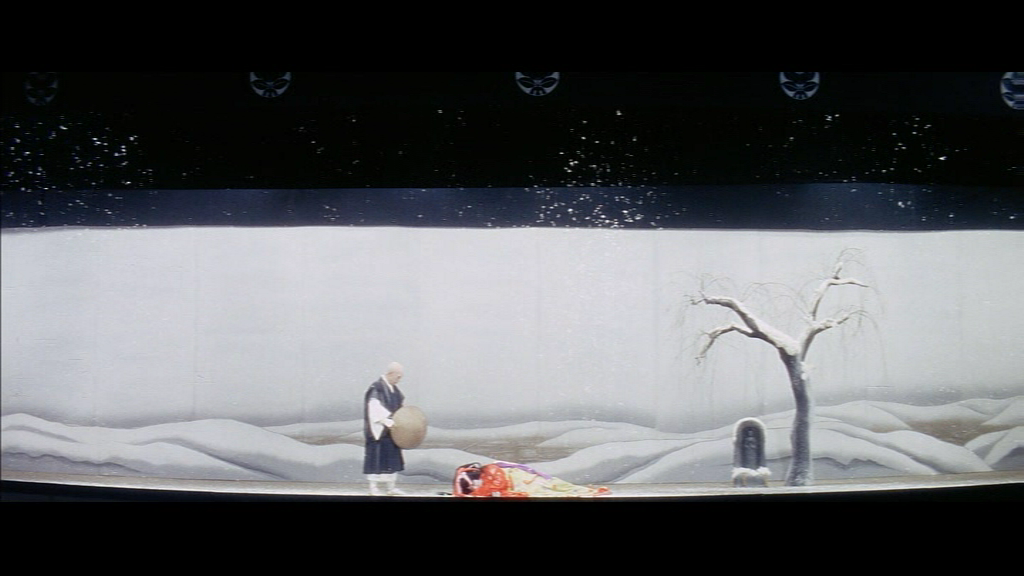 Scopophilia is a Freudian term that means the love of gazing, or pleasure in seeing. A punning use of the word often comes to mind when I consider the pleasures to be found in viewing ‘Scope movies. ‘Scope is movie buffs’ jargon for the anamorphic widescreen process known as CinemaScope (introduced by Twentieth Century-Fox in 1953 with The Robe) and a number of similar wide-screen formats; they dominated commercial filmmaking across much of the globe for well over a decade.

While a certain number of American movies today still make expressive use of this Band-Aid-shaped format — Shy People is an outstanding recent example — most directors consciously avoid it because they know that at least a third of the image will get lopped off when their work gets transferred to video.… Read more »