Written for the Library of America’s web site The Moviegoer. The version published there on May 3, 2017  differs somewhat from the original version posted here, especially the ending. — J.R.

No less than seven features to date have been based on works by Philip Roth, and three of these have been directed by first-timers, all of whom previously made their cinematic mark in other professional capacities. Ernest Lehman (1915-2005) had a long and distinguished screenwriting career before directing his own adaptation of Portnoy’s Complaint in 1972, and Ewan McGregor acted in over four dozen features before directing American Pastoral 44 years later. James Schamus, a film professor at Columbia University, had over fifty producing credits — plus writing and producing credits on all but three of Ang Lee’s features — before he added direction to his producing and writing on Indignation. This has yielded what Stephen Holden in the New York Times has called “easily the best film made of a Roth novel, which is saying a lot.”

Schamus’s dexterity in navigating both commercial film production and academia has served him well on this project, enabling him to honor his source while rendering it both accessible and personal.… Read more »

Thinking Inside the Box [CHILDREN OF MEN & PAN’S LABYRINTH] 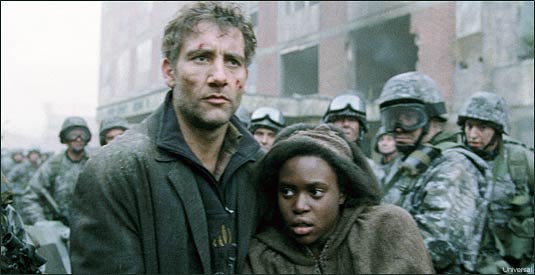 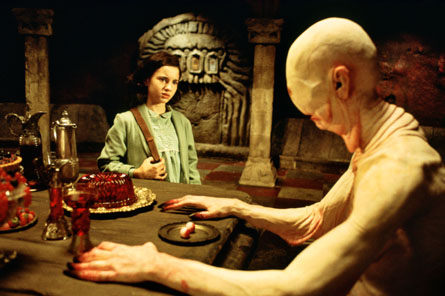 Over the past few years three highly talented and ambitious young Mexican film directors — Alfonso Cuaron, Guillermo del Toro, and Alejandro Gonzalez Inarritu — have made their way into the American mainstream. All three seem to have managed this trick by defining themselves mainly in terms of genre, which isn’t surprising given the industry’s insistence that everything be defined according to pitches and formulas, all in 25 words or less — the consequence of a desire to exhaust existing markets rather than attempt to nurture or create new ones.

Cuaron’s done some children’s fantasy (A Little Princess, Harry Potter and the Prisoner of Azkaban) and literary adaptation (Great Expectations), a sex comedy/road movie/coming-of-age story (Y Tu Mama Tambien), and now an action-adventure/SF/war movie (Children of Men). His most ambitious movies seem to cram together several genres — or at least the suits’ notions of genres.… Read more »

The second part (roughly the second half) of Chapter One of my most popular book, Movie Wars: How Hollywood and the Media Limit What Films We Can See (2000); for the first half, go here. The illustration below is from the now out-of -print English edition.  — J.R.

Is the Cinema Really Dead?

Susan Sontag’s essay “A Century of Cinema” — a generational lament whose validity for me both rests on and is partially thrown into doubt by its generational stance — has by now appeared in many languages around the world as well as in many different English-language publications, including the The New York Times Magazine (February 25, 1996), the “movie issue” of Parnassus: Poetry in Review (volume 22, nos. 1 & 2, 1997), The Guardian, and at least two book-length collections of essays. I’ve noted many interesting variations in this piece as it’s appeared in various settings, and assume that some of these represent subsequent revisions or afterthoughts on Sontag’s part. But the most striking differences appear between the ﬁrst version published in America — in The New York Times Magazine, with the strikingly different title “The Decay of Cinema” — and all the others, and I assume that these, including the title, stem from editorial interventions, or at the very least collaborations between Sontag and her editor or editors at the Times.… Read more »