The Voice and the Eye: A Commentary on the Heart of Darkness script

From Film Comment, November-December 1972 and Discovering Orson Welles (California, 2007) — the latter of which includes the following introduction. My apologies for some occasional glitches in the formatting, which I haven’t managed to rectify. — J.R.

The following article was inspired by my having been lent Welles’s first film script by the late, Cuban-born film critic Carlos Clarens while we were both living in Paris. This was supplemented eventually by my meeting with Welles, and initially by research in the library at that city’s American Center and correspondence with Richard Wilson, a longtime Welles associate who was probably unique among his close collaborators in his scholarly meticulousness (as evidenced in his suberb rebuttal to an article by Charles Higham about IT’S ALL TRUE, appropriately entitled “It’s Not Quite All True,” in the Autumn 1970 issue of Sight and Sound — an essay that lamentably had no sequels)

As a former graduate student at the State University of New York at Stony Brook in English and American Literature (1966-69) who had dropped out shortly before moving to Paris, I was still somewhat under the sway of that academic training when I wrote this piece, which partially accounts for its literary orientation.… Read more »

From Film Comment (January-February 1982); reprinted in my book Film: The Front Line 1983. My thanks to Jon Jost himself for furnishing me with the frame grabs from Last Chants for a Slow Dance and Stagefright. — J.R. 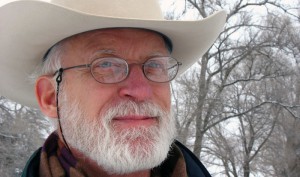 1. “This is a movie, a way to speak. It is bound, like all systems of communication, with conventions. Some of these are arbitrarily imposed, some are imposed by economic or political pressures, some are imposed by the medium itself. Some of these conventions are necessary: They are the commonality through which we are able to speak with one another in this way. But some of these conventions are unnecessary, and not only that, they are damaging to us, they are self-destructive. Yet we are in a bad place to see this. We are in a theater.” Jon Jost, addressing the camera and spectator in Speaking Directly (1974).

2. Despite five substantial and in many ways remarkable features under his belt since 1974, and nineteen shorts since 1963, Jon Jost at 38 is still a long way from becoming even an arcane household name in this country. Not that he makes it easy on anyone. His originality, technical virtuosity, and political sophistication have all tended to work against him by showing the rest of us up — thereby banishing him from most of the restricted genre and market classifications designed to protect us from his scorn, under avant-garde and mainstream umbrellas alike.… Read more » 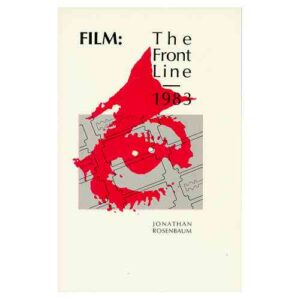 Item: In assorted outdoor locations all over the US, from a Santa Monica pier to a park in lower Manhattan’s Soho, Louis Hock has been showing a silent, triple-screen film of his own devising called Southern California. The film’s imagery is of the colorful, mythical sort that its title suggests: placid neighborhoods flanked by palms; a San Clemente flower farm; fruit and vegetables in a La Jolla supermarket; downtown Los Angeles glimpsed from the rotating Angel’s Flight Bar or from the top of the Hyatt-Regency. Southern California is actually one strip of film run consecutively through three adjacent 16mm projectors which are aimed at the same wall.

There’s a gap of 22 1/2 seconds between the time that the first and second panels in the triptych appear, and again between the reappearance of the same images on the second and third panels. Every image, consequently, appears twice in each 45-second cycle.

Rather than promote his movie in any ordinary way, Hock usually finds a public site (like the University of California’s San Diego campus, or the street level of the South Ferry terminal in New York, where Staten Island commuters pass), sets up his gear, waits until nightfall, starts to show his 70-minute film on a continuous loop and waits to see what happens.… Read more »