Try and Get Me! 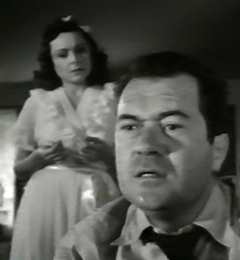 Conceivably the most anti-American Hollywood picture ever made — I certainly can’t think of any competitors — Cy Endfield’s brilliant and shocking thriller (originally known as The Sound of Fury) was adapted by Jo Pagano from his novel The Condemned, which was inspired by a lynching that occurred in California in the 30s. A frustrated and jobless veteran (Frank Lovejoy), tired of denying his wife and son luxuries, falls in with a slick petty criminal (Lloyd Bridges), and the two work their way up from small robberies to a kidnapping that ends in murder. Apart from an unnecessary moralizing European character, this masterpiece is virtually flawless, exposing class hatreds and the abuses of the American press (represented here by Richard Carlson as a reporter) with rare lucidity and anger. At once subtle and unsparing, this may be the best noir thriller you’ve never heard of, perhaps because Endfield’s American career was cut short by the blacklist the same year it was released (1951). With Kathleen Ryan, Katherine Locke, Adele Jergens, and Art Smith. (Film Center, Art Institute, Columbus Drive at Jackson, Friday, July 17, 7:45, 443-3737)