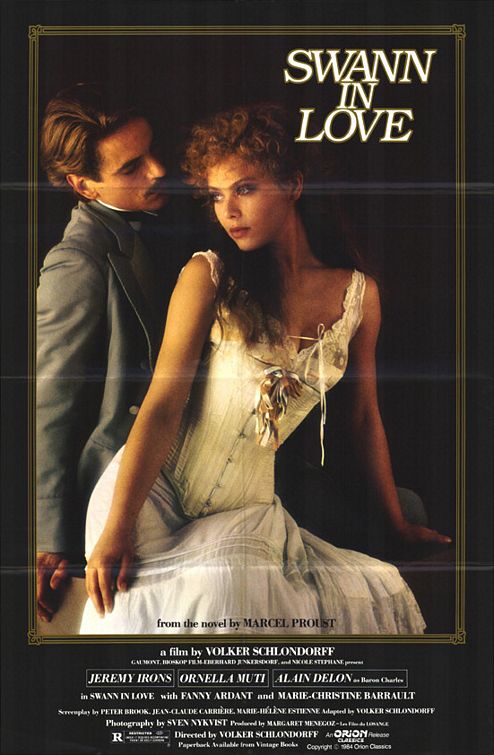 They said it couldn’t be done, and strictly speaking, it hasn’t been. Proust is ultimately as unfilmable a writer as they come, and any attempt to translate his work to the screen has to be a chancy undertaking. But if we approach Swann in Love as variations on a theme by Proust — a work in its own right, and not an effort to translate the untranslatable — then director Volker Schlöndorff’s elegant film emerges as much finer than critics have admitted.

Clearly, any work as labyrinthine as Remembrance of Things Past — or even Swann in Love, the lengthy, self-contained section of the first volume on which this film concentrates — has to be drastically simplified and formally revamped in order to fit within the borders of a feature film. The solution adopted is to focus almost exclusively on the events of a single pivotal day in the plot. Charles Swann (Jeremy Irons). a wealthy Jewish art critic of 19th-century Paris  who moves in aristocratic circles, discovers over this day that his infatuation with the courtesan Odette de Crécy (Ornella Muti) has grown into a jealous obsession. 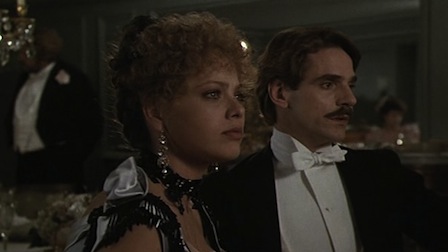 Despite all the superficial resemblances between film and prose, they evolve quite differently in time; and where the movie of Swann in Love succeeds most admirably is in its own ingenious strategies for combining a painterly look with a strong narrative development. The opulent salons, apartments, and outings of the original are realized with such perfection in Sven Nykvist’s photography that an entire world can be deduced beyond the edges of the frames. 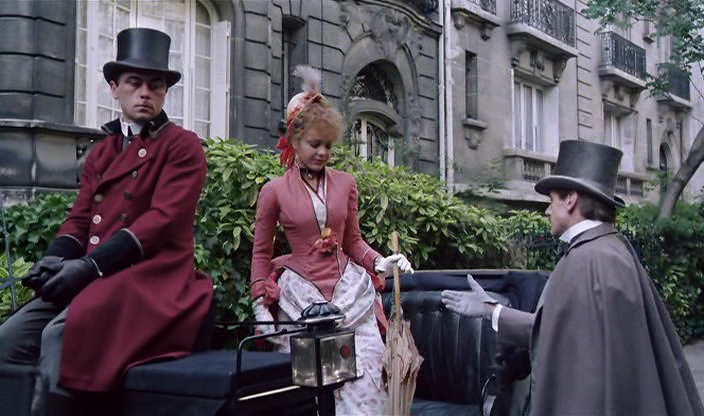 Many of the characters moving through this world are less mysterious and puzzling than their Proustian counterparts, because the camera dictates that we see them whole at first glance — as finished portraits rather than as compositions in progress. Consequently, even such inspired performances as Alain Delon’s Baron de Charlus — a homosexual dandy who is Swann’s best friend and confidant — has to aim for a very different comic effect than the Charlus of the novel, whose demonic appearances seem closer to the successive guises of Peter Sellers as Claire Quilty in Stanley Kubrick’s Lolita. By contrast, the main actresses — Ornella Muti, Fanny Ardant (the regal Duchesse de Guermantes), Marie-Christine Barrault (the brasy Madame Verdurin) — come closer to their models, if only because Proust’s female characters tend to be less complex. Together the men and women comprise the shifting center of a world of romance and illusion that Schlöndorff and his cohorts turn into a visual delight. — JONATHAN ROSENBAUM