The World as a Circus

I continue to find it astonishing that a film as important as Jacques Tati’s Parade continues to be ignored and unrecognized by most critics. This article about the film was published in the December 1, 1989 issue of the Chicago Reader. —J.R. 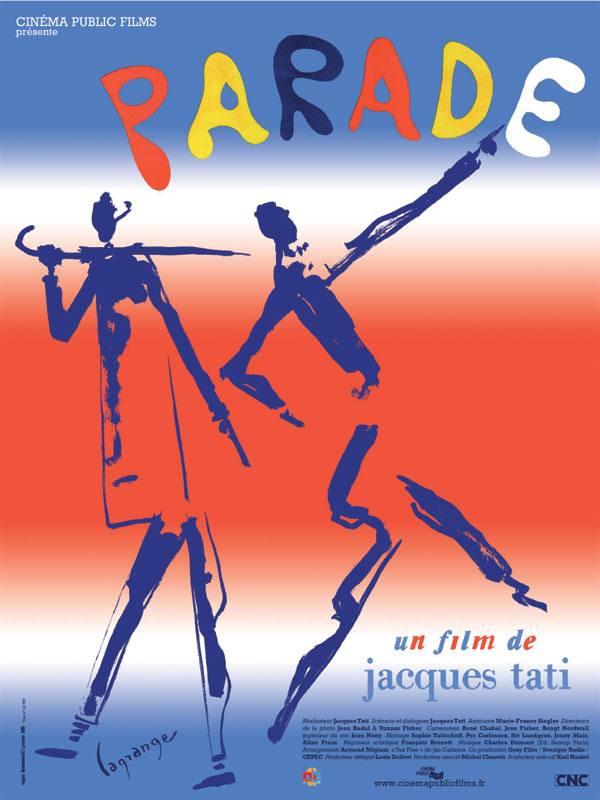 Directed and written by Jacques Tati

1. Jacques Tati’s last feature, Parade (1973), is about as unpretentious as a film can get. One of the first films to have been shot mostly in video (on a shoestring budget for Swedish TV), it’s a music-hall and circus show featuring juggling, music, gags, pantomime, minor acrobatics, and various forms of audience participation. Though it might seem a natural for TV––and in fact has been shown on TV, as well as theatrically, in Europe––it has never been broadcast in this country. Most critics who have seen it, including many passionate Tati fans, regard it as minor and inconsequential. (A striking and valuable exception is Kristin Thompson, whose article on it appeared in the film journal the Velvet Light Trap three years ago.) When, in 1984, a severely mutilated version––missing at least 15 minutes, including the crucial and sublime epilogue––was released in England, London reviewers who scream bloody murder if slasher films are slightly trimmed couldn’t be bothered to raise even a minor protest. Read more