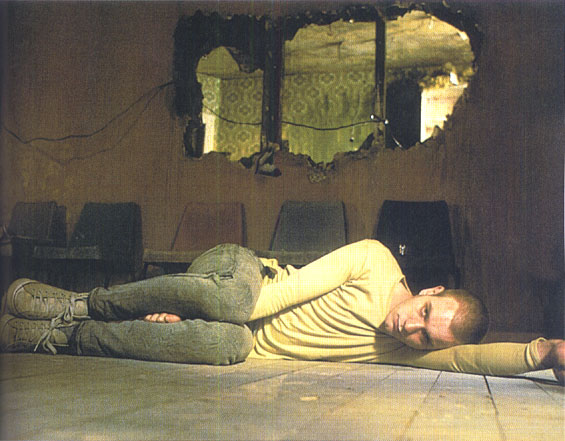 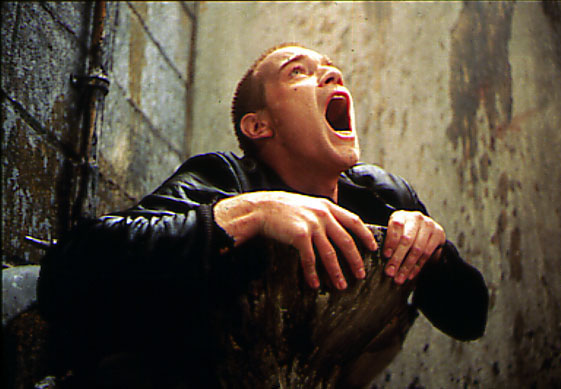 It would be pushing it to call Trainspotting a serious work of art or a major statement about anything, but as an edgy, artful piece of entertainment it beats any Hollywood release of the summer by miles. That isn’t much of a compliment. The awfulness of the current crop of “big” (i.e., extensively advertised) summer movies has been so unprecedented that when people ask me how I could find anything halfway nice to say about The Rock and Independence Day, I can only refer them to the even worse dreck they were fortunate enough to miss. Context changes everything: at Cannes, where I first saw Trainspotting, there were at least nine other movies I liked more, and perhaps another seven or eight I liked as much. But in the context of commercial movies this summer, the film unquestionably shines.

Adapted from a 1993 novel by Irvine Welsh, who has a cameo in the movie as a drug dealer, Trainspotting was created by the same team that turned out the much less interesting Shallow Grave: producer Andrew Macdonald, director Danny Boyle, writer John Hodge, lead actor Ewan McGregor, and the same cinematographer, production designer, and editor. Read more 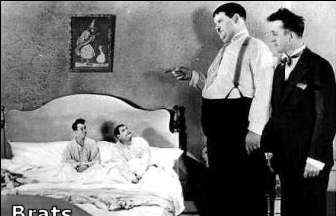 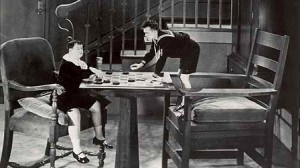 While Laurel and Hardy try to play checkers, they are repeatedly interrupted by the fights and antics of their two sons, miniature replicas of themselves; eventually they send them up to bed. After putting on their pyjamas, the kids continue to wreak havoc: as Hardy Jnr. looks under the bed for a mouse, it crawls on to his bottom, and Laurel Jnr. fires at it with a toy gun; Hardy Jnr. howls in pain, and Laurel Jnr. fills the bathtub to offer him relief, leaving both taps on. They spar with boxing gloves before their fathers appear once more, and Hardy is persuaded to sing them a lullaby; when one of the kids asks for a glass of water and Hardy opens the bathroom door, the room is flooded. 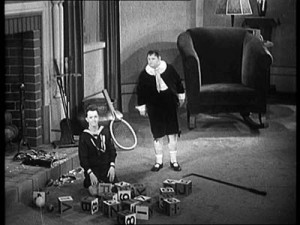 A clever use of double sets — each room scaled separately to match the respective sizes of fathers and sons — and a baby Hardy without a moustache aren’t really enough to make this more than a minor Laurel and Hardy effort, although there are a few compensations along the way, most notably Laurel’s adage that “You can lead a horse to water but you can’t make a pencil lead”, and Hardy’s lullaby, which quickly gravitates into a scat-yodeling exercise. Read more 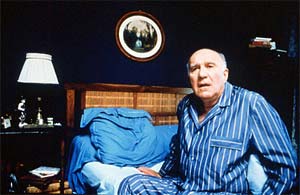 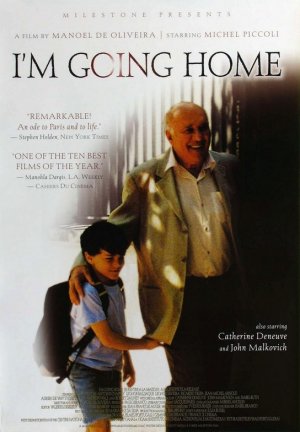 It seems entirely fitting that I’m Going Home — a beautiful feature by Manoel de Oliveira, who turns 94 this December and is still going strong — should open in Chicago, at the Music Box, just after September 11. This 2001 French film by a Portuguese master who occasionally makes films in France is the kind of quiet masterpiece that fully registers only after you’ve seen it — a profound meditation on bereavement and other kinds of loss (including losing one’s way) as well as on everyday life and things right under our noses that we accept as “other,” including old age and art and different cultures.

The French DVD of this film has an interview with Oliveira in Portuguese, subtitled in French, in which he explains what this movie means to him. He speaks alternately about the film’s plot, which he calls a tragedy, the real incident that inspired it (a famous actor in his 70s forgot his lines while shooting a film), and what he calls the “tragedy of our civilization.” Read more