Mudpie Modernism [on THE PERFUMED NIGHTMARE] 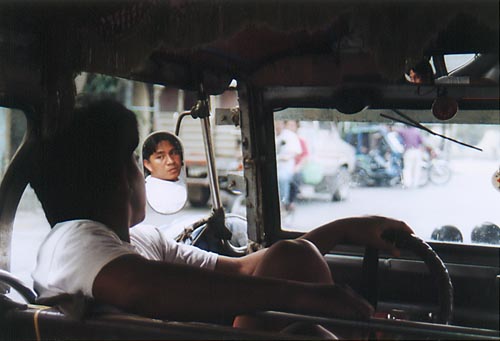 A film by Kidlat Tahimik 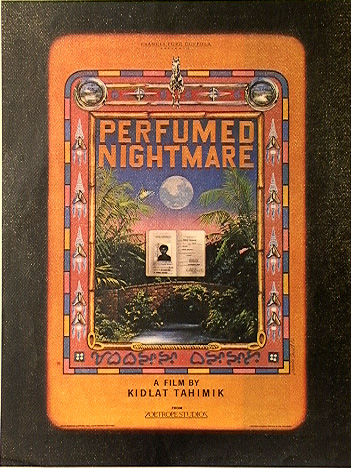 An odd, elusive 1971 Filipino filibuster, a first feature that somehow disassembles more than it assembles, Mababangong Bangungot (The Perfumed Nightmare) has a nearly total absence of “technique” — pacing, composition, acting, rhythm, budget — that is inextricably bound up with its subject, an all-around ambivalence about American knowhow. This makes it intermittently sluggish to watch, and theoretically fascinating to think about. Combining autobiography with fantasy, “magical realism” with cornball folklore and enchantment (with American technology) with disenchantment, it’s as unremittingly screwball as a house built of chewing gum wrappers and cigarette packs. 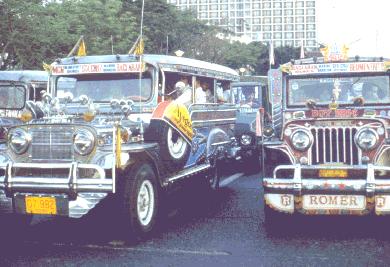 Don’t go expecting anything remotely decadent, despite the fancy title: the movie is as pure and innocent as the driven snow. (Or almost — the filmmaker, unlike his movie counterpart, spent almost a decade in Europe.) Kidlat Tahimuik, who wrote, produced, directed, and stars in this doggedly homemade production, presents himself as the driver of a brightly painted taxi-bus in his native Filipino village. He’s the proud possessor of a transistor radio, whose broadcasts lead him to become the founder of a local Werner von Braun Fan Club. 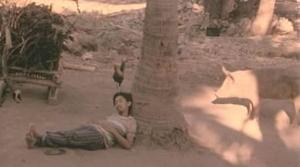 After writing a letter to Voice of America asking what were the first words spoken on the moon, Tahimik grossly mispronounces part of the reply (“That’s one small step for man, one giant leap for for mankind”) — a nice ironic touch suggesting that language colonizes as much as guns or property. Later, after the hero is whisked away to Paris by an unconvincing cartoon American to work as a loader of gumball machines, he mispronounces the French inscription on a building even more pointedly, so that ordre (order) becomes ordure (garbage) and but (goal) turns into boue (mud).

Working with the most nonexistent sense of rhythm since the films of Daniel Schmid, Tahimik’s nontechnique initially recalls the wittier stance of a conscious technical primitive like Luc Moullet. Yet after a bit, as it becomes clear that Tahimk has much less historical or critical knowledge of film than Moullet, one becomes equally aware that he does have a metaphorical/conceptual imagination of some density. (The movie is an anthology of bridges and rocket-shaped structures, along with gumballs, eggs, and onions.) Strained through Tahimik’s impoverished means — Heaven’s Gate cost 4000 times as much to make — this quasi-literary talent comes out looking and sounding pretty weird. 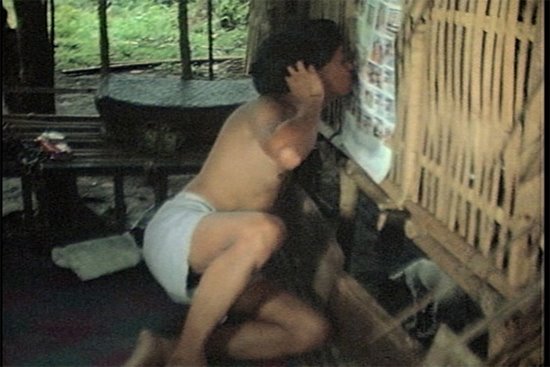 Patchy throughout, The Perfumed Nightmare has been aptly described by Tahimik as “an exercise in learning the art of filmmaking.” A starting-from-scratch enterprise by a late starter (born in 1942), encouraged along the way by Werner Herzog (who featured him in a small part as a Peruvian Indian and circus freak in The Mystery of Kasper Hauser), it might have been more memorable if it were every bit as technically chaste and original as some of its champions contend. 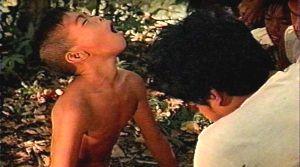 But an early sequence recalls Buñuel’s Mexican Bus Ride, while a late episode, intercutting the lowering of an onion-shaped church dome with the cries of a pregnant woman Tahimik’s real-life Bavarian wife), suggests a grammar-school version of Dovzhenko crossed with, say, Little Lulu. As a form of mudpie Third World modernism, it’s a unique mixture all right — but one whose static conceits, like those of Syberberg;s Our Hitler, often hover on the edge of monotony. 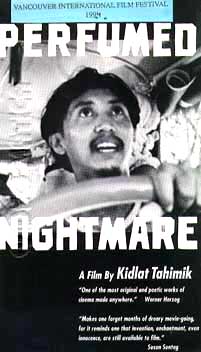