From the Chicago Reader (October 1, 1996). This film is now readily available in the U.S. and the U.K., and while writing an essay about it for the Criterion release, I came to treasure it a lot more than I did when I wrote this capsule. — J.R. 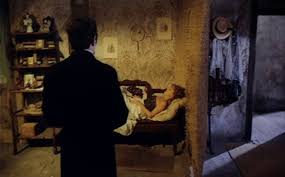 This rarely screened hour-long Isak Dinesen adaptation by Orson Welles — his first release in color (1968), originally intended for a never-completed anthology film — is far from one of his most achieved works. But thematically and poetically it exemplifies his late lyrical manner, and it provides clues as to what his most treasured late project — another Dinesen adaptation called The Dreamers, for which he shot a few tests — might have looked like. Set in 19th-century Macao (though filmed modestly in France and Spain), this parablelike tale stars Welles as a lonely and selfish merchant who gets his Jewish secretary (Roger Coggio) to hire a courtesan (Jeanne Moreau) and a sailor (Norman Eshley) to reenact a story. It’s awkward in spots yet exquisite. (JR) 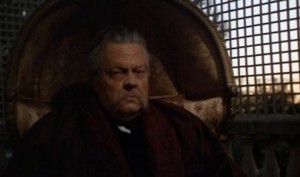