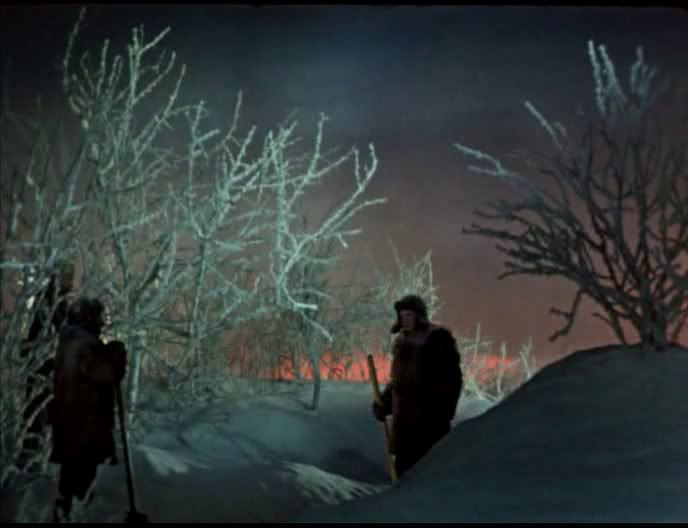 Alexander Dovzhenko’s first color film and last completed feature (1948, 103 min.) was based on his play Life in Bloom, a biography (verging on hagiography) of the celebrated Russian botanist Ivan Michurin. Both the play and its screen adaptation attracted the interest of Joseph Stalin, who dictated various revisions; in fact Dovzhenko may have removed his name from the film in protest, as the credits list his wife, Julia Solntseva, as director and identify him only as the producer and screenwriter. Certain characteristic touches show up here and there — some signature landscapes, a powerful passage evoking John Ford that shows Michurin’s grief over his wife’s death — but generally this is a feel-good Stalinist biopic. Perhaps the most interesting propaganda comes in the opening scene, when a wealthy American (speaking in English) attempts to lure Michurin to the States with untold riches. In Russian with subtitles. (JR) 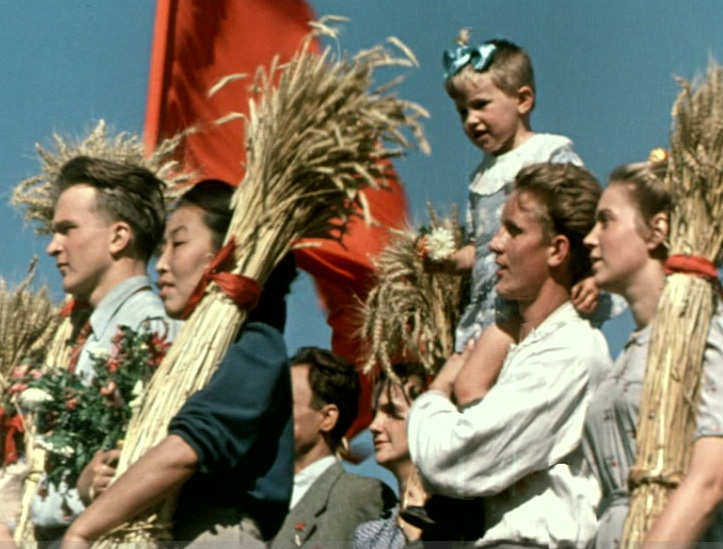 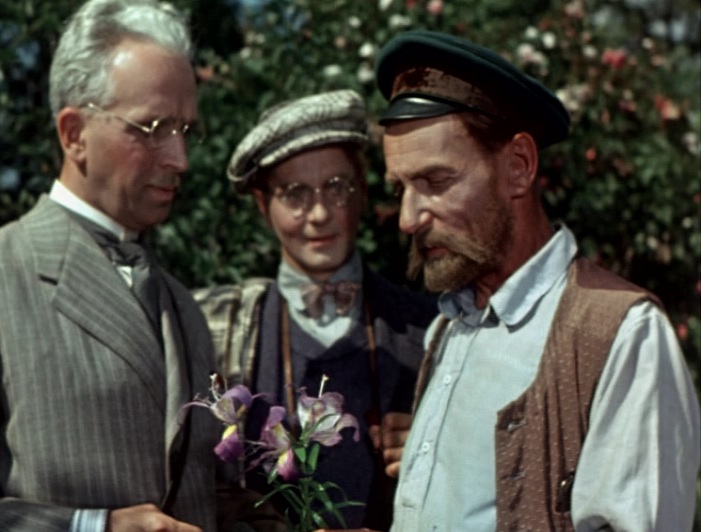