Commissioned by and published in Frank Films: The Film and Video Work of Robert Frank, a 2009 German retrospective catalogue published in English. You can see a few brief glimpses of the video in the fascinating recent documentary Don’t Blink — Robert Frank. It was produced by Philippe Grandrieux for French television. — J.R.

“I’ve seen La chouette aveugle seven times,” Luc Moullet once wrote of Raúl Ruiz’s intractable masterpiece, “and I know a little less about the film with each viewing.” Apart from being both intractable and a masterpiece, I can’t say Robert Frank’s One Hour [also sometimes known as Sixty Minutes)  has anything in common with the Ruiz film, yet what makes it a masterpiece and intractable is the same paradox: the closer I come to understanding it, the more mysterious it gets.

My first look at this single-take account of Frank and actor Kevin O’Connor either walking or riding in the back of a mini-van through a few blocks of Manhattan”s Lower East Side — shot between 3:45 and 4:45 pm on July 26, 1990 — led me to interpret it as a spatial event capturing the somewhat uncanny coziness and intimacy of New York street life, the curious experience of eavesdropping involuntarily on strangers that seems an essential part of being in Manhattan, an island where so many people are crammed together that the existential challenge of everyday coexistence between them seems central to the city’s energy and excitement. (The previous sentence — an attempt to approximate the phenomenology of discontinuity within an overall delirium of continuity, like any walk through a busy New York street in summertime — can offer only a pale echo of what Frank’s camera does.) 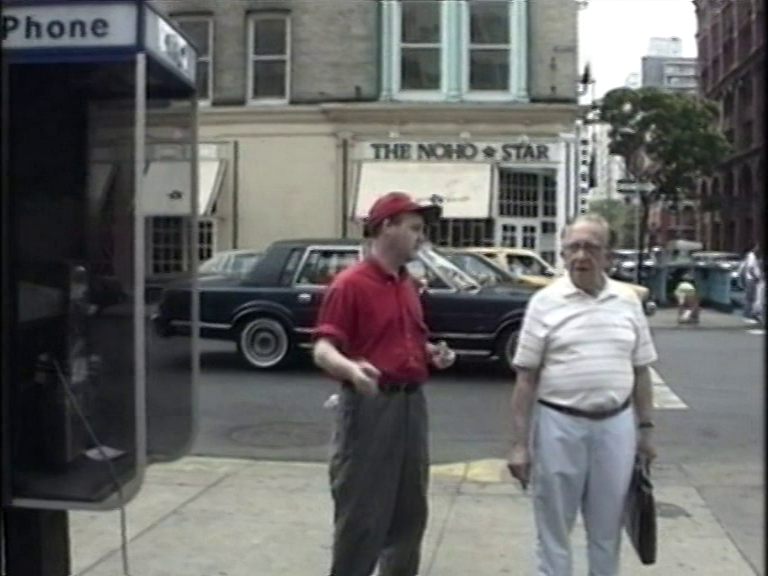 But this was just a first impression. A second look highlighted the degree to which Frank’s rambling itinerary seems to recapitulate a tradition of North American experimental cinema harping on the perpetual motion of protagonist and/or camera, encompassing such varied works as At Land, Dog Star Man, and Michael Snow’s camera movement trilogy, in which narrative becomes a kind of stream of consciousness as well as a sort of journey, even if the journey (as in Snow) proceeds mechanically and in successive jerky zooms or pendulum-like arcs or circles, retracing the same patterns and/or spaces. 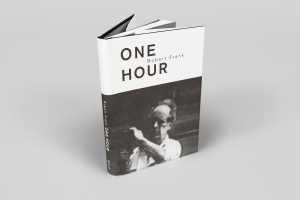 Then I encountered the closest thing One Hour has to a skeleton key — a tiny book issued by Hanuman Books in 1992, comprising mainly a transcription of the dialogue heard (over 74 pages), but also two pages of credits: half a dozen production or crew workers and 27 actors. Plus an acknowledgement that the video has a script (by Frank and his assistant, Michael Rovier), that a conversation heard in a diner is written by Mika Moses, and that the lines of Peter Orlovsky (intercepted by Frank roughly halfway through the hour, in front of the Angelika Cinema on Houston Street) — who gradually wrests the video’s apparent center away from O’Connor — are “total improvisation”. 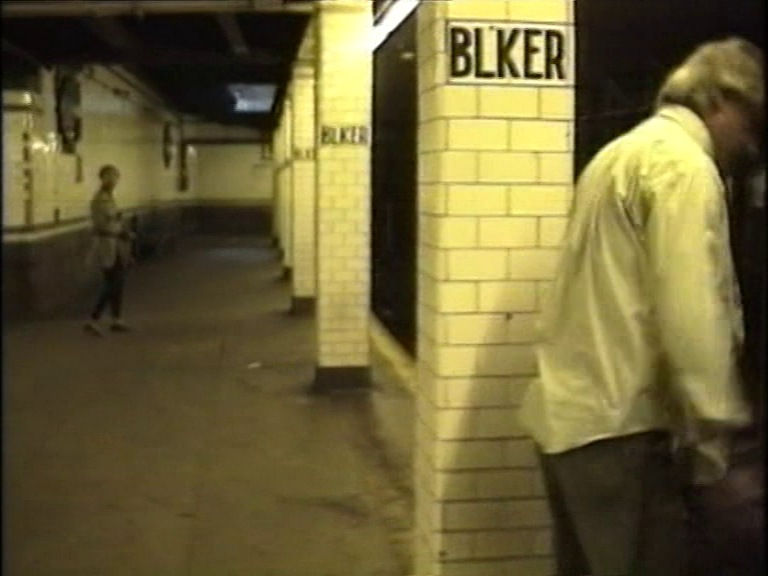 And here’s where the mysteries truly begin. How much of Frank’s apparently random drift is precisely plotted, how many seeming chance encounters are staged and intricately coordinated, and how much of what we see and hear is extemporaneous? The volatile, unstable mixtures of chance and control can never be entirely sorted out. (What about that guy with a briefcase standing across the street from the Noho Star? He seems to be waiting for someone, but when we find him still there half an hour later, we start to wonder if he’s a planted extra.) In short, how much this is a tossed-off home video about Frank’s neighborhood and how much it’s a contrived board game spread out over several city blocks ultimately becomes a metaphysical question. So perhaps Frank isn’t so far away from Ruiz after all.