This book review appeared in the December 14, 1984 issue of the Los Angeles Reader. For more on Wurlitzer, readers are invited to check out my reviews of Walker and Candy Mountain in the Chicago Reader, both available on this site, as well as a more comprehensive piece about his work as a novelist and screenwriter, published in Written By.  — J.R. 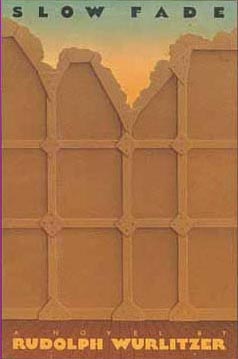 The difference between the art novel and the Hollywood novel can be as vast as the reaches between the East coast and the West coast, and any effort to wed the two in a shotgun marriage is liable to blow up in one’s face. Slow Fade, while an exceptionally and deceptively easy read, is far from being an easy book — which is one of the best things about it. That’s probably what Michael Herr means by “dangerous” in his jacket-blurb patter: “Slow Fade comes out of the space between real life and the movies and closes it up for good. A great book: beautiful, funny, and dangerous.” Any novel that begins with one character losing an eye and ends up with another losing his index finger is bound to be fraught with scary Oedipal tensions, and Slow Fade goes out of its way to make the most out of them. Read more