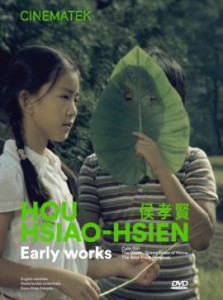 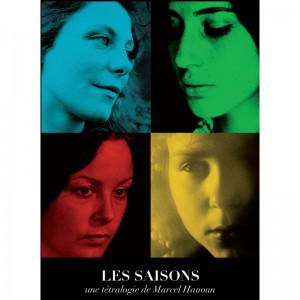 Since I’m about to leave in a few days for visits to Madrid and Lisbon — to be followed, only four days after I return, to a separate trip to Bologna, Paris, Potsdam, and Frankfurt, in that order — I can’t pretend to do justice to either of these exceptional releases, apart from telling you that they exist, where they come from, and a little bit about them. The two excellent labels responsible for them — Cinematek in Brussels, Re:Voir in Paris — were kind enough to send me review copies at my request in each case. Ordinarily, I would (and should) have covered both in my “Global Discoveries on DVD” column in Cinema Scope, and the only excuse I can offer about why I haven’t is that both of them are sufficiently special to seem daunting. In fact, so far I’ve only sampled each package long enough to glimpse some of the riches that I’m still looking forward to savoring in detail later.

In other respects, I hasten to add, they’re really quite different from one another, apart from the fact that both have suggested to me, from disparate angles, the postulate that being regarded as an auteur qualifies in certain ways as a class privilege. That is to say, when Hou Hsiao-hsien was making Cute Girl (1980), The Green, Green Grass of Home (1982) and The Boys from Fengkuei (1983), he was still basically working as a commercial employee — a fact tactfully and otherwise carefully dealt with but not worried over in the audiovisual essay by Cristina Álvarez López and Adrian Martin about Cute Girl (the only one of these features I’ve seen so far in this box set, but it’s worth adding that this package contains essays by the two of them on all three). And Cute Girl, as López and Martin cogently demonstrate, is clearly the work of a budding auteur as well as a commercial assignment — a light romantic comedy with songs that periodically suggests a Taiwanese equivalent to a beach-blanket movie — designed to distract us from seeing it in such a fashion. (Shigehiko Hasumi, who has written about the film in Jean-Michel Frodon’s French critical collection about Hou, takes a comparable approach.)…In keeping with Cinematek’s exemplary work, these lovely restorations are outfitted with optional English, Dutch, and French subtitles to translate their Mandarin and Taiwanese dialogue. 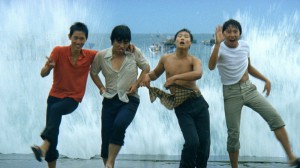 Marcel Hanoun, while he was incontestably and even defiantly an auteur throughout his prodigious career, was never accorded the honor and  respect due to one in France, for a variety of reasons that are only partially a matter of class and are also undoubtedly tied to the fact that he was temperamentally anything but a “team player” when it came to French cinema as a communal entity. At least the Lettrists had a “movement” to call their own, but Hanoun — arguably the most independent of all French filmmakers (much as Jon Jost might be regarded as the most independent of all American filmmakers) — had only himself, barring occasional help from a few allies (such as Godard, who helped him by writing about Une simple histoire and helping him to pay for The Authentic Trial of Carl Emmanuel Jung, the second of which is also available with English subtitles from Re:Voir; or New York’s Anthology Film Archives, which showed Hanoun’s work at the same time that it ruled out all of Hanoun’s New Wave contemporaries). 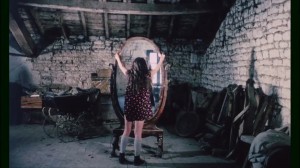 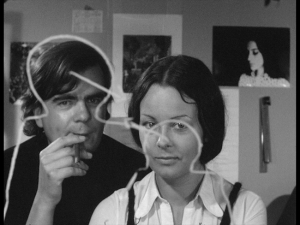 Back in the 70s, when I was living in Paris, I managed to see two parts of Hanoun’s quartet of features devoted to the seasons, Le printemps (1970) and L’automne (1972) — no easy matter, because they were shown infrequently — and wrote about the second of these in Film Comment. I also once attended a meeting called by Hanoun to start a new magazine, the first issue of which he wound up editing, called Cinéthique (before it got taken over by theoretical ideologues with a post-Maoist bent). And now that I have all four seasons before me, I’ve seen for the first time L’été (1968), the first one made in the series, and look forward to catching up with L’hiver (1969) in the forseeable future. [May 29 postscript: Adrian Martin has reminded me that in fact I saw the film in Mexico City with him, at FICUNAM, in early 2013. A disquieting memory lapse!]  L’été, made in August 1968, reportedly enraged a lot of French cinephiles by responding to May ’68 in such an aggressively oblique manner, focusing chiefly on a young woman (Grazilella Buci) in various states of undress and repose, alone in a house in Normandy, reading Kleist and Marcuse, among others (the film quotes as much as Godard ever has), and shifting between still photographs and film with various kinds of continuity and discontinuity in the marvelous editing, often scored to classical music. 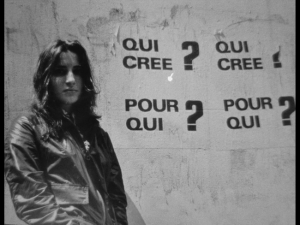 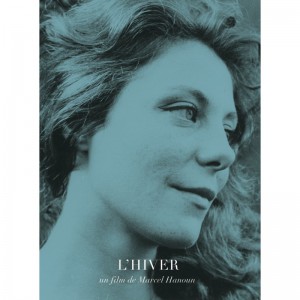 Re:Voir’s box set of The Seasons includes a 100-page bilingual booklet, including an interview with Hanoun, that’s very attractive and useful, although I wish it had mentioned the work done on at least two of the films by Babette Mangolte (as camera assistant), who got her start on these films before going on to shoot major films by Chantal Akerman, Yvonne Rainer, Jackie Raynal, Sally Potter, and others, as well as several fascinating films of her own. For further help in Hanounian matters, there’s a useful essay by Nick Pinkerton available online. [5/27/16, updated 11/26/20]