The Son Of Gascogne 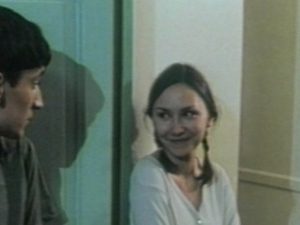 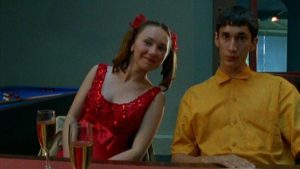 Pascal Aubier directed this sweet and winsome 1995 French comedy. A 20-year-old tour guide (Gregoire Colin) in charge of Georgian singers giving a Paris concert pretends to be the son of a famous (but fictional) French New Wave director named Gascogne alleged to have left behind an unseen masterpiece when he died in the mid-70s. This impersonation momentarily gains him admission to the French film world, an identity, and even the love of a young Georgian woman, who accompanies him around Paris in a giddy sequence in which they reenact famous scenes from French New Wave classics. Part of what makes Aubier, a middle-aged filmmaker, tolerant about this deception is his hero?s tender years; charmed and intimidated by the mythology of the New Wave, the boy finds that the only way he can become heroic, to himself and to others, is to become part of something that ended around the time he was born. This reveals a telling postmodernist dilemma for cinema as a whole, not just the French cinema: directors like Quentin Tarantino require allusion and imitation for their very existence, not simply as a means of getting ahead or being fashionable, and this romantic and alluring story dives gracefully yet forcefully into the heart of this dilemma. With Alexandra Stewart, Bernadette Lafont, Claude Chabrol, Otar Iosseliani, Stephane Audran, Jean-Claude Brialy, Macha Meril, Marina Vlady, Marie-France Pisier, Jean Rouch, Richard Leacock, and Bulle Ogier, among others, all playing themselves.